The Stealth 700 Gen 2 released by Turtle Beach last year was an impressive wireless headset, but it left room for improvement. Sound quality wasn't always as accurate as it could have been. Although it provides Bluetooth for connection to PCs and other devices, the headset is designed for use with Xbox consoles via Microsoft's Xbox wireless technology.

The new Stealth 700 Gen 2 Max expands your network, since the “Max” bit means “maximum compatibility”. Bluetooth is still available, but the Max headset now includes a new USB wireless adapter to provide a faster, lag-free alternative to Bluetooth for PC, Mac, Playstation 4 and PlayStation 5, and Nintendo Switch. Turtle Beach has improved the battery life of the headphones, doubling it to 40 hours for this model. Elsewhere, the design of the Stealth 700 Gen 2 Max is unchanged, using the same 50mm neodymium drivers as its predecessor, housed in fairly large, but comfortable, ear cups. That's relatively expensive for a gaming headset, however keeping the price under $200 keeps it in line with rivals like the SteelSeries Arctis Pro, and well below luxury brands like the Master & Dynamic MG20 wireless gaming headset. . And, if you're an Xbox Series X owner, the original 2021 model of the Turtle Beach Stealth 700 Gen 2 Max is still on sale for $150.00 ($120.00 / AU$249.00).

At this price, you should also consider the best PC gaming headset, as there may be something else to your taste. If you're looking to spend less, check out the best budget gaming headsets.

Admittedly, the Stealth 700 Gen 2 Max isn't the fanciest of headphones, and its chunky ear cups and sturdy metal and plastic headband make you look like a Cyberman from Dr Who. However, the design is very comfortable and the memory foam padding on the ear cups, with a hint of cooling gel, prevents you from overheating when the going gets tough.

Turtle Beach also pays great attention to detail, with a ProSpecs feature that lets you adjust the earmuffs if you wear glasses. The boom mic automatically mutes when you push it up, and we also like that the mic stows in the body of the left earcup, completely hiding it when not in use.

We tested the Stealth 700 Gen 2 Max with its USB adapter plugged into a gaming PC, and the headset automatically pairs with the adapter, so it doesn't take long to boot up. However, Turtle Beach also offers an Audio Hub app for iOS and Android devices, which you can use via Bluetooth. The app isn't essential, but it does include useful options like EQ settings to adjust bass, treble, vocals, and the ability to adjust microphone sensitivity.

We encountered some issues when switching between USB and Bluetooth audio. The Audio Hub app on iPhone could connect to the headphones via Bluetooth and adjust various settings, but it would not allow us to play audio via Bluetooth. It took a bit of experimentation and Reddit research to figure out the issue. It didn't help that I had to download a separate app for PC/Mac to update the headset's firmware.

So while the USB adapter offers a quick and easy option for audio pairing, the Bluetooth side of things seems a bit erratic. The USB adapter also has a USB-A connector, with no supplied adapter for USB-C connections, so if your gaming rig only has USB-C, as is the case with many laptops these days, you'll need to provide your own. adapter.

Our review of the original Turtle Beach Stealth 700 Gen 2 noted that the headphones can sound a bit "fuzzy" at times, but the 2,4GHz adapter that comes with the Stealth 700 Gen 2 Max means sound quality isn't. . mercy of highly compressed Bluetooth audio. There's a rich, woodsy texture to the didgeridoo that opens Kate Bush's The Big Sky (Meteorological Mix), and the Stealth 700 Gen 2 Max lands the catchy bass riff with a satisfying punch. The rush of drums and percussion in the last stretch of the song sounds terrifyingly powerful and rhythmic. There is still a little room for improvement, as smaller details such as the bright tambourine get lost a bit in the dense wall of sound. 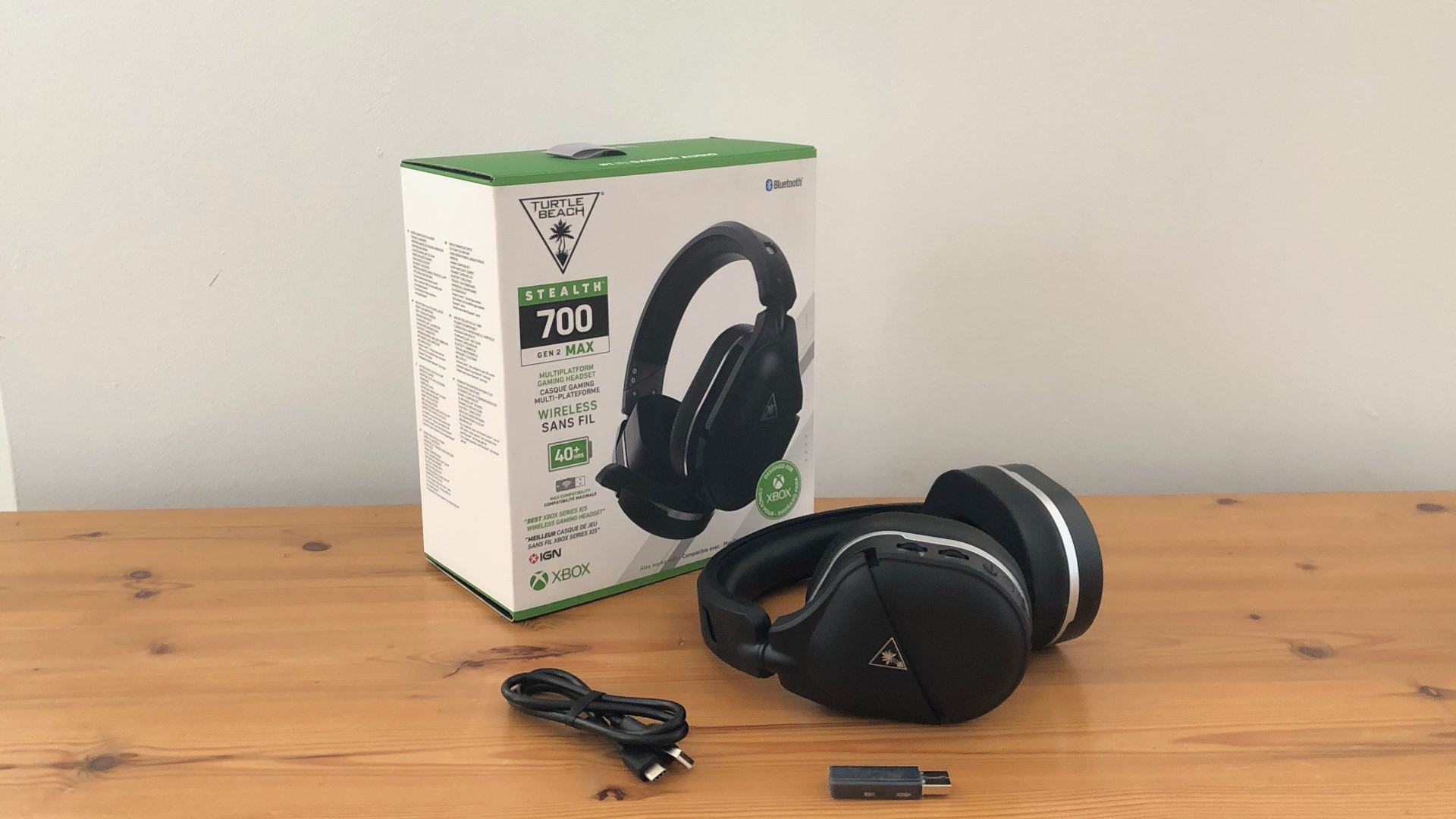 However, the sound works fine for gaming. It's a rainy day in The Elder Scrolls Online, and the eerie rumble of distant thunder sets the mood when I log in. The game's orchestral score plays appropriately, and there's a satisfying bass noise as my wizard starts casting spells.

There is also a button on the left ear cup that can activate the "superhuman hearing" mode. This setting reduces the bass a bit and boosts the high frequencies so you can hear details like soft footsteps more clearly. I'm standing on the outskirts of a small town, and the "superhuman" mode noticeably accentuates the movements of other players, making it easy to track their movements as they circle around me. It may not be essential for open world games like ESO, but it will certainly come in handy for team shooters where you have to be very careful about the location and movement of opposing players, like Overwatch 2.

The microphone works well too, picking up my voice very clearly, and the Audio Hub app lets you adjust the microphone's sensitivity and activate a "noise gate" that helps block out low-level background noise.