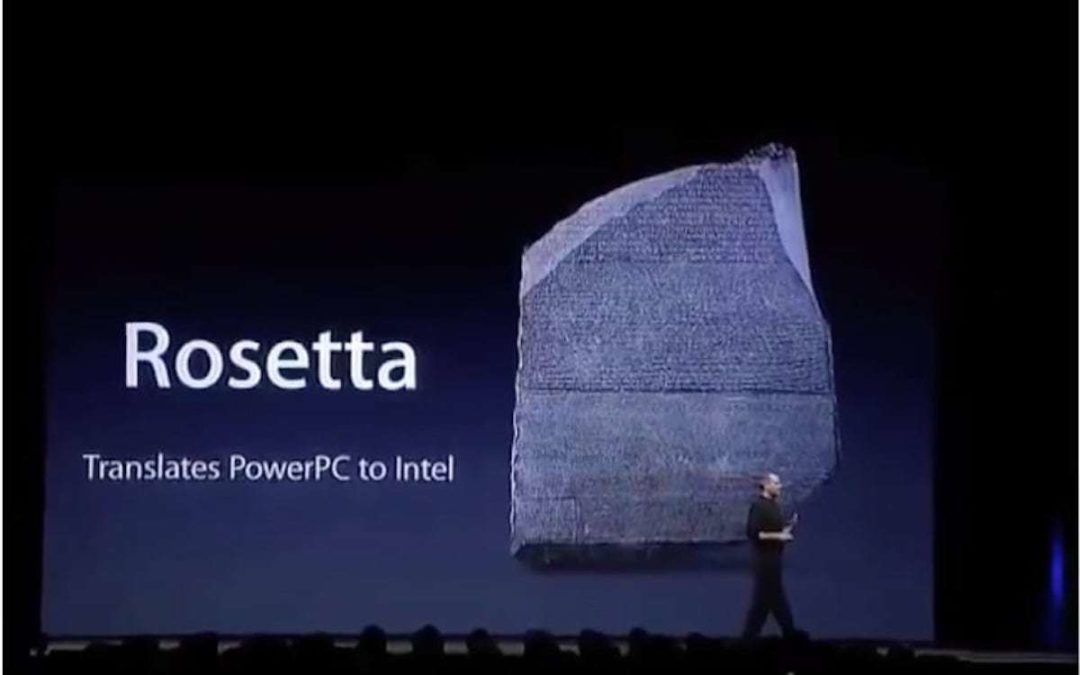 The problem is that applications are designed to run on specific processors and not all developers have done all the work to get their apps to run natively on Apple Silicon Macs. Macs with M1 technology can run native, universal (where the installer contains code for Intel and Apple chips), and Intel applications.

Rosetta 2 is an emulator designed to ease the transition between Intel and Apple processors. It translates applications designed for Intel to run on Apple Silicon.

The whole process takes place in the background and while it may have a slight impact on application performance, early reports suggest that the performance improvement for the switch to the M1 chip more than makes up for it.

"Rosetta is a translation process that allows users to run applications that contain instructions," says its developer page. “Rosetta's goal is to ease the transition to Apple silicon, giving you time to create a universal binary for your application. It is not a replacement for creating a native version of your app. »

What is the translation process?

Rosetta can also translate dynamic code or JavaScript on the fly.

Can I run an x86 plugin with my application?

When using a Mac M1, you'll find that it will always prefer to run arm64 instructions on Apple's silicon. Nevertheless, sometimes an application contains ARM and X86 instructions, and if so, the user can restart the application using the Rosetta translation from the Get Info window. 'application in Finder. Select the app, press Command-I, and check the Open using Rosetta box. This is only really useful if you need to run an old plugin on an app that runs natively on M1, for example.

Developers are also creating universal applications that will run natively on Intel and M1 Macs. Applications that are not yet available natively or universally may require a small update to enable Rosetta 2 support, but will work fine later.

Key apps like Word are already running on the M1 and Adobe is promising a native M1 version of Photoshop early next year, with Lightroom coming "soon". Of course, you can also run all iOS apps on the M1 chip, if the developers allow it.

Apple has used the name Rosetta before.

When he migrated the Mac from PowerPC to Intel chips, he used something of the same name to perform the same function of enabling PowerPC applications on Intel chips.

Although the name and purpose remain the same, there is a big difference between this form of Rosetta and the Rosetta we use today, as Apple developed the target processor, which means it thought of Rosetta's needs when designing the M1. .

This means that it was able to build some of the elements necessary to provide this support on the chip itself. This is why some applications running in Rosetta emulation on an Apple Silicon Mac run faster than on Intel, because despite having a low performance impact, they still benefit from the huge performance benefits that provides switching. to the M1 processors.

As I explained here, I have been using a Mac mini M1 for a while. In my experience, most applications perform just as well (often much faster) when running on the M1 chip as they do on the equivalent Intel-powered Mac.

It should also be noted that these processors offer excellent memory management. Apple has developed a technology it calls Unified Memory Architecture (UMA) that shares memory among all processor functions. Since the memory, processor, and other parts of the system are housed on the chip, you can expect great performance. This is especially noticeable in graphics intensive applications, which I think run even faster than before.

How long will Rosetta 2 be available?

We do not know if Rosetta 2 will continue to be available.

Historically, Rosetta was included in OS X 10.4.4 Tiger, became a downloadable option in OS X 10.6 Snow Leopard and in support, but disappeared the following year, although in this case the transition was completed earlier. than expected when Apple stopped selling Macs based on the older architecture.

Apple has committed to completing the transition between Intel and Apple Silicon processors within two years, suggesting that it will be there to support this and will continue to be available in later releases. Apple knows that people will always buy new Macs with Intel processors during this transition.

With that in mind, it seems plausible to think that Apple will maintain support for Rosetta 2 on macOS until at least 2023. For more information on Rosetta, see this Apple developer note.