The Handmaid's Tale season 5: Everything we know The Handmaid's Tale Returns for Season 5. After the shocking events of the Season 4 finale, the story is clearly not over for June (Elisabeth Moss). While she may have made it to Canada, the fallout from her choice in Gilead will no doubt continue to unfold in this next series of episodes, and while the journey of a key character in the series is over, many are still in a free ending in the season 4 finale.

Then, What do we know about season 5 of The Handmaid's Tale? Will this be the last season? Will the story start adapting Margaret Atwood's follow-up book The Testaments for now? Let's go over everything the cast and creators have said so far about what's to come and where we've left the series' cast of characters at the end of season 4.

Release date: The Handmaid's Tale season 5 does not have a set release date yet; in fact, it doesn't look like they're ready to film yet. In June 2021, creator Bruce Miller said, "We're starting to gather our wool, call our writers, and bring people together to bring them together." This would suggest that the shooting is very far away, although the renewal of the series was announced in December.

Cast: Almost all of the main cast members are expected to return, with the exception of Joseph Fiennes.

Synopsis: As June fled to Canada, what price will she pay for the actions that brought her there? That's what we hope her arc will focus on next season.

Hulu announced that The Handmaid's Tale would return for season 5 even before season 4 was released. In December 2020 in an Instagram video, the cast announced that the show would air its fourth season in 2021. (after almost two years of 'waiting since its previous release), and that there would also be a fifth installment.

Four years after his debut, The Handmaid's Tale remains one of Hulu's best original shows, so it's no surprise that the streaming service wants to keep it going for as long as people watch it.

But the question that everyone asks is: When can we see the 5th season?

With Season 4 just wrapped up, it's still too early for a confirmed release date for the next season.

Season 4 has been moved away from the show's annual release schedule due to significant delays caused by the Covid-19 pandemic. and the resulting restrictions on film production. With things slowly getting back to normal, we can expect the wait to be shorter than the two-year hiatus from the previous season.

We hope to see The Handmaid's Tale sometime in 2022., but it seems like they still have a long way to go, as of June 2021. Executive producer Bruce Miller has expressed optimism that the upcoming season can be made more normally than the fourth season, resulting in scenes with Fewer characters than usual.

"It's going great," Miller told Deadline when asked how season 5 was progressing.. "We're starting to pool our wool and bring our writers together and bring people together to bring them together." 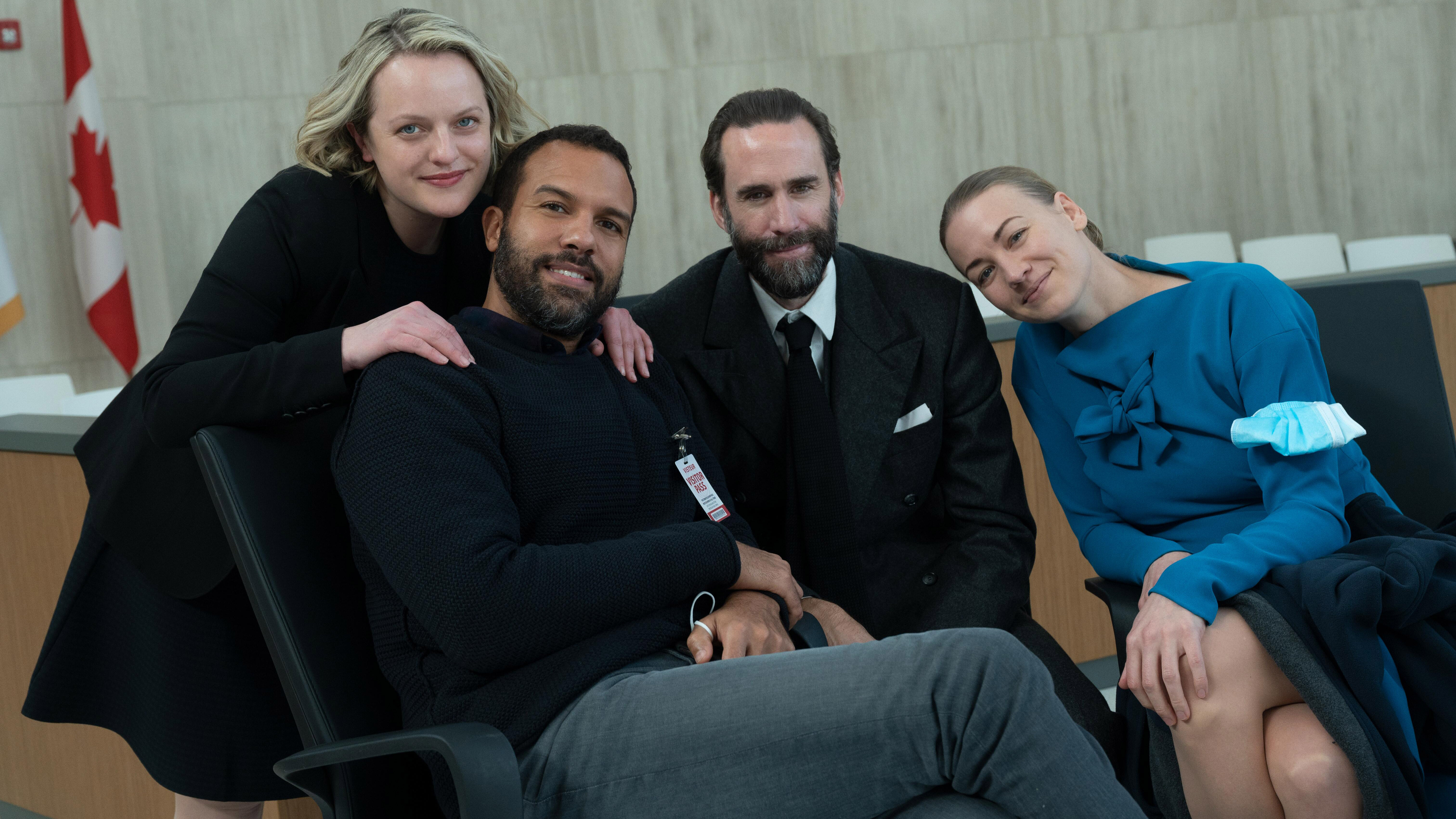 One character we won't see return is Fred Waterford, played by Joseph Fiennes., as at the end of season 4 she participated in June and many of her fellow maids on the run as punishment for her crimes.

In the 4 season, McKenna Grace's character Esther Keyes was a major addition to the cast, which for the most part remained the same from the start of the series. This season has also seen a new regular face appear in the ranks of the Aunties: Jeananne Goossen as Aunt Ruth. It remains to be seen if these new characters will return in the next season.

In terms of new characters we might see in the future, the original novel doesn't contain many clues, as the series has embarked on its own path since season 2. However, since the series sets up the events of the sequel, The Wills, we may see other faces of Mayday appear. Of course, Serena's unnamed baby is expected, and we're intrigued to find out who Nick's wife will be on the show. 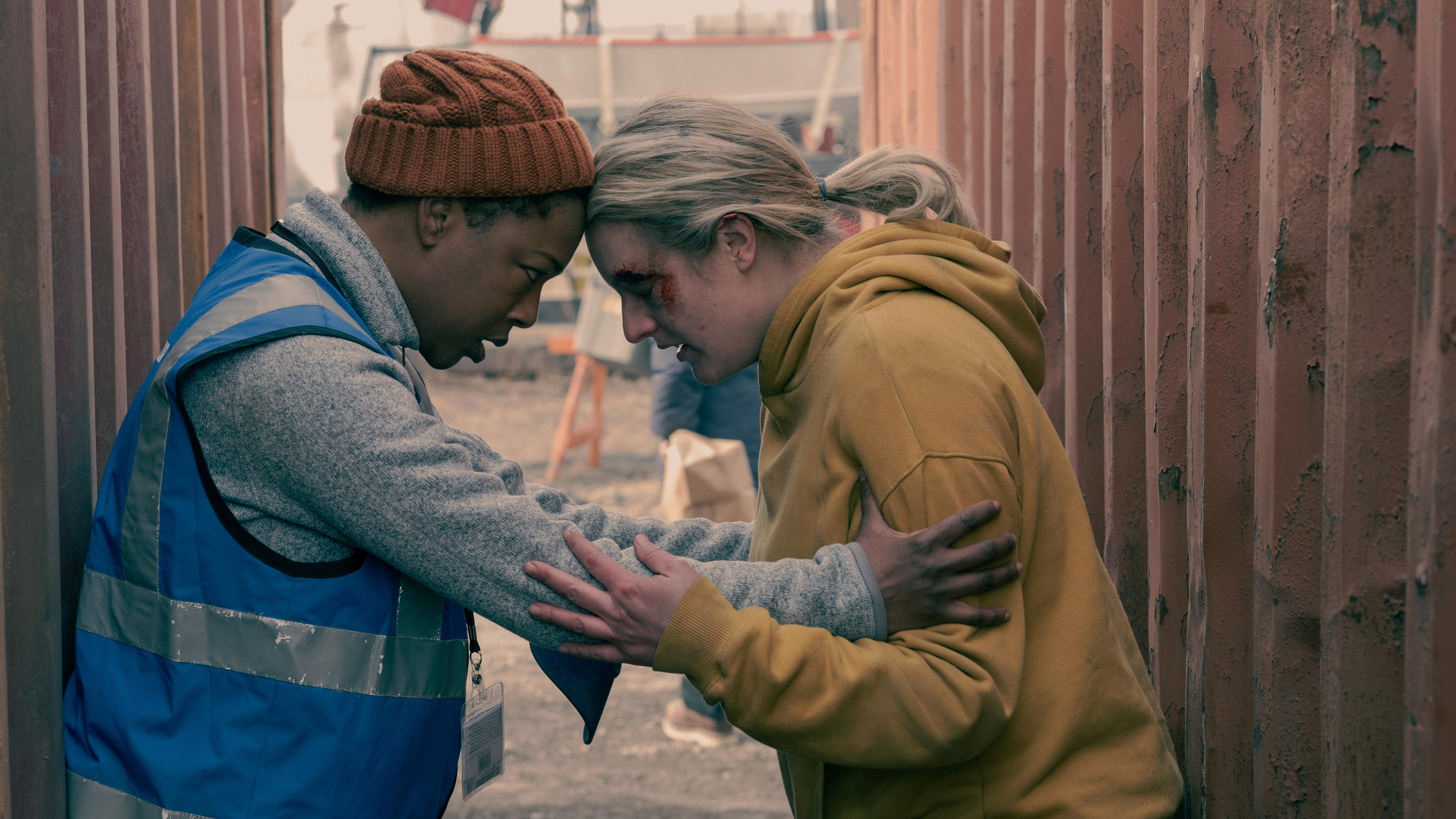 In a recent interview with Entertainment Weekly, Miller described the upcoming season as "Sophie's Choice: The Series.", in the sense that you pass someone who made those terrible decisions.

“I think to move forward there are really a couple of things”. This is the story of America: Can we get back to normal or do we have to move on to something new? It's where June is right now. She did something terrible, or what she thinks was irretrievable. Can she get her back? Or does she have to decide that sometimes you don't just have to sacrifice part of your life? But you have to sacrifice your whole life to make the world a better place for the next generation?

Miller says that the future of the story is about the "long fight" and what it takes to defeat something you may never see the end of, which will be key to June's development as a character.

Littlefield also added that the show is currently "laying the groundwork for The Testaments.", the 2019 sequel to the original novel on which the show is based, for which MGM Television and Hulu have already picked up the rights for a television adaptation.

As was the case with the adaptation of The Handmaid's Tale, no is it clear how much they stay true to the novel and how much the plot of the current show will influence the spin-off. The producer admitted that, “Honestly, we still don't know what those exact road signs are. We can't wait to find them, but it's not predestined."

Miller also seemed to confirm a move in this new direction when he said, "I feel like we're reaching a tipping point," with season 4 (especially the finale) already pointing in the direction of The Wills.

The sequel to the novel focuses primarily on her two daughters: Hannah, now a young woman, is still in Gilead and joins the aunts to avoid marrying a major.while a teenager Nicole was raised in Canada by two operators. Mayday who hid her true identity.

The other major player in The Testaments is Aunt Lydia, who is revealed to have been a double secret agent since the early days of Gilead and, in her old age, manages to reunite the two sisters on a mission that will bring Gilead to its fullest. fallen expression. For Hulu to present the Lydia we know playing the same role in the spin-off, she will need to become a central part of the series going forward, transforming her into the cunning orchestrator she must become. In season 4 of the series, however, her authority already seemed to wane.

a character for whom we don't have an end point in The Testaments is Serena Joy. She is now alone in lockdown in Canada, pregnant and with her late husband. Since the ICC has not exonerated Fred of her crimes, it is unlikely that she will be released anytime soon. We have already seen protesters in favor of her and demanding her freedom, but since she is starting to write again, she could mobilize the media to ask for her release. Could a romance with Tuello also be in the cards?

Ultimately though, we'll have to wait until the start of filming for the new season to find out more about the details of the story behind The Handmaid's Tale Season 5.

How many seasons of The Handmaid's Tale will they make?

Miller previously admitted before season 4 that he "didn't know" if season 5 would mark the end of the series. "I mean, [Elisabeth Moss] and I've talked about it, and the editorial team and I have talked a lot about where exactly we're going, but I feel like after this year is a good time to reevaluate," he explained.

Series producer Warren Littlefield also confirmed to Bustle that Miller is no joker when he says he doesn't know.: "I can tell you, if you had Bruce Miller on Sodium Pentothal, you would have 'I don't know,' because we don't. Although he confirmed it: "We are getting close to the end, but we don't know yet."

However, Miller also added that he will continue the series as long as Moss is on board with him. "As long as Lizzie does this with me, I'm going to continue," Miller told Deadline. “There is a lot of life in this story. I'm certainly fascinated by what's happening in The Testaments and whether it's part of our future is a bigger question."