Disney Plus on PS4: How to get it and start watching now 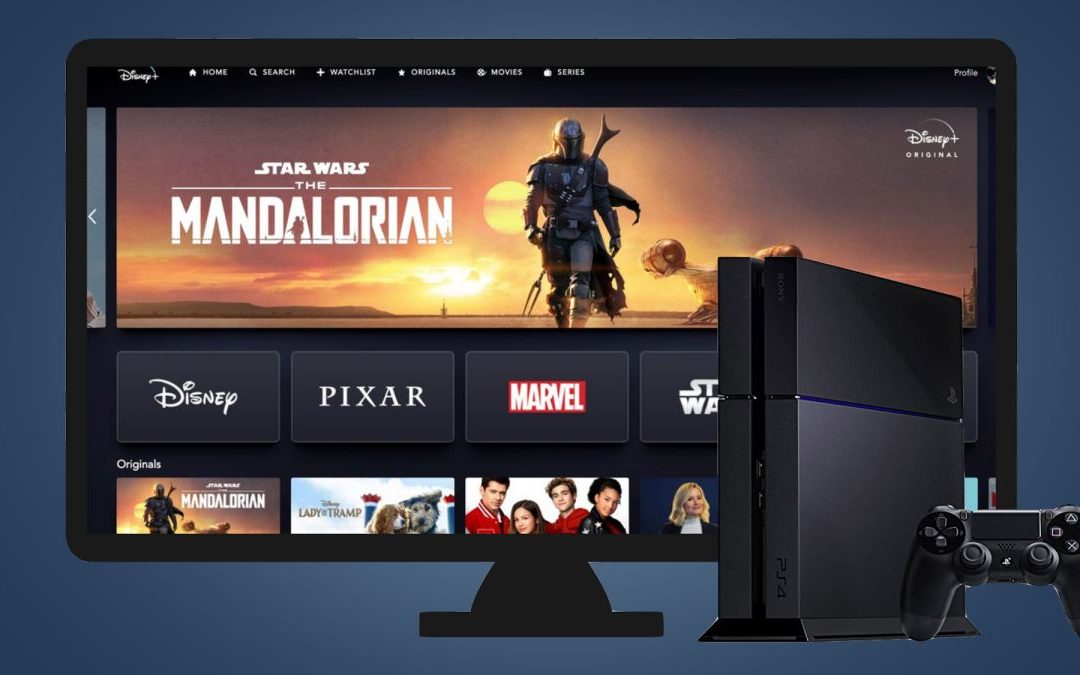 When it comes to streaming services, Disney Plus might be the new kid on the block, but there are plenty of great movies and TV shows out there for kids and adults alike.. Furthermore, it is easy to watch Disney Plus on PS4.

In this article, we will show you how to access disney plus on game console and what content will you be able to see. Whether you're a die-hard fan of the Marvel Cinematic Universe or prefer to explore the real world with National Geographic, Disney Plus is a treasure trove of content.

Is Disney Plus still on PS4?

If you have a PS4, you'll be happy to know that yes, you can watch Disney Plus. However, if you have a PS3 unfortunately Disney Plus is not available on your console and that is unlikely to change.

Fortunately for PS4 users, the setup process is pretty straightforward. So even if you're a parent looking to wow your kids with a Disney Plus membership and you're not familiar with using a PS4, you won't have any difficulties.

How to install Disney Plus on PS4

The setup process is easy, but if you don't have an account yet, You may prefer to sign up for Disney Plus using a computer or laptop.l, as entering email address, password, and credit card information can be frustrating on the game console.

Once you have an account with Disney Plus, start your PS4 and go to PlayStation Store, which is on the far left, and press the X button.

Once you're there, press "Up" then "Right" to highlight the search function and press "X" again. You will now be presented with a keyboard, and if you type "Disney" you will see the app. Disney Plus will appear on the correct side.

Keep pressing “Right” until the keyboard disappears and Disney Plus is highlighted, then press “X” and the app page will appear. The “Download” button should automatically be highlighted, so “press X” again to download.

Installing the app shouldn't take long, but it can vary depending on your internet speed. Once downloaded, just “press start and sign in” with your account details.

Is Disney Plus on PS5?

For those who have managed to buy a PS5, they will be happy to know that they will be able to reap all the nostalgia for Disney Plus content on your game console, in addition to being able to immerse yourself in all the news, content published monthly. Simply follow the instructions mentioned above in PS4 consoles but on your PS5 and you will be able to enjoy Disney Plus services. What can I watch on Disney Plus with PS4?

With Disney Plus on PS4 you can see all the great content Disney has to offer, of course there is a lot. For example, you can see Wandavision, the enormously popular new television series that sure to delight Marvel fans. Science fiction fans can also see all the Star Wars movies and the famous The Mandolorian.

Meanwhile, anyone looking for TV nostalgia can watch the five original series of The Muppet Show, as well as all episodes of The Simpsons that have been made. Then of course there are family favorites like Pixar movies, and all the Pixar shorts, and the Disney classics like The Lion King, The Jungle Book and The Aristocats.

Disney Plus offers customers in the UK, Australia, Canada and other territories a wave of older, more mature content including, for example, Grey's Anatomy and The X Files, as well as Star Originals Disney Plus exclusives. Speaking of new content, You can also pay to access new movies released from Walt Disney Studios with Disney Plus Premier Access.

What other streaming services are available on PS4?

The PS4 is more than just playing video games, since almost all streaming services are available through the console, which is great if you want to stream shows and movies to a non-smart TV. some of the others streaming services you can download from the PlayStation Store include:

On what other devices can I watch Disney Plus?

Since its launch in 2019, the popularity of Disney Plus has skyrocketed, which is due in part to its accessibility. In addition to the PS4, you can also watch Disney Plus on PS5, Xbox One, Xbox Series X and Xbox Series S.

It will be downloadable on most smart TVs, as well as iOS and Android devices.

The best Disney + and Disney + bundle deals of the day