Xbox and Bethesda Showcase will be a "gameplay extravaganza" 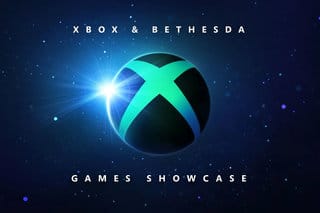 The Xbox and Bethesda showcase will focus on gameplay footage rather than cinematic trailers, and will include some surprise reveals.

That's according to Xbox boss Phil Spencer, who spoke about the Xbox Bethesda showcase at the Xbox FanFest Watch Party (a pre-show event where various members of the Xbox team talk about the upcoming live stream). As The Verge's Tom Warren pointed out in a tweet (opens in a new tab), Spencer gave some hints as to what we can expect.

"Today is very much a gameplay spectacle," Spencer said during the broadcast. This means that it will include less CGI-based video, such as cinematic trailers, and more gameplay footage. We can also expect updates that respond directly to feedback from members of the Xbox community.

“Today is very much a gameplay spectacle,” says Xbox boss @XboxP3. Less CGI based on feedback from Xbox fans. "Don't watch any leaks... this show has some surprises..." pic.twitter.com/RnxVKaEsh5 June 12, 2022

Slightly more tantalizingly, Spencer suggested that some of the apparent reveals that have already leaked ahead of the event might not be accurate. That should keep us all on our toes.

"Don't watch any leaks," he said, "this show has some surprises."

What those surprises will contain is up in the air. Unexpected game reveals? DLC that no one predicted? A new Xbox console? Probably not the last, but soon we will know for sure.