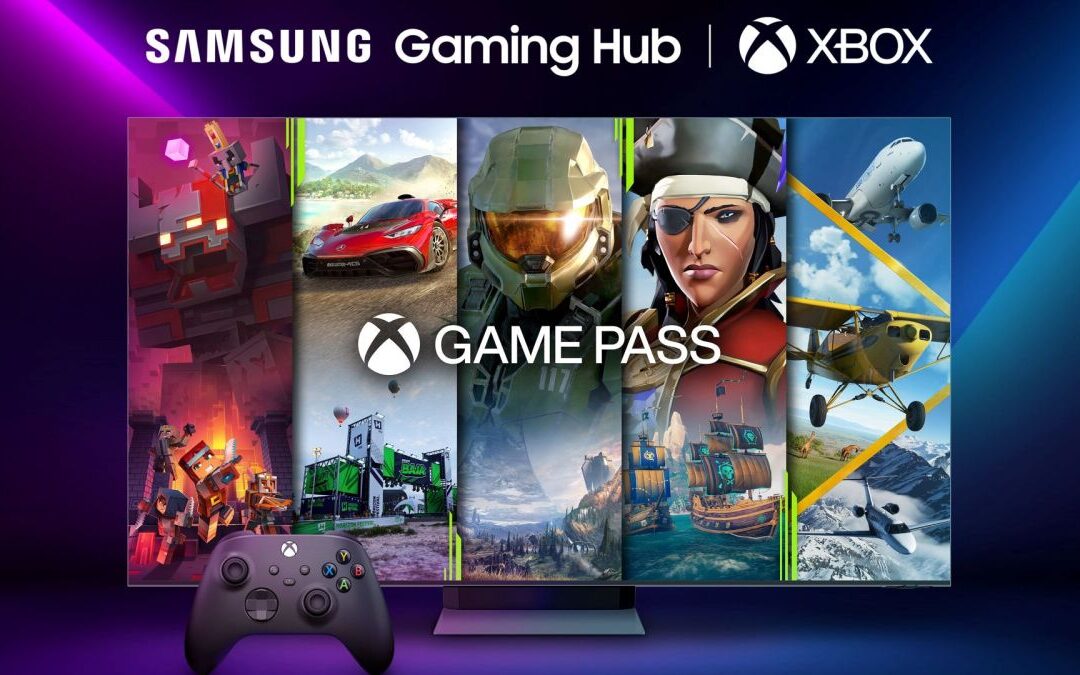 Last week, Samsung announced that the Samsung Gaming Hub would add an Xbox app on June 30. This will allow Xbox Game Pass members to play cloud-based Xbox games on the company's new TVs, with more than 100 titles available on the platform from the start. Suddenly, Samsung TVs look better - and certainly more fun - than ever.

First announced in January at CES, the Samsung Gaming Hub is a feature found across much of the company's 2022 TV lineup. Gaming Hub serves as a single portal within the Tizen-powered smart TV interface to access both cloud gaming services and connected game consoles, and Samsung also boasts Nvidia GEForce Now, Google Stadia and Utomik as partners.

Gamers and potential bundle buyers may be wondering about the ins and outs of using Xbox Game Pass on Samsung TVs, so here are answers to some basic questions. 1. Which Samsung TVs are compatible with Xbox Game Pass?

2. How many Xbox Game Pass games will be available on the Samsung Gaming Hub Xbox app?

Samsung said "over 100" games can be streamed at launch. Xbox Game Pass Ultimate members currently have access to over 350 titles to stream on other compatible devices, so additional titles will likely be added to the Samsung Xbox app in the near future. Fortnite is also available to play without an Xbox Game Pass Ultimate subscription.

3. How much does Xbox Game Pass Ultimate cost and what other devices can I use it with?

Game Pass Ultimate costs €15 per month and you get the first 3 months for €1 after first registration. This deal gives non-gamers plenty of time to test it out on their new Samsung TV and see if it's something they'll use. Other devices compatible with Game Pass Ultimate include Xbox Series X|S and Xbox One consoles, Windows PCs, Android phones and tablets, and iOS devices.

5. What gaming-specific Samsung TV features are available when the Xbox app is active?

According to Samsung, users can make adjustments in the quick panel of the Samsung Gaming Hub when accessing Game Pass Ultimate titles. Options here include changing the aspect ratio of the image from 16:9 to ultra wide 21:9 or 32:9, moving the screen up or down using the arrow buttons on the remote, and opening the menu for Game mode settings. it also shows the status of input lag, variable refresh rate, and real-time frame rate (changes when variable refresh rate is active). It also indicates high dynamic range status, even though games streamed through the Xbox app are in 1080p resolution/standard dynamic range format.

Opinion: Streaming is the future of game shows

Movie and TV streaming apps have been integrated into the on-screen interface of smart TVs for many years now, and while external streaming boxes from Apple, Roku and others are still available, many viewers have grown accustomed to the convenience to browse and stream. from a single screen using a single remote control. There's no reason this experience shouldn't extend to gaming, which is confirmed by the arrival of Samsung's Gaming Hub with the Xbox app.

While serious gamers will continue to use PC-based setups to ensure minimal controller latency and multi-display enjoyment, the low latency provided in gaming on high-end TVs, such as compatible models from Samsung's 2022 lineup, will suffice for most users. Gamers Another benefit is that having access to a large library of Xbox games through an in-app app instead of having to buy a console will encourage more viewers to experiment with the game to see if it's something they'll enjoy.

Does the Samsung-Xbox announcement herald the end of consoles and disc-based gaming? Certainly not, as with Blu-ray and DVD formats, discs will continue to be sold for many years to come with dedicated hardware to play them. But the plan to eliminate the external enclosures of the home viewing center has been forged, and it is only a matter of time before all forms of entertainment, including games, are included entirely in the cloud for instant and easy access. through smart TVs. At this rate, I wouldn't be surprised to see PlayStation Plus announced as the next addition to Samsung Gaming Hub in the near future.