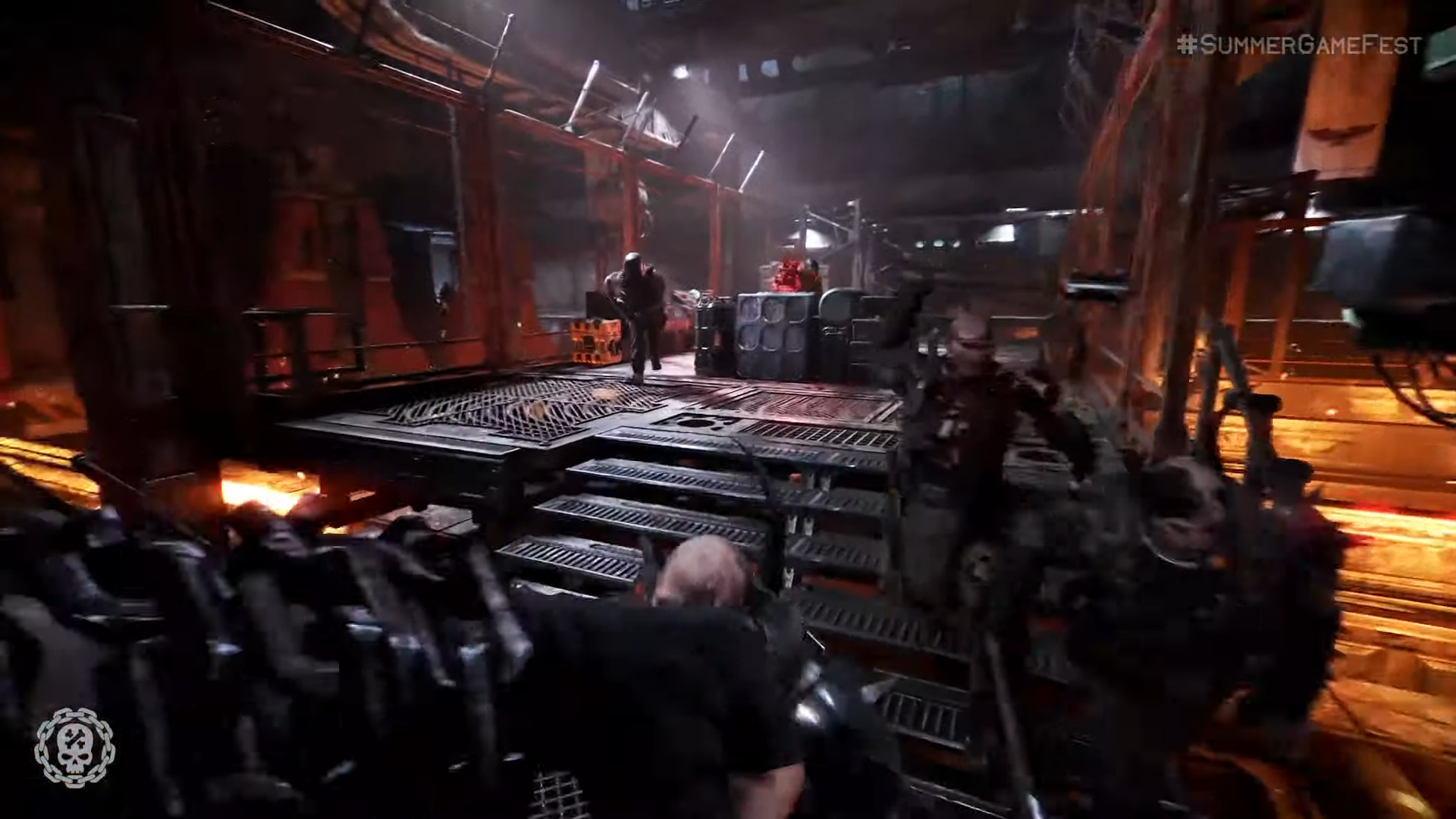 As there was any doubt after the mayhem (or should I say Chaos) of Vermintide and Vermintide 2, Fatshark's new co-op shooter Warhammer 40,000: Darktide is absolutely terrific in its new trailer.

Unveiled as part of the Summer Game festival, Darktide's new trailer sees a team of players battling their way through the ventilation system of one of Warhammer 40,000's many spooky citadels. On a mission to hack into a radio network, the team soon finds themselves caught up in a battle with what appear to be corrupt cultists.

The cultists could definitely use a lot more sun, they look awfully pale and frankly need a break. As the grey-skinned acolytes make their way towards the players, they are swiftly cut down in a bloody hail of heavy bolters, chainsword slashes, and thunder hammers.

See it all in action in the trailer:

Until we get our hands on Darktide it will be hard to say for sure how the game differs from Vermintide 2, naturally this new game follows in the footsteps and model of the previous Fatshark shooter, but I expect it to be quite different. experience, rather than magic exchanged with firearms.

The worlds of Warhammer Fantasy and Warhammer 40,000 have a lot in common, but are different when you get down to the bone, both in the tone of their story and their endgame mechanics.

Of course, we won't have long to find out that Warhammer 40,000: Darktide is due out for Xbox Series X and PC on September 13. And I can't wait to get the TRG team together to spoil some cultists.

There are plenty of great Warhammer games on the radar right now, make sure to check out Boltgun and Rogue Trader.