A heat wave could affect your GPU and CPU: here's what you can do Love it or hate it, we have a controversial opinion on sweltering heat, but the components inside our computers and laptops are definitely not as sun-loving as the people who use them.

CPUs and graphics cards are particularly sensitive to heat, so it's important to cool them down regularly, not just when the weather starts to look like we're ready for a barbecue. Most will come with some kind of cooling solution depending on the quality of the product, with CPUs typically coming with a standard fan cooler and GPUs with a heatsink and fan built into the card itself.

Even the fanciest watercooling blocks and AIO coolers may require a fan and heat sink to draw fan-cooled water across the hot surface, and case fans are essential to ensure that other components, like storage and memory, also get help managing temperatures. but if fresh air is needed, what if the room around the PC or laptop is too hot?

Unfortunately, no matter what cooling system you have, the system usually only "chills" to the ambient temperature of its surroundings, which can put extra strain on our computers and laptops. It can be annoying to hear your PC fans whir in a hot environment, but that usually means they're doing their job. If the fans are humming for a long time, it could be a sign that your system is having problems.

How hot is it?

Some all-in-one liquid CPU coolers have a built-in display that you can set to monitor your CPU temperatures. (Image credit: Shutterstock/FeelGoodLuck)

So what should your GPU or CPU temperature be? It's important to understand that temperatures will fluctuate depending on what your system is doing, and lower numbers are expected when idling or running a single task, but will rise if the PC is under heavy workload, such as gaming, streaming or even just opening multiple spreadsheets.

Acceptable working temperatures for processors are around 140° and 160° Fahrenheit (60° to 70° Celsius), although it is not unusual to see this increase to 175° Fahrenheit (80° Celsius) under load, and it is not a good idea for your PC to maintain this level of heat.

There are several ways to check your GPU temperature, although the easiest way, if you're using Windows 10 or Windows 11, is to head to your task manager by pressing the Ctrl, Alt, and Del keys on your keyboard at the same time and selecting the application. From there, select performance and you'll see information displayed for various components, including your GPU temperature.

The renderer is a bit more complicated and takes time depending on which method you want to use. You can access the processor information in the BIOS, but that requires you to reboot your system and takes up most of the time of each method we tried. Our suggestion for those of you who want to monitor system performance frequently is to install a third party monitoring application like NZXT CAM (Opens in a new tab) or CoreTemp (Opens in a new tab) because this will allow you to check your Live CPU temperature (as well as other useful information such as power consumption).

If you still want to access your BIOS and update it, we have a full guide on how you can do that, but keep in mind that every system will look different depending on your motherboard manufacturer.

This is how your computer can stay cool

Please do not do this. There are easier ways to reduce the operating temperature of your system. (Image credit: Shutterstock / SimoneN)

So, you check your system temperatures and find some pretty alarming numbers on your screen. This is sure to cause concern, but luckily there are a few things you can do to help.

Clean your device and make sure the vents are clean
Dust and lint can quickly build up around a desktop, meaning your system may not be getting as much airflow as you think. A can of compressed air (the kind sold at electronics stores for dusting) will do the trick, or you can use a paintbrush or makeup brush to gently remove the dust. If you have a PC case that can be opened by removing a panel, you should also give your case fans a blow to clean them and ensure that the inside of your system is free of dust buildup. .

reverse overclocking
Some PC enthusiasts like to maximize performance by overclocking, but this not only consumes additional power, but also increases the average operating temperature. Unless you absolutely need your system to be overclocked at all times, consider opting out on days when the weather starts to get uncomfortably hot. 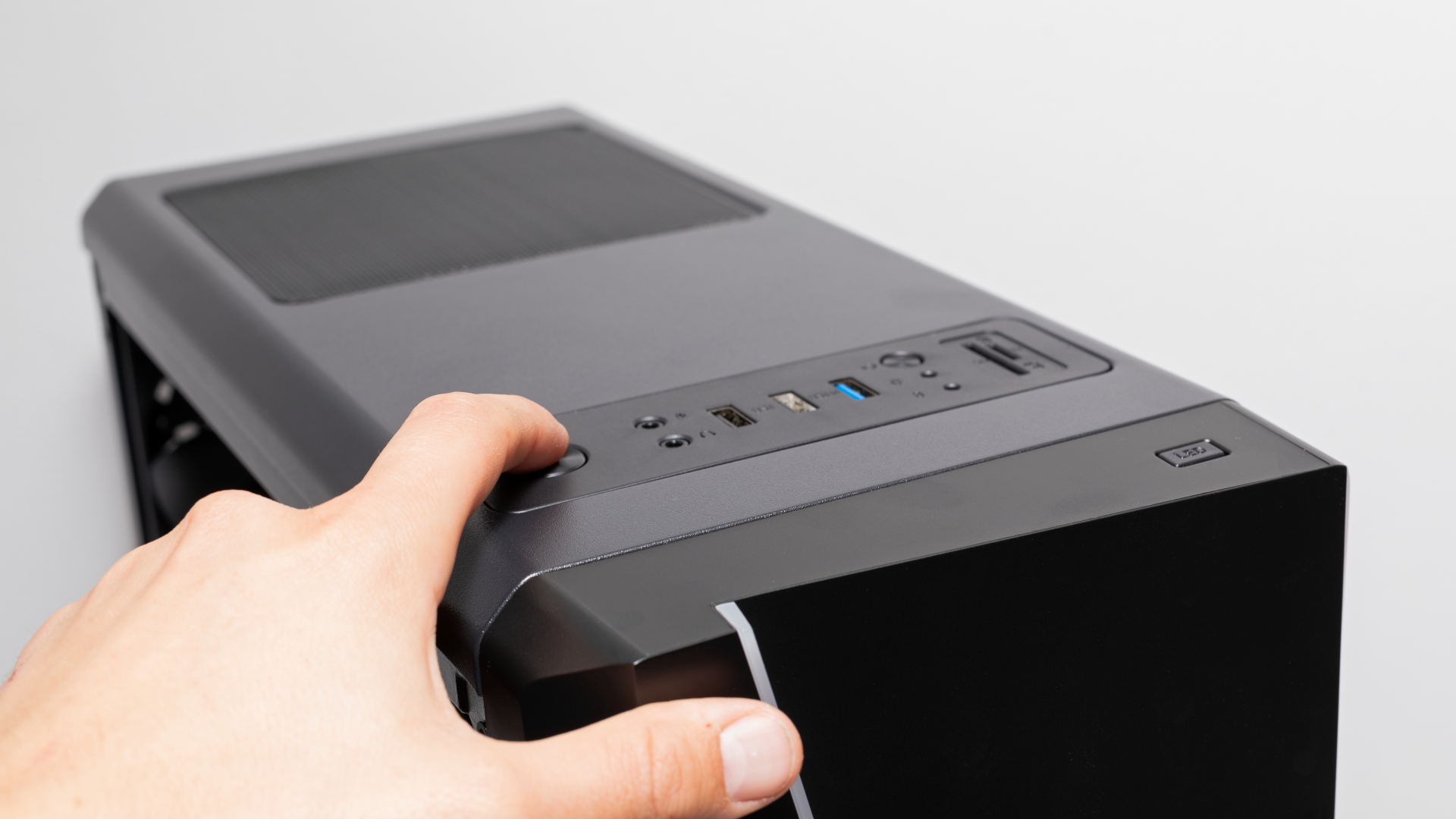 Look on the top of your PC for a dedicated fan button – it's an outdated feature, but some models still have it. (Image credit: Shutterstock)

Increase the number of fans and potentially add more
Case fans have an important role to play in keeping your CPU and GPU cool. Some cases have a built-in fan controller that allows you to increase your fan speed up to 100% as needed, or you can control it directly in the system by going back into the BIOS.

It takes as much time as mentioned above regarding CPU temperatures. A good alternative is to install more third-party software, such as SpeedTemp, although you may not be able to access the CPU fan depending on your motherboard manufacturer.

If your fans are on overdrive, it might be time to consider upgrading the case to allow for better airflow or adding additional case fans if you have room to spare. You might be tempted to just point an entire room fan at the PC and call it a day, but that's unlikely to reduce the temperature of your PC's internal components, even if you remove a side panel.

Replace your thermal paste and thermal pads
This requires different levels of technical knowledge, but it's perfectly possible to do it yourself instead of taking your machine to a computer shop, but be careful not to void warranties. If your build is a few years behind, consider cleaning the thermal paste off the old CPU and replacing it with a newer set, as this can help reduce heat.

Likewise, some GPUs don't have the best quality thermal pads, though most manufacturers won't be happy for you to disassemble their products to replace them. Still, if you're happy to void any warranty and take the risk, you can follow this wonderful video tutorial from TechteamGB to clean your graphics card and replace the thermal pads and glue inside (opens in a new tab).

If you've tried all of these tips, hopefully your computer will run a little cooler, regardless of spreadsheets, Google Chrome tabs, or game streaming. Don't forget that you can always turn off your PC to give it time to cool down if that worries you, and it should prevent you from having to buy a new graphics card sooner than expected.