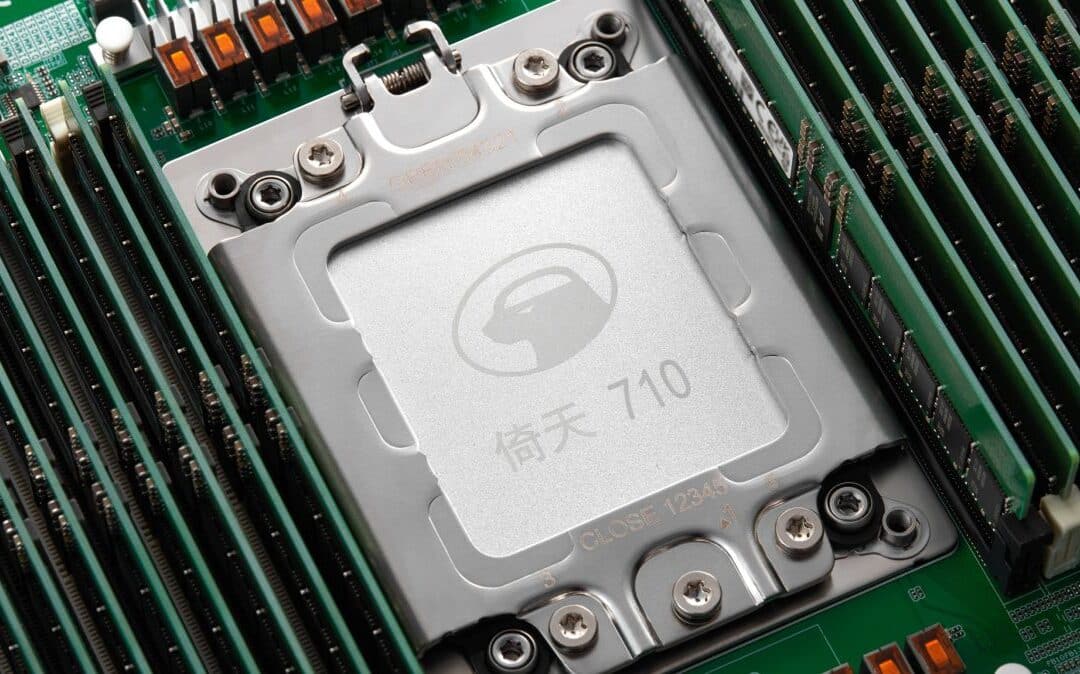 Chinese bare metal and server hosting company Alibaba Cloud is preparing to test a new type of instance powered by custom silicon based on Arm.

The new Yitian 710 server processor, first introduced in October, will support Elastic Compute Service (ECS) instances powered by a variable number of vCPUs, each tied to a physical core.

Under the preview program, which will only last for two months and support just 100 clients, a single configuration will be available, with 4 vCPUs, 16 GB of memory and 3 Gbit/sec network bandwidth.

Alibaba's Yitian 710 processor is based on TSMC's 5nm manufacturing process and boasts an impressive 128 cores and 60 billion transistors per chip.

Based on Arm's v9 architecture, the processor reaches speeds of up to 3,2 GHz and supports up to eight channels of DDR5 memory and 96 PCIe 5.0 lanes.

Alibaba Cloud's developments will be closely watched by Intel and AMD, who will not be happy to see another cloud provider follow in AWS's footsteps with its own custom silicon.

According to Alibaba, its new Yitian-powered instances offer twice the "profitability" of its previous-generation instances powered by chips from the US giants, though how this ratio is calculated is not entirely clear.

The arrival of Yitian-powered instances also highlights the advancement of Arm-based processors in the server market, which has traditionally been dominated by Intel's x86 architecture.

In a conversation with TechRadar Pro at MWC 2022, Arm's senior vice president of infrastructure said the company expects to make significant strides in the server market in the coming years as its investments start to pay off.

“Arm first talked about getting into servers 15 years ago and we're only now starting to see that vision come to fruition. In this industry, the investment is big and it takes time for these things to happen », he stated.

“But now we've started to offer some really cool attributes that set us apart. ARM-based solutions tend to have many more cores, which allowed us to handle the scalable workloads that much of the cloud relies on. »

Whether cloud providers choose to design their own Arm-based processors, a la AWS and Alibaba, or buy from a vendor like Ampere Computing, Arm doesn't care much. It is about proving that Arm-based processors are capable of delivering the performance needed for the wide range of workloads that have migrated to the cloud.