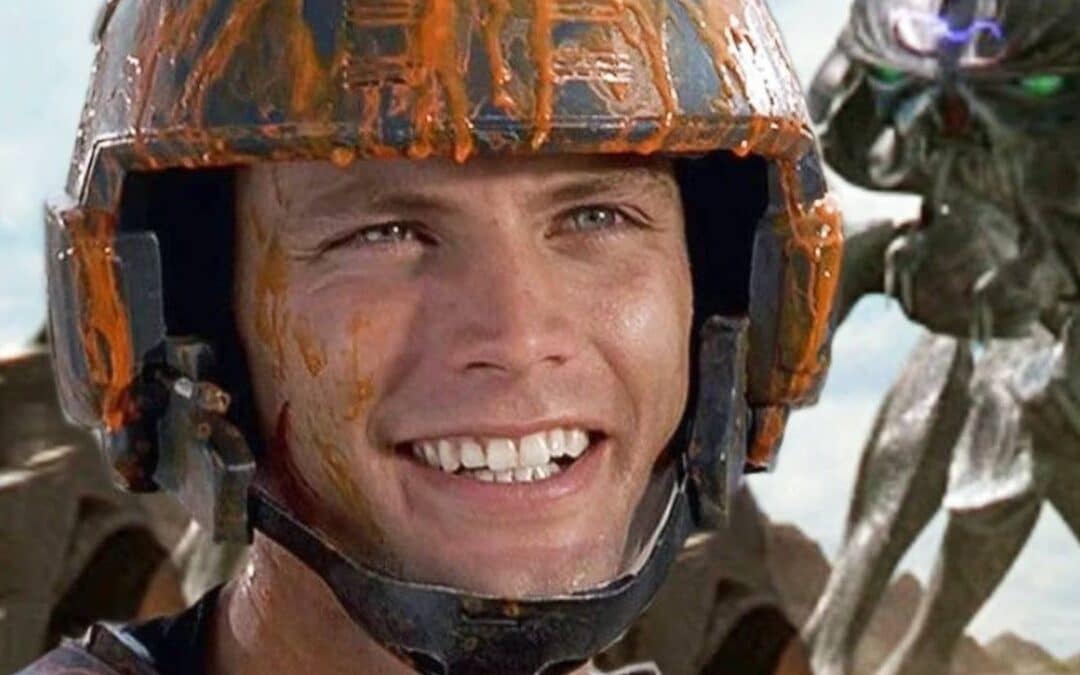 Good news, citizen: developer Offworld Industries has announced a new cooperative FPS based on the dystopian sci-fi setting of Starship Troopers, made famous by Paul Verhoeven's cult 1997 film of the same name.

With early access in 2023 for PC, Starship Troopers: Extermination promises a 12-player cooperative experience where squads of soldiers take on hordes of insects in large-scale objective-driven battles. Judging by the gameplay trailer, you can expect to use a wide variety of weapons and base-building mechanics to protect humanity from the insectoid threat. It's basically Fortnite, Left 4 Dead, and dastardly alien critters all rolled into one.

The game includes different classes and progression mechanics that offer perks and equipment, all reminiscent of Back 4 Blood and Warhammer 40,000 Darktide.

Starship Troopers is set in a dark, dystopian future where humanity, descended into authoritarianism, has declared war on a race of insectoid aliens creatively referred to as "The Bugs." Popularized in the 1997 film, Starship Troopers offers a scathing satire on totalitarianism, militarization and fascism told from the perspective of soldiers sent to fight humanity's wars.

That's part of why the setting is perfect for a cooperative FPS. The meat of the scenario has always been the experiences of the sad squads of soldiers who are forced to fight and die in a futile war against insects. Starship Troopers offers an extremely grim vision of the future of humanity. Starship Troopers generates an entertaining sense of morbid curiosity and satirical bite while providing plenty of opportunity for fast-paced action. In one-on-one combat, an individual soldier is no match for a single mistake. In the spirit of the best cooperative games, you'll have to work as a team, and rely on teamwork to fight a worthy fight. This is why the framework lends itself so well to cooperation. The bugs will have a much harder time chasing you if your partner is firing suppressive fire.

The base building is also intriguing. Against an enemy who primarily wants to cut you off up close, building a series of barricades and defenses to funnel your enemies into kill zones seems like the thing to do. Perhaps Extermination becomes more of an FPS for the thinking person, with the same emphasis on strategy. Even if not, this should be a great opportunity to squash some bugs.

While we don't have many concrete details yet, it's exciting to see an experienced developer tackle such a rich and distinctive framework.