SSD vs HDD vs SSHD: Which one to use on your PS4 or PS4 Pro 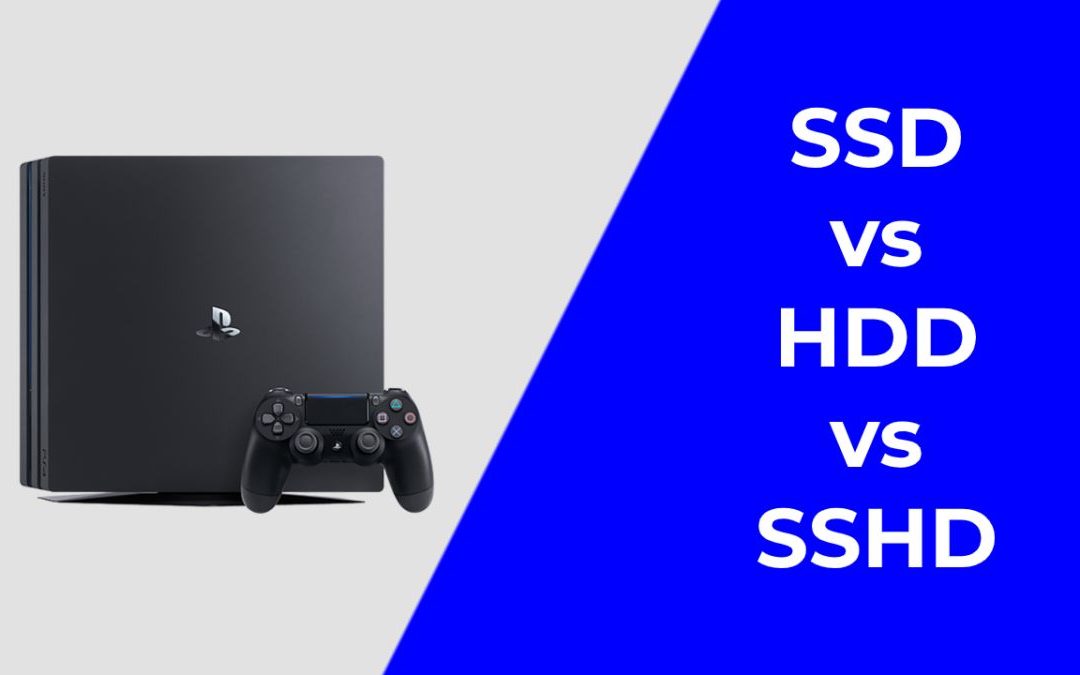 Sony has always been admirably open to letting users upgrade storage on PS4 and PS4 Pro consoles., and this admirable attitude means gamers can speed up their console with an SSD or install a larger hard drive if they need more space for the latest games.

It's great that gamers can upgrade their consoles, and a busy storage market means there are plenty of options to choose from.

Conversely, however, the sheer variety of options means it can be difficult to choose exactly what you need, especially when the PS4 can be upgraded with HDDs, SSDs, and even hybrid products. Here is everything you need to know about SSD vs HDD vs SSHD.

What is a solid state drive (SSD)? SSDs have been popular for ten years; You'll be hard-pressed to find a gaming PC without one, and SSDs will be used in both the PS5 and Xbox Series X.

There's a reason SSDs are popular, it's flash storage.. They are built with the same type of chips that are used to create super fast PC memory and are blazingly fast compared to hard drives. After all, electrical signals can approach chips at speeds that easily exceed the spinning platters inside conventional readers.

SSDs have no moving parts, so they are more reliable than hard drives and are quieter. The drives that can be used inside the PS4 use the same 2,5-inch form factor and SATA interface as the original console's hard drive, so they're easy to install.

What is a traditional hard disk drive (HDD)?

Hard drives have been used in PCs, laptops, and game consoles for decades, and for good reason.: They are cheap, reliable and support large capacities. They just work, storing little bits of data on a stack of magnetic metal platters. A movable arm moves to places on the platters to read or write data, and a control card manages the reader.

Hard drives are popular for their price and capacity, but disk drives not working well. They are much slower than SSDs and slower than hybrid drives. Sony hasn't put any particularly good hardware into the PS4 either: the base model and PS4 Pro use drives with a slow 5400rpm spin speed.

What is a hybrid SSD (SSHD)?

Hybrid SSDs are a relatively new invention that bridge the gap between conventional hard drives and newer SSDs.. They use a conventional tray-based system like a hard drive, but are supplemented by a small SSD-type flash memory card that stores the most frequently viewed data on your console.

Reliance on a small amount of flash memory reduces cost compared to a full SSD, and an SSHD can still offer a performance boost compared to a hard drive, as PCs, laptops, and consoles spend a lot of time accessing the same files. Over time, these are what are stored on the flash chips.

Of course, using platter-based hardware means that no SSHD will ever reach true SSD speeds, and SSHD it has to "learn" which files you use frequently, so it takes a bit of time to get its performance to show.

Hybrid drives are still being made, but the gap between HDD and SSD has narrowed, so there has been less demand for these units. This can sometimes make it difficult to find them at conventional retailers and on the second-hand market.

SSD vs HDD vs SSHD: Price 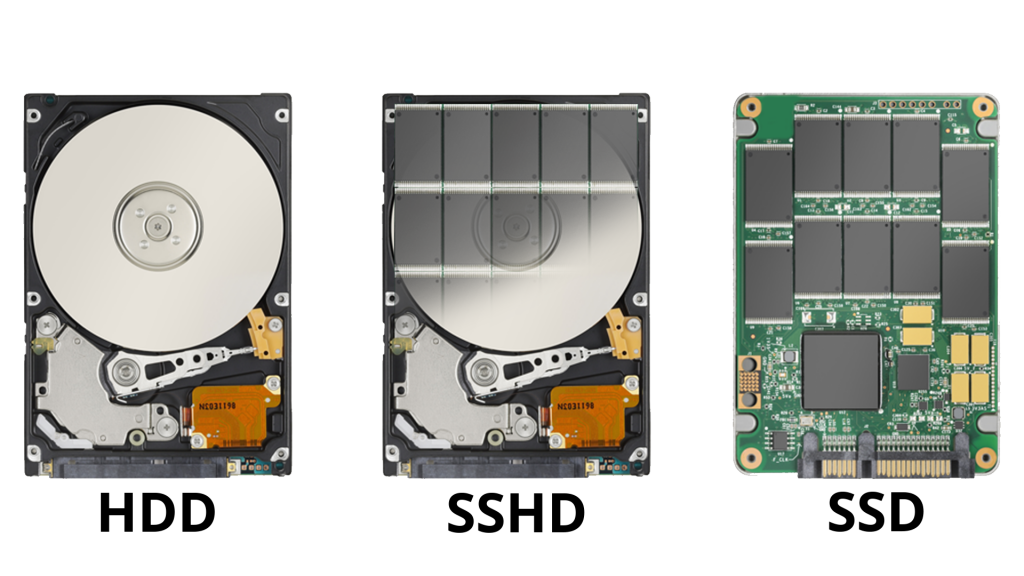 A conventional hard drive is the winner in terms of price. Consider a 2TB drive, which is the kind of capacity many people will use to upgrade their PS4 and PS4 Pro machines.

There is no doubt about it: when it comes to price, you get more space for less with a hard drive.

SSD vs HDD vs SSHD: Capacity 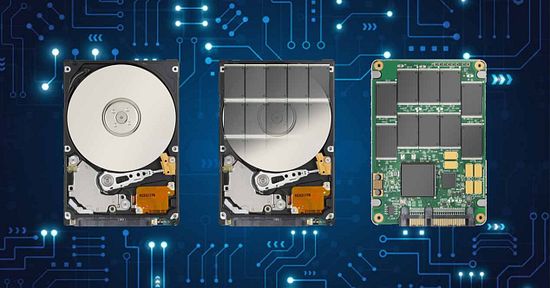 A few years ago, this would have been an easy win for hard drives. These days, though, there's not much space between the humble hard drive and the future-proof SSD.

The 2,5-inch hard drives used by the PS4 and PS4 Pro have a capacity of between 1TB and 5TB, while conventional SSDs range from 120GB to 4TB and 8TB, although of greater capacity. The small ones are not really suitable for PS4 and PS4 Pro. And of course, larger SSDs are expensive. Hybrid drives typically don't exceed 2TB.

For sheer capacity, there is little to choose between 2,5-inch hard drives and SSDs; It may go a bit higher on the SSD side, but it is much more expensive and all kinds of products should meet the demand. most of the players. Fortunately, this is good news for consumers because it means more options at a higher cost.

SSD vs HDD vs SSHD: Speed

This is where the SSD reigns supreme. Flash chips will always be faster at delivering data than a flat-bed hard drive: It is a battle between electrical signals and physical movement.

Even an affordable SSD will run at speeds in excess of 500MB / s. Hybrid discs fall between these two products in terms of speed, but you will only see notable gains if you play the same games frequently; if you cut and change always, the disk will not store many frequently used files. And a hybrid drive will never compete with a good SSD.

In terms of speed, the SSD is a clear winner: It is way ahead of any platform product. It's a shame you have to use SATA SSDs inside consoles, as newer NVMe SSDs are even faster.

SSD vs HDD vs SSHD: Other Considerations 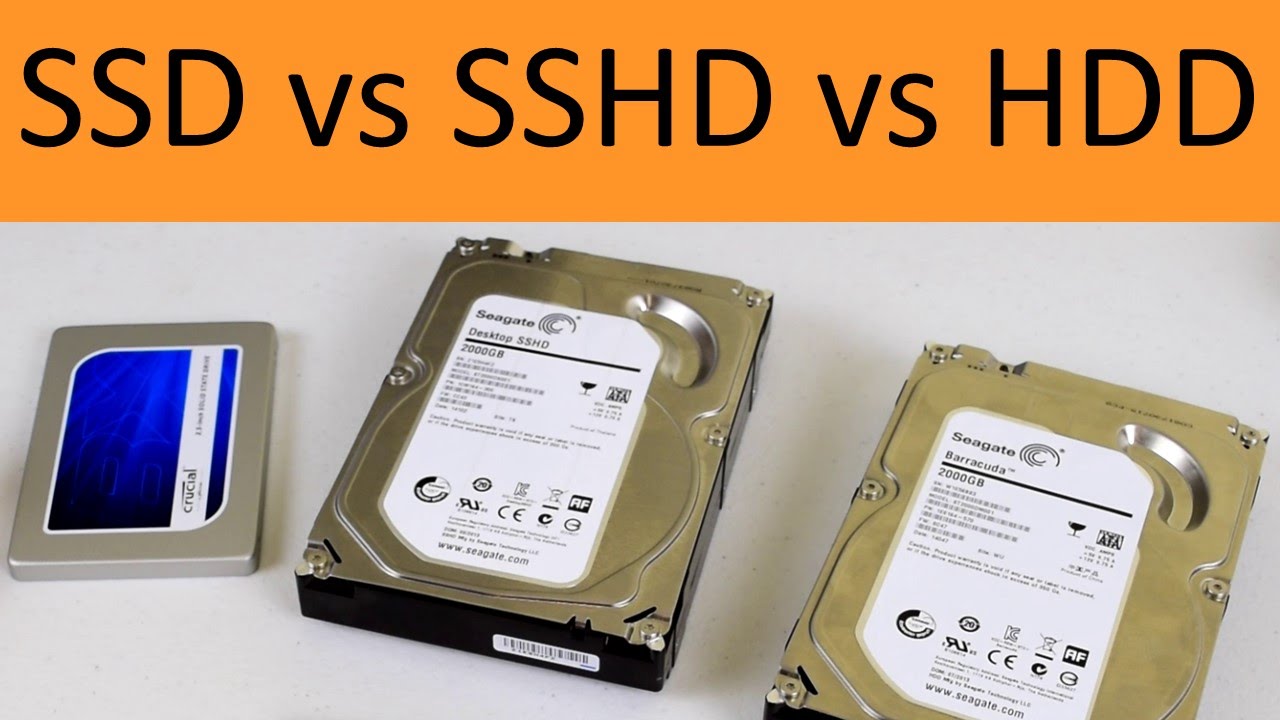 Price, capacity, and speed are the top three things to consider when considering a storage upgrade for your PS4 or PS4 Pro, but there are other areas to consider.

If you want to keep noise levels as low as possible, for example, an SSD will be the best choice: It has no moving parts, unlike hard drives and hybrid drives. An SSD might be better if you want to reuse hardware in the future; it will be fast enough to work as an external drive on your PS5 or Xbox Series X, or it could be inserted into a desktop computer.

Also think about the consoles themselves. The original PS4 has a maximum storage transfer speed of 300MB/s, while the PS4 Pro tops out at 600MB/s.. While an SSD always provides a solid boost, you'll only be able to use its full potential inside a PS4 Pro. Also, keep in mind that software differences and CPU bottlenecks mean an SSD will always have more raw speed inside. from a PC or laptop.

Fortunately, it's worth remembering that a new SSD, hard drive, or hybrid drive will always bring benefits to your console. An upgraded hard drive may offer only a minimal improvement in performance, but it can provide space at a low cost. Hybrid drives work the same way and can offer a more noticeable improvement if you play the same games frequently, and SSDs can provide significant performance and capacity gains if you have the cash. Somehow, there are no bad options.

SSD vs HDD vs SSHD: Verdict

SSDs offer the best speed boost for your console, but are more expensive, while HDDs offer massive capacity for less cost. Hybrid drives can provide a nice speed boost over a conventional hard drive, but you'll only see this gain if you play the same games all the time, and they still won't match a decent SSD.

Ultimately, you need to assess your budget and needs before making a purchase decision; unless you have a lot of money, you will have to prioritize space or speed. For customers, however, there are many advantages to be found here, as There have never been so many attractive options when it comes to upgrading your console's storage.