It's rare to praise the appearance of a dash cam, since they spend most of their time hidden behind the rearview mirror, going about their business in silence. That's not the case with the Thinkware X800, which we think looks great thanks to its leatherette-grain effect, pronounced camera bump, and soft-touch plastic casing.

It's not quite the gem quality of an iPhone 14 Pro, sure, but it's much nicer to hold and look at than most of its rivals. Speaking of which, the X800 is priced slightly higher than the excellent Garmin Dash Cam 57 and costs about the same as the Garmin Dash Cam 67W, which we consider to be one of the best dash cams you can buy. Both the X800 and Dash Cam 57 are aesthetically pleasing and record images at 2K resolution, also known as 1440p or 2560x1440.

More important than looks, of course, are the X800's specs and performance. Thinkware fitted the X800 with a Sony Starvis IMX335 image sensor for improved low-light capabilities, and while this certainly produces good nighttime images, details like license plates are lost and headlight reflections wash out your characters.

This is something that all dash cams struggle with, but it's important to note that the nighttime footage recorded by the X800 is otherwise pretty good. As long as you've noted the license plate of, say, a vehicle that hit you, the footage should clearly show who was at fault.

The X800's daytime images are perfectly acceptable, with crisp, readable detail, and exposure is well managed as ambient lighting conditions change. The camera records at 1440p, so the images produced are slightly higher resolution than Full HD.

The 30fps frame rate is generally good, though the smoother footage produced by 60fps would have been an added bonus, and that's something the Garmin Dash Cam 57 offers at a slightly lower price point. Where Thinkware beats Garmin is in its viewing angle, which, at 150 degrees, is ten degrees wider than its rival.

Flip the Thinkware X800 over and you'll find that it has a fairly large screen, measuring 2,7 inches, making it easy to get the angle and position of the camera. The large screen also makes it easy to navigate the X800's simple menu system, and everything is set up and used without the need for a companion smartphone app. That's because there's actually no Bluetooth or Wi-Fi to connect to one in the first place.

Thinkware goes a bit against the grain here, but we like the X800's no-strings-attached, standalone approach. Smartphone apps are often the Achilles heel of any dash cam, with their clunky interfaces and spotty connectivity, so going back to basics with a touchscreen and nothing else is something we applaud here.

Do you want to see recorded images? Eject the microSD card (32 GB, included in the box) and insert it into your computer using the included USB card reader. 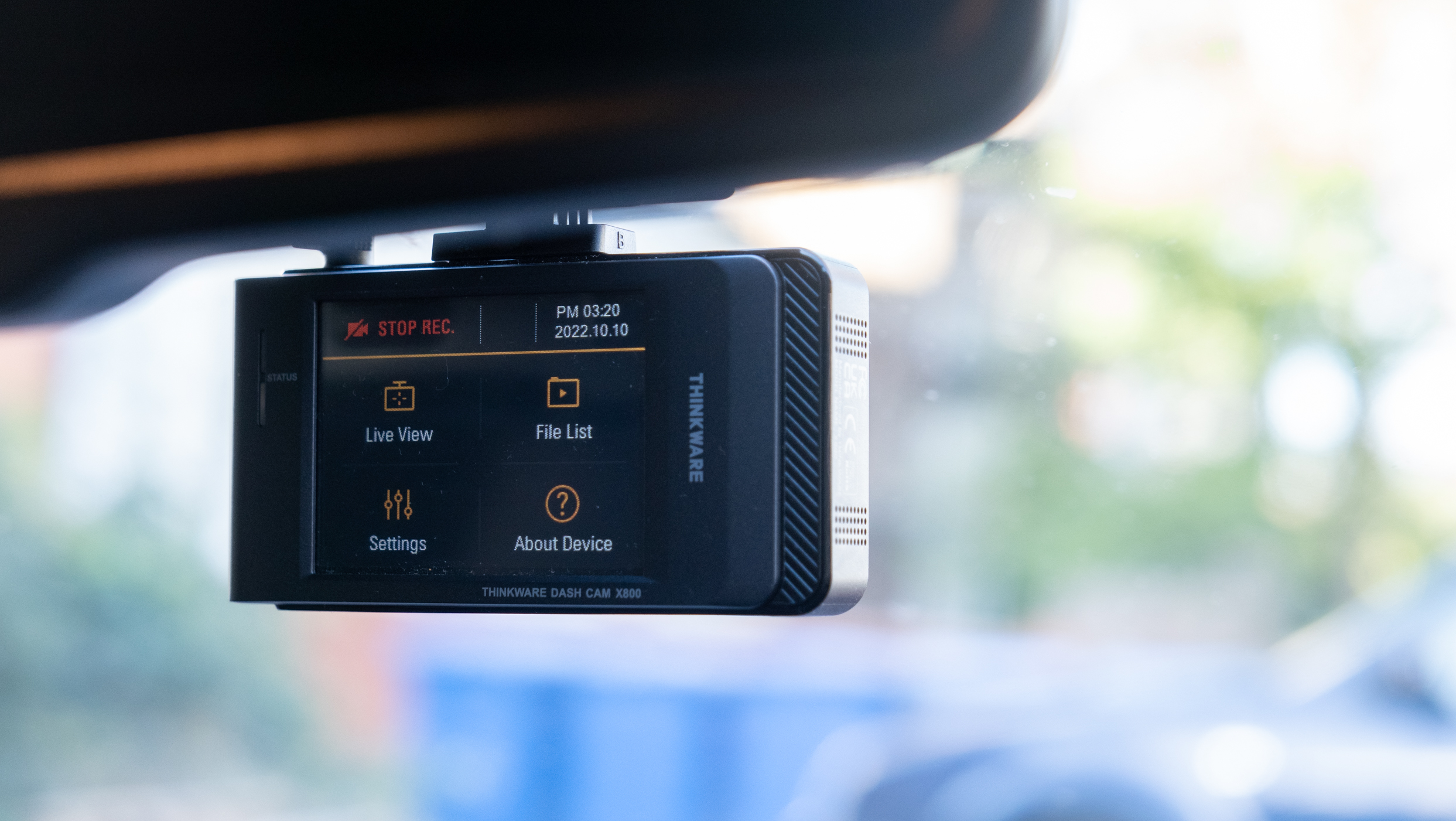 Like many other dash cams, a wiring kit or OBD2 connector can be purchased separately. This provides the camera with constant power from your vehicle's fuse box (instead of plugging it into a 12V or USB outlet, which shuts off with the ignition) and activates parking mode. In the case of the X800, this records time-lapse video at two frames per second, then if an impact is detected it will create a recording that includes 10 seconds before and after the collision.

If you're parked for extended periods, say a few days at the airport, there's a power-saving mode that starts recording footage when an impact is detected and then records for 20 seconds afterward. . This means you miss the shock itself, but have footage a second later, which will likely include a photo of the culprit. This mode works for 72 hours before turning off, so you can leave your car for three days before the dash cam turns off completely.

Like many other dash cams at this price point, the X800 lacks GPS, at least right out of the box. Thinkware sells an optional GPS receiver, which connects to the dash cam and attaches to a nearby windshield. With this, the X800 adds precise location and speed data to the recordings, and driver assistance systems such as forward collision and lane departure warning can be activated.

Finally, the X800 doesn't have a battery (very few dash cams do), instead it uses a supercapacitor, which stores enough energy to power the cam for a few seconds after the dash stops, giving it time to save current. recording and shutting down properly.

Should I buy the Thinkware X800? 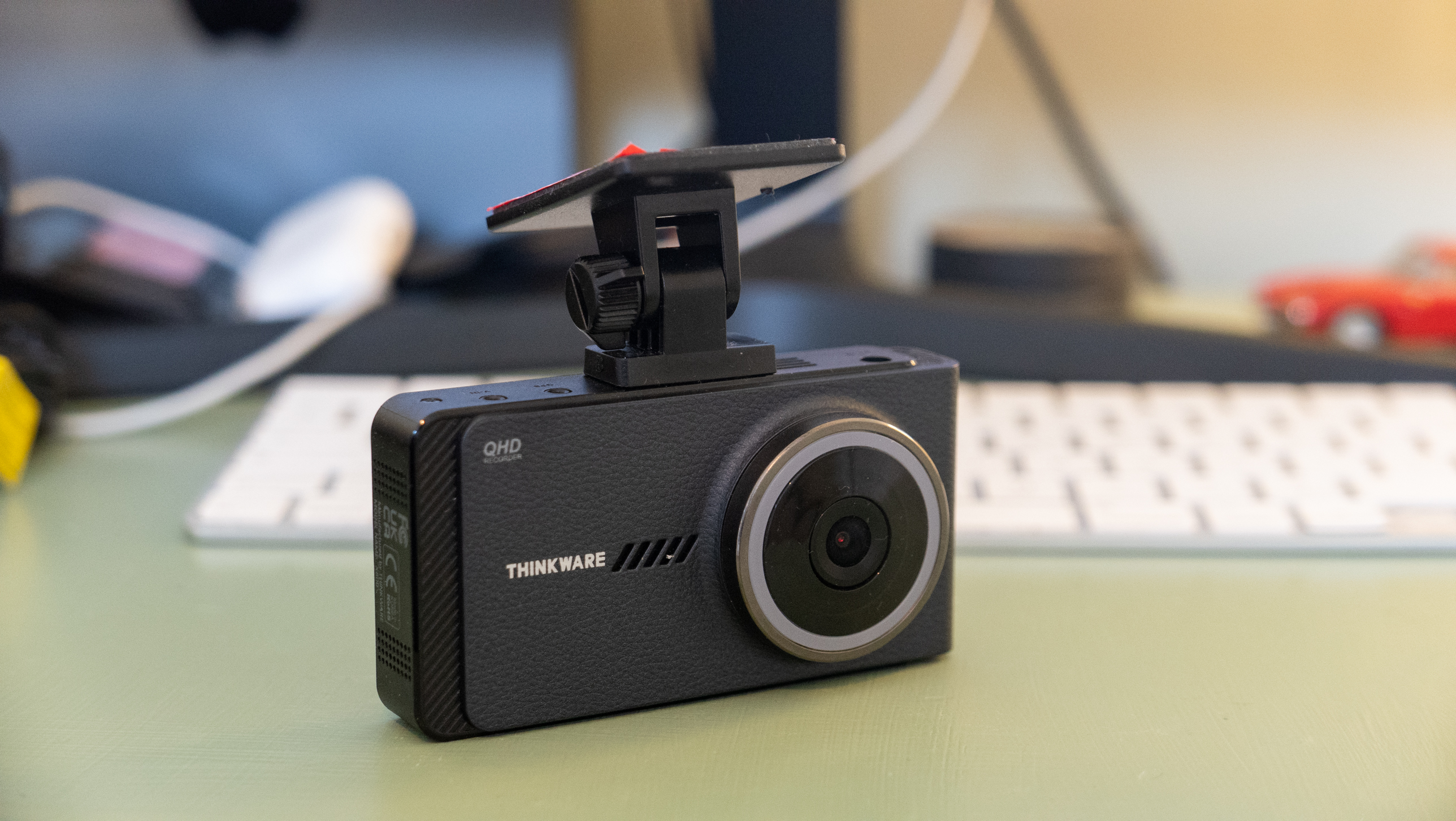