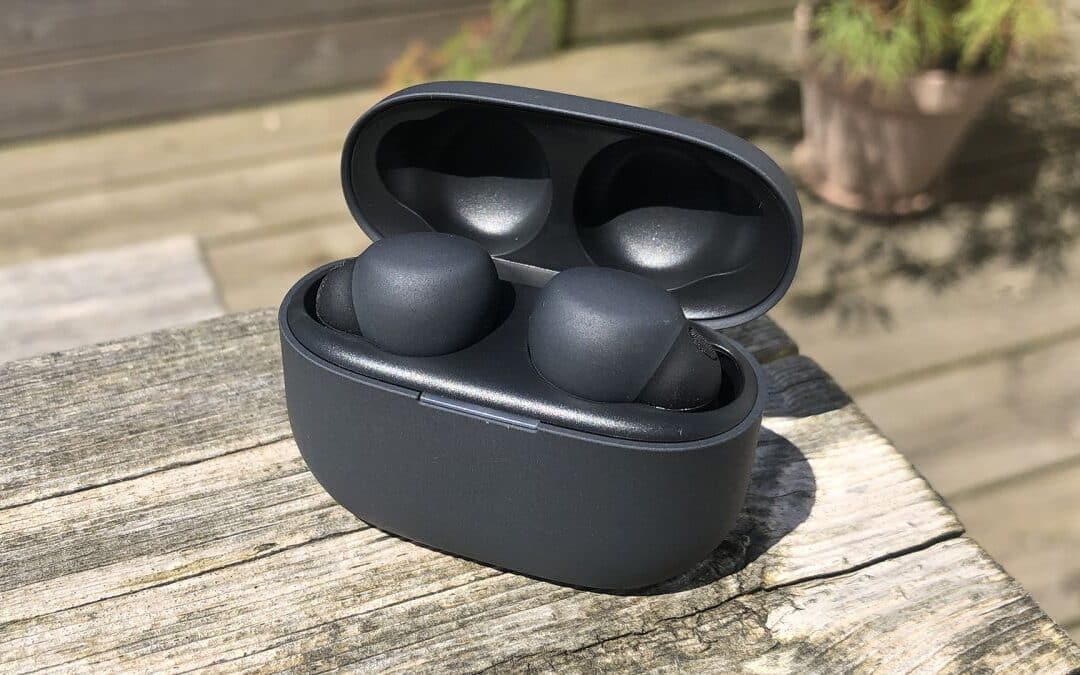 The Sony LinkBuds S aren't visually impressive in the same way that the first Sony LinkBuds were. These don't even fit in your ear, but have been designed to allow outside sound to pass through a loop in the ear canal. Weird, but kinda cool.

But in fact, the Sony LinkBuds S surprise in their own way when you get up close to them and realize they're smaller and lighter than any other design you've come across. They're designed like all the other best true wireless earbuds, except they pack Sony's noise-canceling technology into an amazing low-profile design.

The build quality is unquestionable, the specs are impressive, the battery life is more than acceptable, and there are plenty of very well-implemented control options too. The LinkBuds S even have better green credentials than most competitors, while remaining incredibly comfortable. So, at least on paper, they are ready to dominate.

And in this Sony LinkBuds S review, we found that they more than deliver on that promise. Detail levels, sound staging and tonality all impress, and the way the frequency range is balanced from top to bottom is also excellent. But when it comes to dynamic headroom, the LinkBuds S are a bit lacking: they can't muster the energy of sound and drive to bring a recording to life.

This is in quite a contrast to the Sony WF-1000XM4, which has long been hailed as one of the best noise-cancelling headphones on the market. Now that they've been out for a while, the asking price is usually very close to LinkBuds S levels, so unless the size and weight of these new earbuds are a big factor in your buying decision (and it really could be - it makes a world of difference for those with small ears), the WF-1000XM4 makes more sense to us as a general purchase.

You don't have to look far or far to realize that there is plenty of competition available for that kind of money, not least from Sony itself, whose almighty WF-1000XM4 is now regularly available for €229 / €199 or approx.

There's also Sennheiser's Momentum True Wireless 3, Grell Audio TWS/1, and the inevitable Apple AirPods Pro, all of which are very similarly priced and all have a lot to recommend them. Inside and out, the LinkBuds S have some rivals to contend with.

The LinkBuds S case is simple and well made, and it's not too bulky. (Image credit: Future)

The LinkBuds S may be small, but their specs are big. With the exception of multipoint pairing, if there's one feature these Sony true wireless earbuds don't have, it's probably not worth having.

Wireless connectivity is via Bluetooth 5.2, which supports SBC, AAC and LDAC codecs but, as stated by Sony, without aptX functionality. However, equip yourself with a smartphone with the proper LDAC specification and the LinkBuds S are comfortable hi-res headphones.

They use the same V1 processor that combines noise cancellation and audio processing in one as in the Sony WF-1000XM4, but powers a new 5mm full-range dynamic driver, which is smaller than the XM4. The earbuds themselves will have between 6 and 9 hours of battery life (depending on whether active noise cancellation is on or off), while the small charging case can hold up to a few more full charges. Which makes battery life very competitive. It's not the best in class, but the buds that work best are much bigger and heavier. The similarly light AirPods Pro, by comparison, manage 4.5 hours per charge with ANC on, so Sony has a big advantage there.

Noise cancellation can be turned on or off in the control app or on the capacitive touch surface of each earbud, but there's also an 'Ambient Sound' option, which offers 20 different options, meaning Sony will allow you to input anything, from a "track". to "a torrent" of external sound if you wish.

The 'Headphones' control app also houses equalization adjustment, selection between 'sound quality' or 'connection stability' when it comes to Bluetooth, the ability to rearrange touch controls, and more. It's the same app as Sony's high-end headphones, and it's just as efficient and stable here as anywhere else.

Touch controls are equally reliable and well implemented, and the LinkBuds feature Alexa integration as well as Google Assistant compatibility. External microphones that handle voice control, as well as telephony, are visible on the outside of each earcup behind a small mesh circle. The Sony LinkBuds S lack the bulbous design of the Sony WF-1000XM4, despite sharing much of its technology. (Image credit: Future)

When a product is as small and light as this (Sony claims the LinkBuds S are 40% smaller and over 30% lighter than its own WF-1000XM4), not much can happen in terms of "design".

Therefore, the LinkBuds S are perfectly crafted and finished in the same kind of stone-textured recycled plastic that the company makes its high-end earbuds out of. Choose from black, white or "raw" finishes. That last color makes the Sony look a bit prosthetic, to be honest. The Sony LinkBuds S have a smaller speaker driver than the Sony WF-1000XM4, which makes sense for smaller earphones, but does affect the sound. (Image credit: Future)

It doesn't take much more than going through an MQA-powered TIDAL Masters stream of Gabriels' Love and Hate in a Different Time for the Sony LinkBuds S to reveal a lot about how they play music. There are no performance secrets to unravel from these headphones - they're honest about their relative strengths and weaknesses right out of the box.

On the plus side, they're an open, distinct and impressively detailed listen. Low frequencies are thick and well controlled, so they don't drag the tempo or make beats sound unnatural. They also contain a lot of detail about tone and texture. It's an equally informative sound at the higher end of the frequency range: the highs are bright enough, substantial enough, and share the same detailed attitude.

Between the two, the amount of detail the LinkBuds S provides is very useful for singers of all kinds. The way Sony designs a soundstage allows the singers to be front and center while being well integrated throughout the performance, and from there they communicate well. If there's character in a singer's performance, the LinkBuds S will show it.

The overall balance is good, the rhythmic expression is also very nice, and Sony integrates every element of a recording with true positivity.

What's missing in the sound quality department, though, is a real sense of motivation or urgency. Dynamic headroom is reduced here and therefore everything that happens on a recording tends to happen at an unchanged level. They're a particularly lukewarm, almost unbiased listen to the LinkBuds S; no doubt several similarly priced rivals sound much more compromised and therefore attractive. 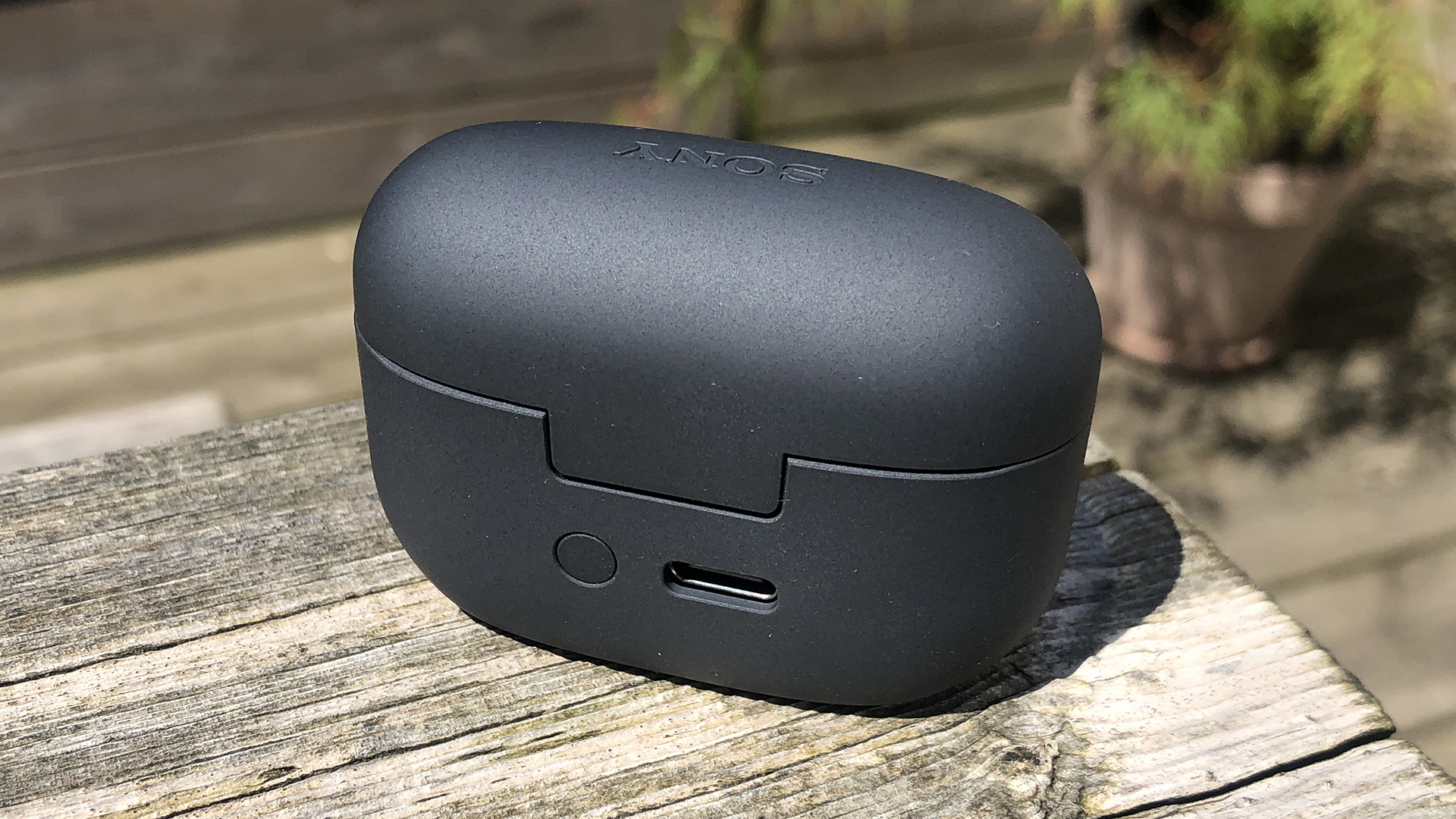 The Sony LinkBuds S only use USB-C for charging; there is no wireless charging, although they are not cheap. (Image credit: Future)

When you consider the level of build and finish here, it's as if the LinkBuds S haven't been miniaturized so much as condensed. The finish is impeccable and the earmuffs give the impression that they are designed to last a long time. The same goes for the charging case, which closes with a quick and reassuring “snap”.

Sony has made great progress in reducing the environmental impact of its products lately, and the LinkBuds S are no different. They arrive in unbleached, unprinted, plastic-free packaging, and the earbuds and charging case are made from a material that combines recycled plastic car parts with stone. It can be recycled at the end of the product's life.

Ultimately, though, in-ear headphones live or die by their sound quality, and here the Sony LinkBuds S just aren't a knockout. They're a lot more good than bad, of course, but where they're lacking, primarily when it comes to dynamics and handling, they...