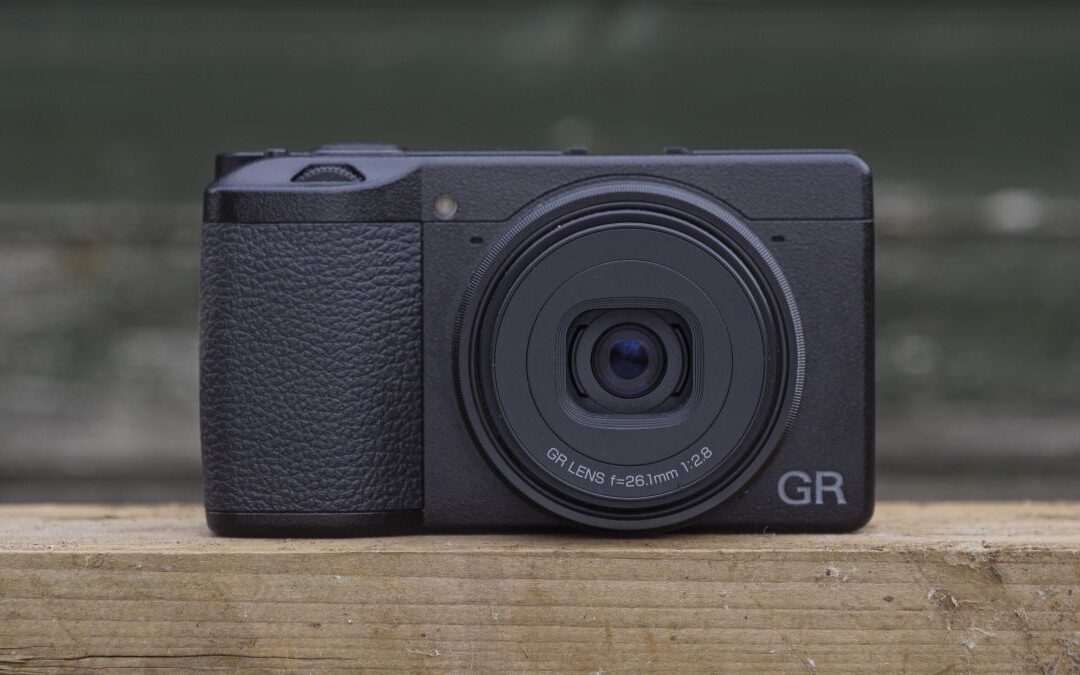 The new Ricoh GR IIIx is the latest in a long line of low-profile compact cameras that are small enough to fit in your pocket, yet feature a large APS-C sensor and sharp main lens.

The Ricoh GR series has carved out a niche for itself, being particularly popular with street photographers and everyday photographers who love the camera's quick response, intuitive operation and, more recently, the Snap system.Focus to Capture decisive moments. As a result, they've long been a mainstay in our guides to the best compact cameras and the best travel cameras.

Still, one thing many GR enthusiasts crave is a longer telephoto focal length than the 28mm f/2.8 lens found in the latest iteration, the GR III. Well now your wish has come true with the GR IIIx, a camera that is virtually identical to the GR III in every way except that it has a 40mm f/2.8 equivalent lens.

We'll go into more detail about the practical differences between the focal lengths of these two cameras in our in-depth review. It goes without saying that there are scenarios more suitable for the 28mm lens and others more suitable for the 40mm. Either way, sticking to a particular focal length can be a useful creative discipline for photographers, but if we could get greedy, we'd like to have a GR III in one pocket and a GR III X in the other.

Perhaps Ricoh will continue the Sigma Quattro approach by adding other models like a 75mm f/2.8, although the GR IIIx does have a usable crop mode taken from the 24.2MP sensor, coming in at 71mm. There's also an optional 2mm GT-75 teleconversion lens, but adding accessories and bulk to a GR III camera seems like sacrilege, yes, even a flash via the accessory shoe.

Aside from the new lens, it's like it's you, for better or worse. If you're looking to get the most bang for your buck based on a spec sheet, the GR IIIx is not for you. At $999 / £899 / AU$1,799 it's more than the GR III when it launched and for that money you can get an APS-C interchangeable-lens camera with a lens or two, or a fantastic smartphone. 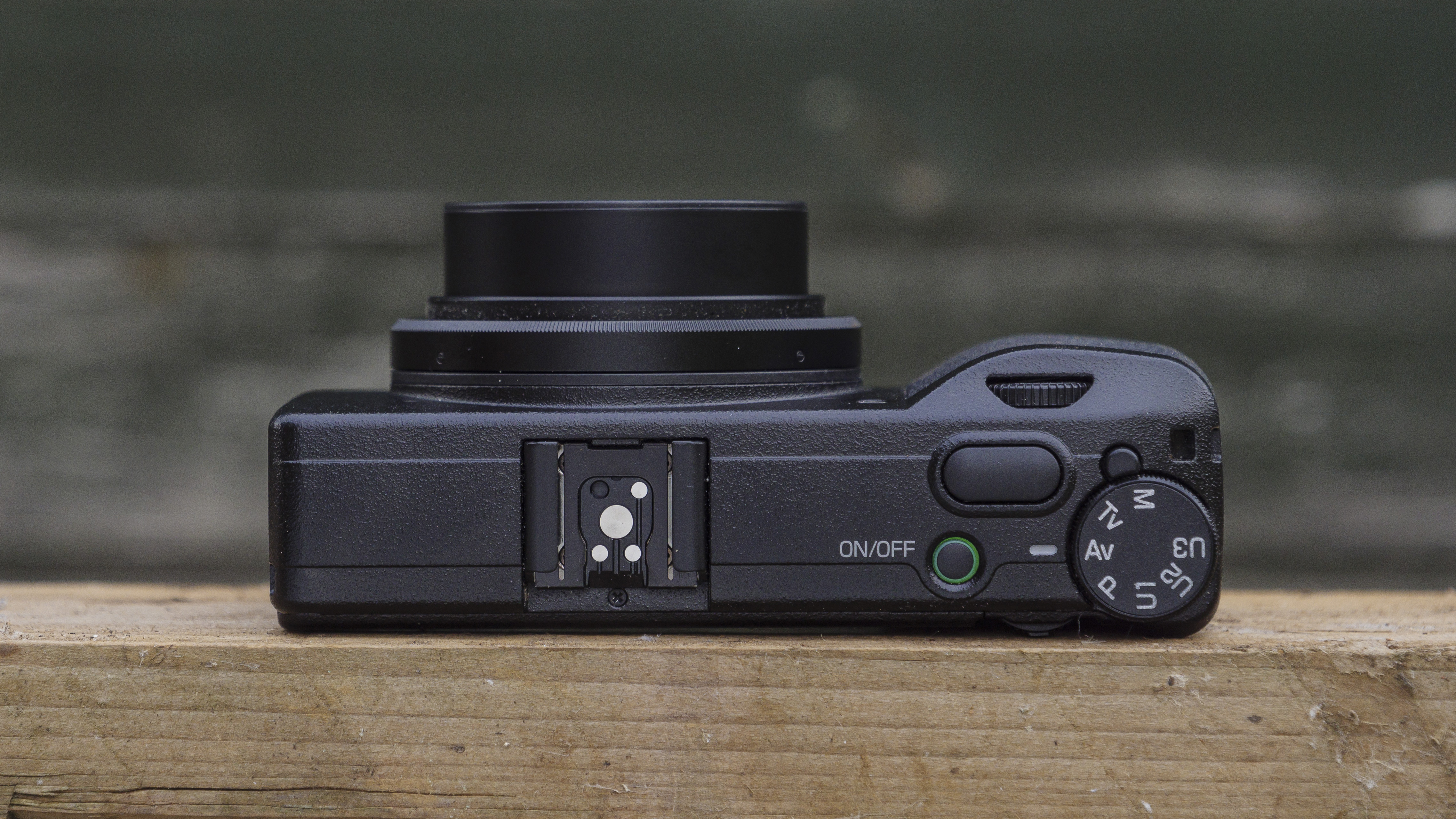 The GR IIIx's battery life is poor. There's also no built-in flash, viewfinder, or even an optional EVF via accessory shoe, the rear touchscreen is fixed, video recording is limited to Full HD with no mic input, and AF is shaky. Those are some drawbacks, so why is the GR IIIx so expensive? Well, there really isn't any other pocket camera like it today, especially with this new lens. Trust us, we've searched a lot.

Perhaps its closest rival is the Fujifilm XF10, or various discontinued cameras like the Fujifilm X70 and Nikon Coolpix A, all of which have a 28mm lens. The GR IIIx has more street tricks than all of these options, though we'd like a tilting screen. Other large sensor compacts like the Fujifilm X100 series or smaller interchangeable lens cameras with 40mm pancake lenses don't compare as they are much larger.

More important than features, the GR IIIx is a joy to use. It's a camera you want to have in your pocket. It feels so intuitive for quick turnaround general photography and is easy to customize with tools experienced photographers will love. Raw in-camera editing and seamless wireless connection to a smartphone (based on our experience with a Google Pixel) mean you can easily share edited images on the go, too.

Throughout our review, we've been particularly interested in how the new 40mm lens affects the handling of this pocket-sized camera, and whether the quality of the lens is just as good. Read on for our detailed Ricoh GR IIIx review, and for more information, check out our Ricoh GR III review. 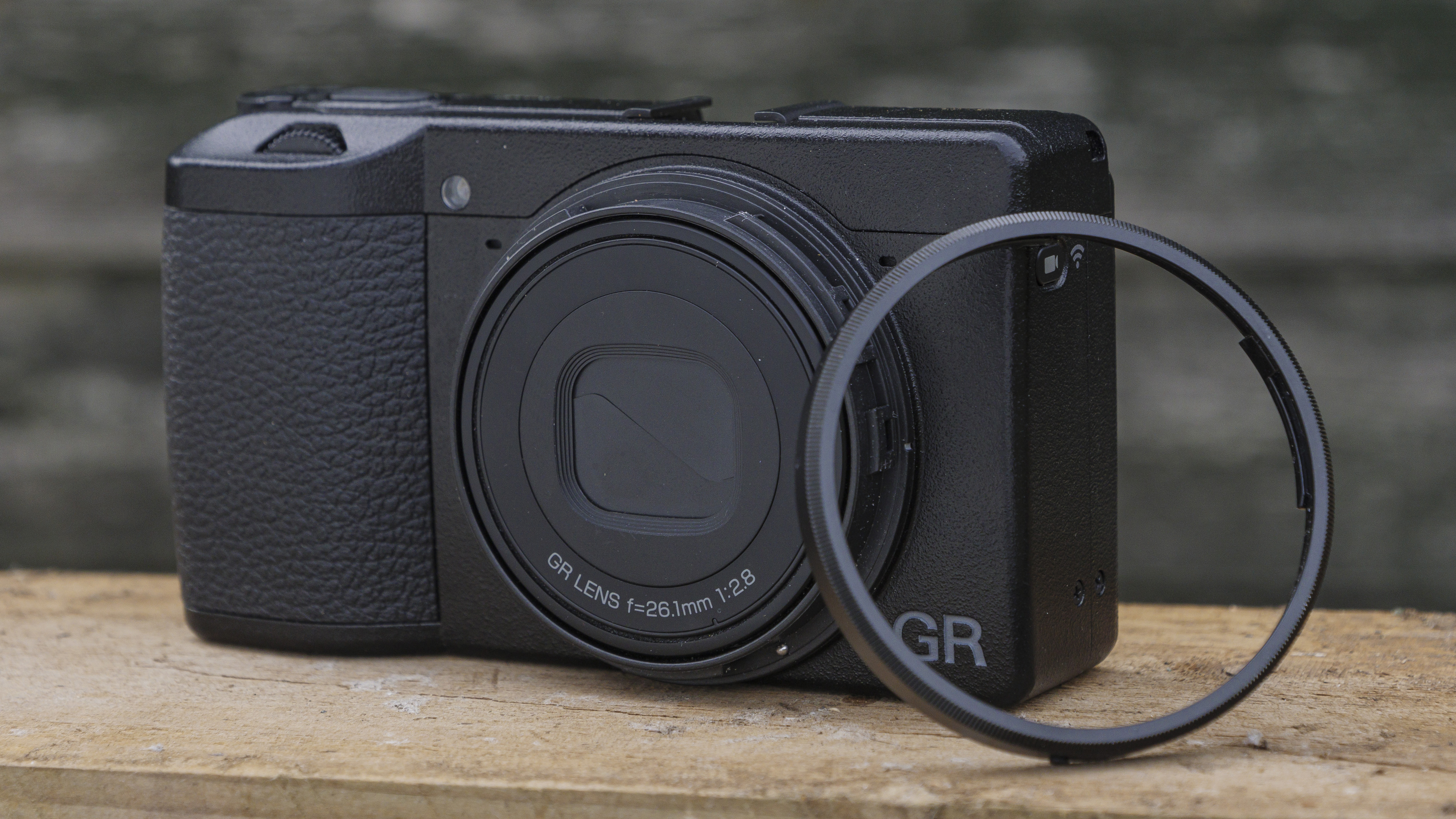 Perhaps the most sensible additions to the GR IIIx are the additional DB-110 batteries, while we particularly liked the handling of the camera with an optional third-party thumb grip.

On the surface, the GR IIIx is a simple and robust camera. It's thicker and narrower than a smartphone, though it's deeper at 35mm according to our tape measure. It's as narrow as APS-C cameras, and the GR IIIx slips easily into a pants pocket. It's also super light, weighing 262g including battery and card.

You can hold and tap focus on the GR IIIx the same way you would when shooting with a phone, so in public you can relax and blend in. If you don't need touch focus, one-handed operation in either format works wonders, especially with an optional thumb grip.

Despite its simplicity and point-and-shoot nature, there's more to the rugged GR IIIx than meets the eye. Twin dials modify exposure, including exposure compensation. Without a thumb grip in place, the rear dial can be bumped easily, but press it and a quick access menu for regularly changed settings is revealed; Picture style, focus mode, metering, file format, and screen brightness. 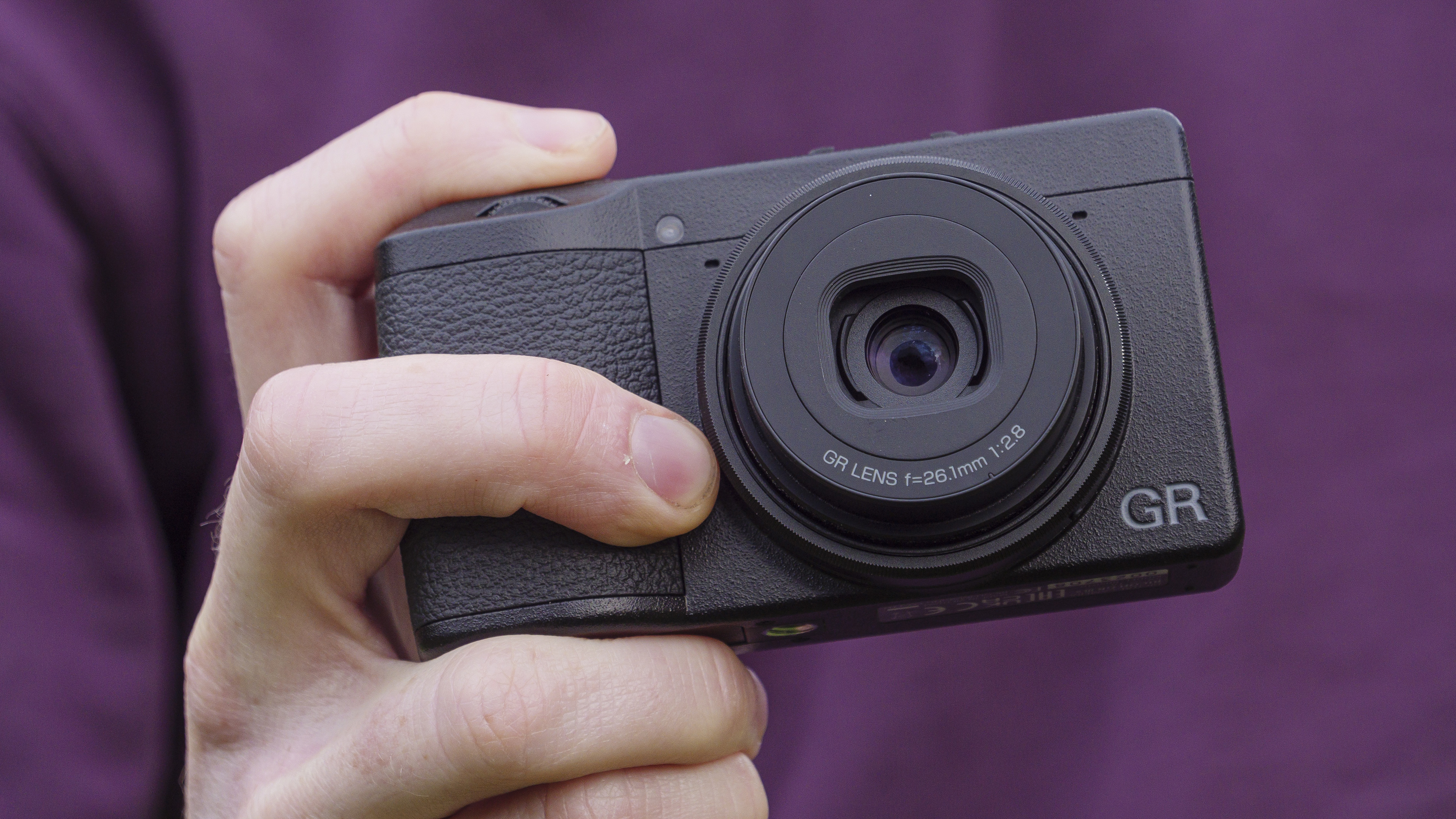 Pay attention to the shooting mode dial too: lock-up isn't the strongest and we had a few times where the mode had alternated between going with the camera. On this dial are the usual PASM exposure modes, along with three user-defined shooting modes (U1 to U3).

Custom shooting modes are great for those who take the time to create unique camera setups for specific scenarios, assigning a full range of settings including Auto ISO with shutter speed control, minimum acceptable shutter, and focus mode including Smart Snap Focus.

The fixed 3-inch LCD touch screen is a bit difficult to see in daylight. Pump the 1,03 million dot display to its brightest setting and things get a bit brighter. There are a number of compromises made to keep the GR IIIx so small. If we could make just one change, it would be to have a flip screen which would be very useful for shooting from multiple angles. 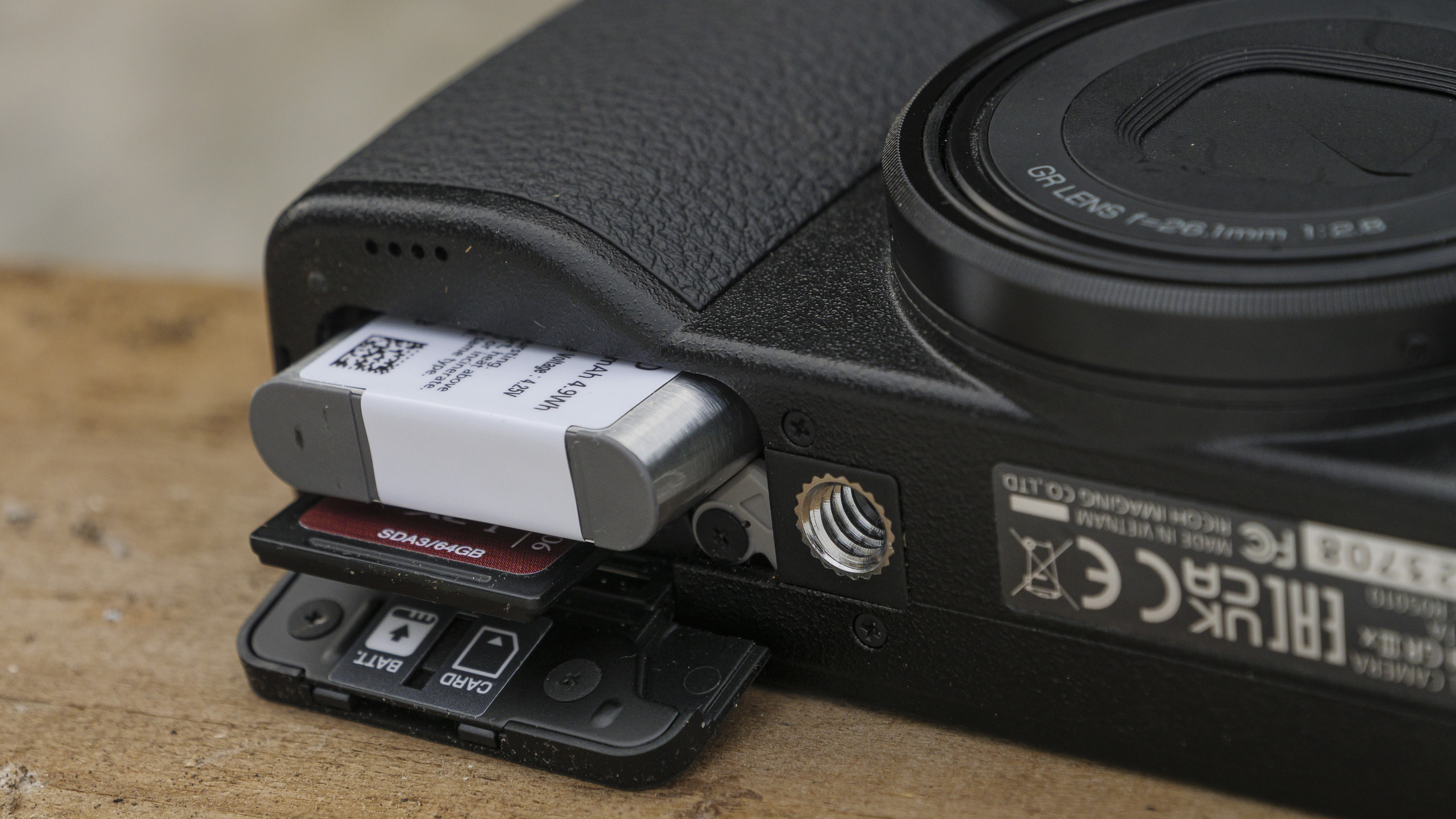 There's no denying that the 200-shot battery life is modest. Honestly, we didn't mind, and sometimes working within the limits, like 36-reel film, can be good practice. Additionally, the camera can be charged on the go via USB-C and additional DB-110 batteries can be purchased cheaply.

For the lens ring cap, Ricoh opted for style over substance. Instead of offering controls like manual focus or aperture (which we didn't necessarily investigate), the GR IIIx lens ring cap is featureless and can be replaced with different colored ring caps to customize the camera.

After a long time with the camera in and out of the pocket, we started to think that the lens cap might be a smart purchase to protect the front of the lens. However, the camera does come with a basic wrist strap and a nice touch is that the GR IIIx has 2GB of internal memory, offering plenty of storage space for photos and Full HD videos. Above 2 GB, you will need an SD UHS-I memory card.

Ricoh has perfected the GR III series to appeal to experienced photographers who want a simple, customizable camera with quick response. Start-up time is dazzling, the GR IIIx drops frames from power off in less than a second and with immediate shutter response.

In continuous drive mode, there's a moderate frame rate of around 4fps by our estimate. For raw DNG you'll get around ten shots before the camera slows down, whereas in JPEG alone it's more like 150 shots. The GR IIIx is not an action camera, although it reacts quickly to capture decisive moments.

Focus modes include Snap Focus for a preset focus distance in half-meter increments from one meter or to infinity. In practice, it's possible to temporarily override Snap Focus if it's set to the wrong distance via touch focus. Additional AF modes are available in the quick access menu.

Snap Focus is a different game with the new 40mm lens than it is with the GR III's 28mm lens, as depth of field is narrower and therefore less forgiving at a given aperture and working distance. You may not see it on the small screen, but you may well miss your point of focus when shooting close at f/2.8. Fortunately, there is an on-screen depth-of-field indicator, through which you can check the depth-of-field setting.

For portraits close to the camera and with a shallow depth of field, it may make more sense to use touch autofocus instead of instant focus. Performance of other AF modes is only decent and generally less reliable, including slow and unreliable tracking AF, as well as average auto-area AF. 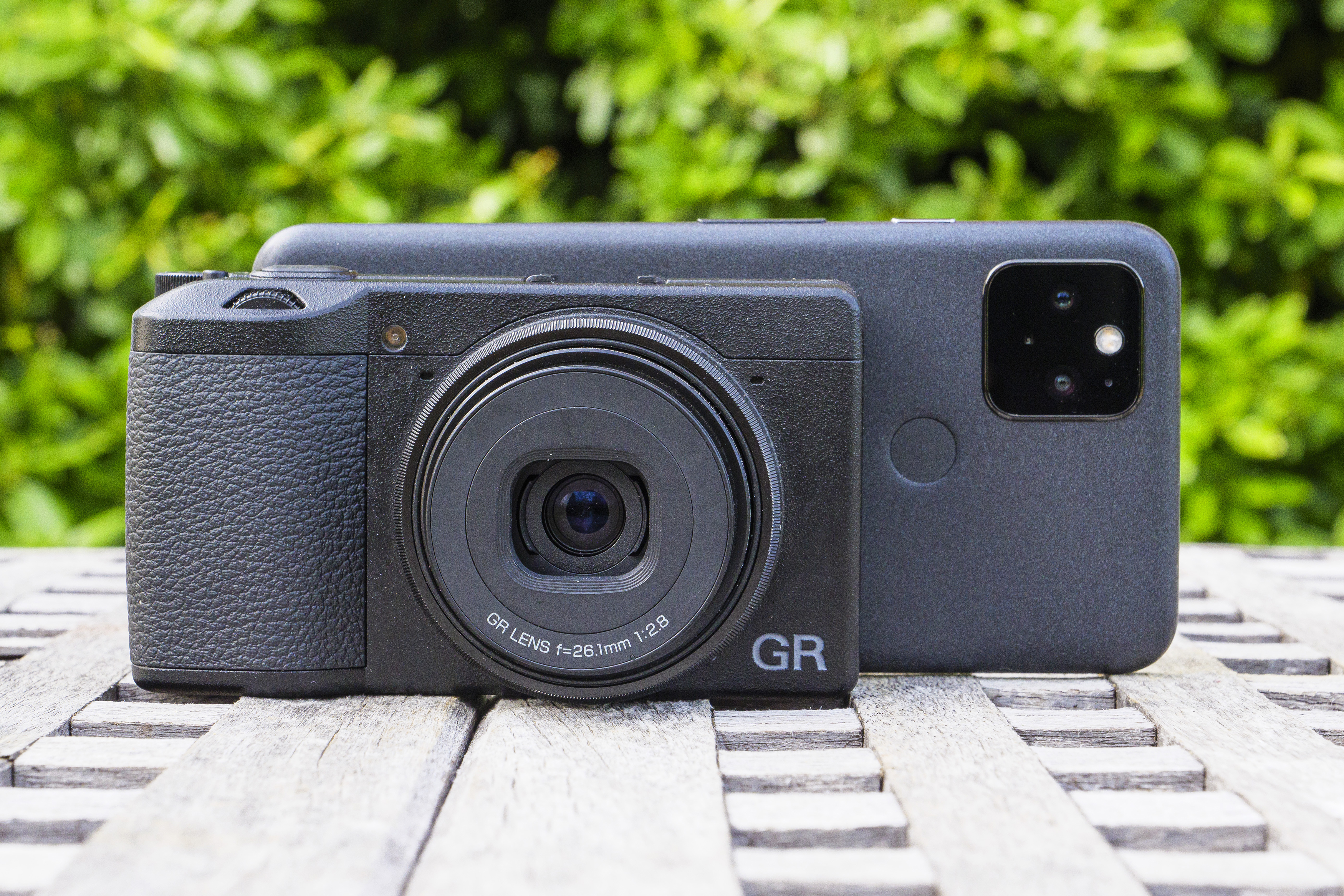 There is also a macro focus that reduces the closest focusing distance from 0,2m to 0,12m. With the more telephoto 40mm lens, the macro mode seems more useful on the GR IIIx than on the GR III; with a bit of cropping, we got some authentic looking macro images.

The GR IIIx has…