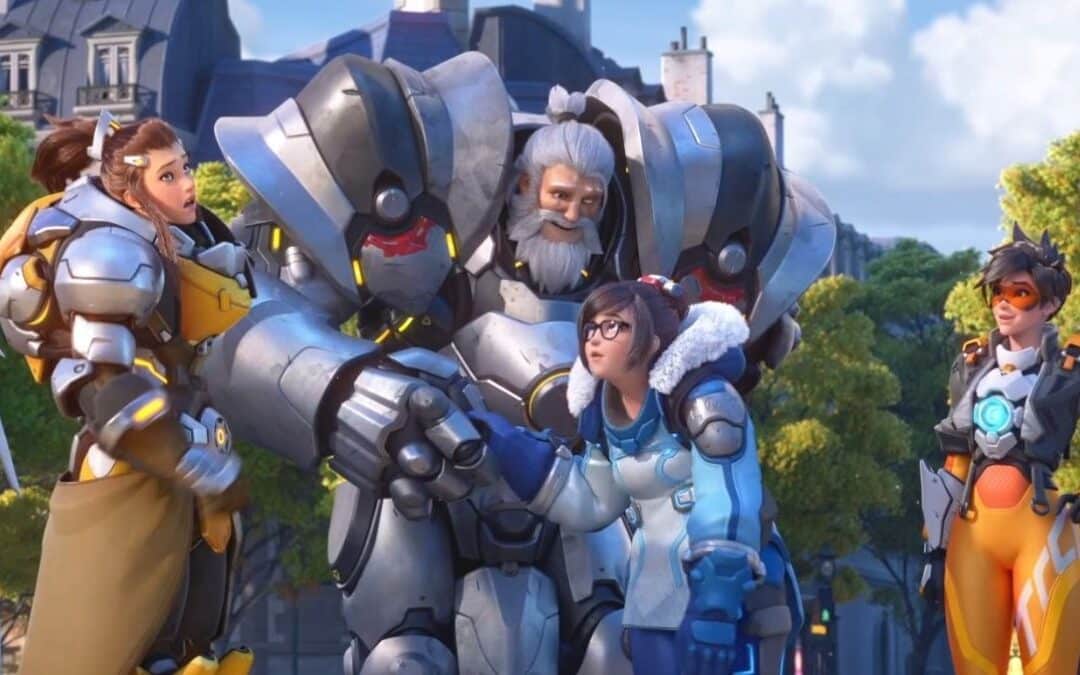 The Overwatch 2 beta is almost here, ending a two-year content shortage. Overwatch hasn't had a major update since it added the hero Echo in April 2020. Since then, the wait for the sequel has been long.

Instead of waiting for the PvE side of Overwatch 2 to complete, Blizzard is allowing players to try out the PvP content before the game's full release. The big change from the original Overwatch is that it's now 5v5 instead of 6v6 with teams consisting of one tank, two damage, and two support players.

The Overwatch 2 beta is packed with content, so we've created this one-stop shop with all the important information you need to know, like when the beta will be released, what characters are being tweaked, what new maps, heroes, and characters. Game modes included. There's a lot to discover, so here's everything you need to know about the Overwatch 2 PvP beta.

Overwatch 2 beta: get straight to the point

The Overwatch 2 beta will launch on April 26. As this is a closed beta, you can only participate if you are invited, although we hope that many people will be admitted to keep the online population healthy.

How long will the Overwatch 2 beta last?

Blizzard hasn't said how long the Overwatch 2 beta will last; we only know when the first phase will be released and what it includes. We don't know yet if it will be a beta for a limited time or a rolling release.

Beta tests are often short, lasting a week or less, giving developers the opportunity to test their servers and see if they will hold up at launch. However, we anticipate that the Overwatch 2 beta will likely last longer. Overwatch had extended the alpha and beta periods where Blizzard incorporated player feedback to change the game. The first Overwatch beta ran from October 27, 2015 to January 21. A second beta ran from February 9 to May 9, before the game was released on May 24.

Since an end date for the Overwatch 2 beta has not been announced, we believe it will have a similarly long testing period. We contacted Blizzard to confirm this.

Is Overwatch 2 beta on consoles?

Unfortunately, console players will not be part of the initial beta testing phase of Overwatch 2. This month's beta release is exclusive to PC. However, Blizzard states in the official Overwatch 2 Beta FAQ that "The first closed beta will only be available on PC, but we plan to include console players in future betas." 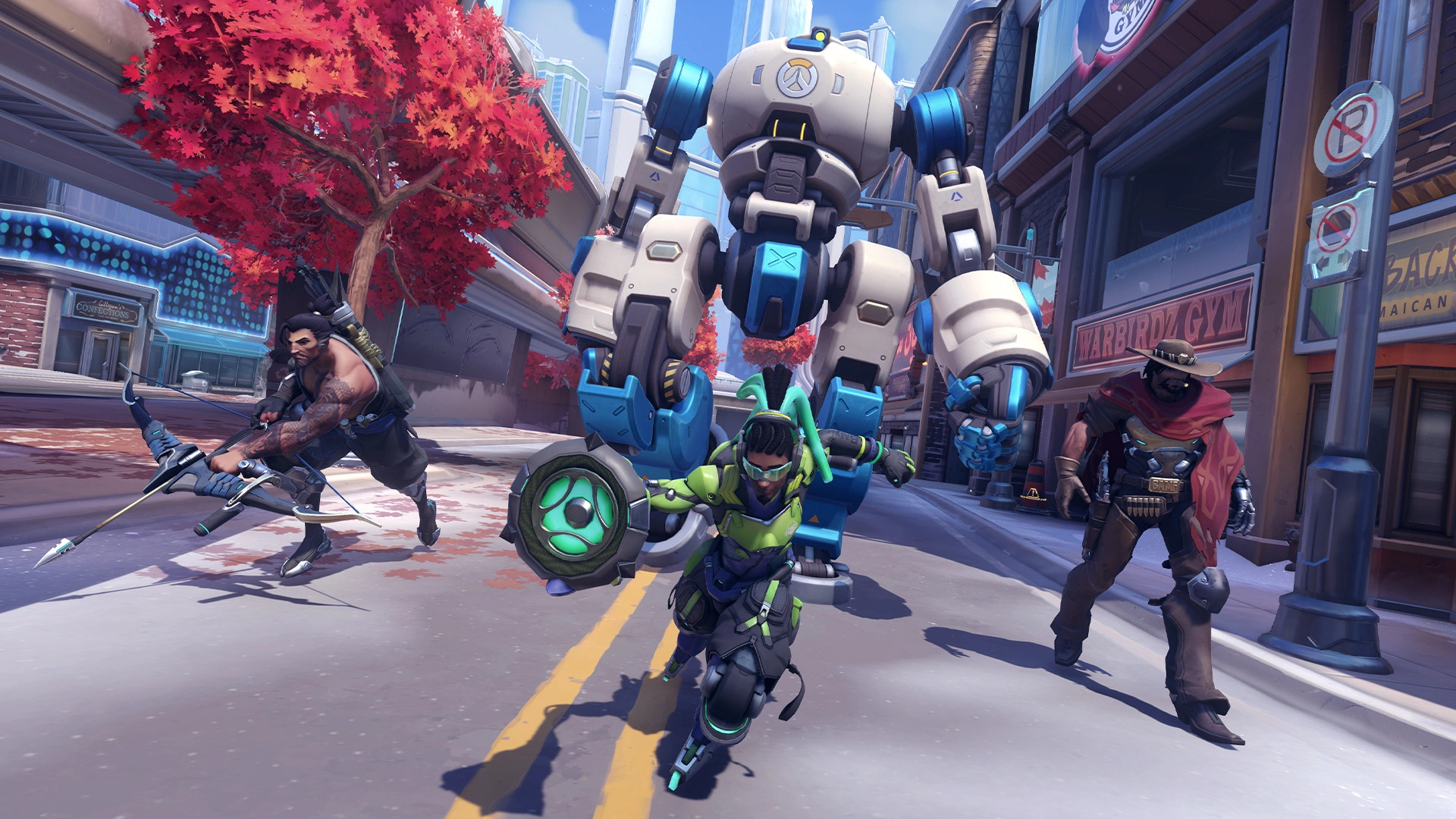 The Overwatch 2 PvP beta includes a new game mode called Push. Although this is the first time we can play Push, the mode was revealed in 2019.

The rules of Push are easy to understand: it's basically a reverse tug of war…with a robot. In the middle of the map, there is a robot named DOS that you fight to control. If your team takes possession of DOS, the machine begins to push a barricade towards your opponents spawn. If they take control of DOS, the robot will push a different barricade towards your spawn.

To control DOS, you must have more players in your vicinity than your opponents. If you lose control of DOS, the robot will quickly move towards your barricade and start pushing you towards your spawn. There are checkpoints along the way that open up new spawn points for teams so they can get back into the action faster.

If you can get TWO to push your opponents' barricade to the endpoint on their side of the map, then it's an instant win (and vice versa). Otherwise, you will lose the one whose barricade is closest to your end point.

If you want to see this mode in action, here's an exhibition match from last year's Overwatch League Finals. 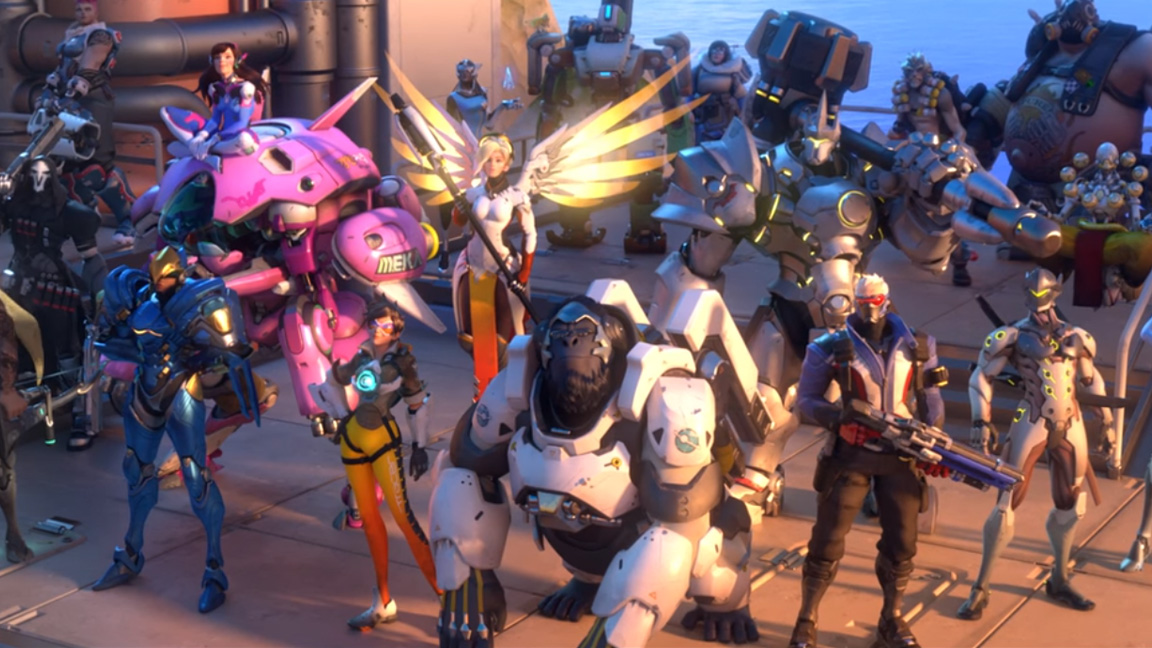 The Overwatch 2 beta includes all 32 Overwatch characters, plus the new hero Sojourn.

However, with Overwatch 2 going from 6v6 to 5v5, Blizzard has tweaked each character, adjusting their damage, health regen, and health pool. Blizzard also completely reworked some heroes, including Sombra, Doomfist, Bastion, and Orisa.

Here is a list of all the heroes coming to Overwatch 2. 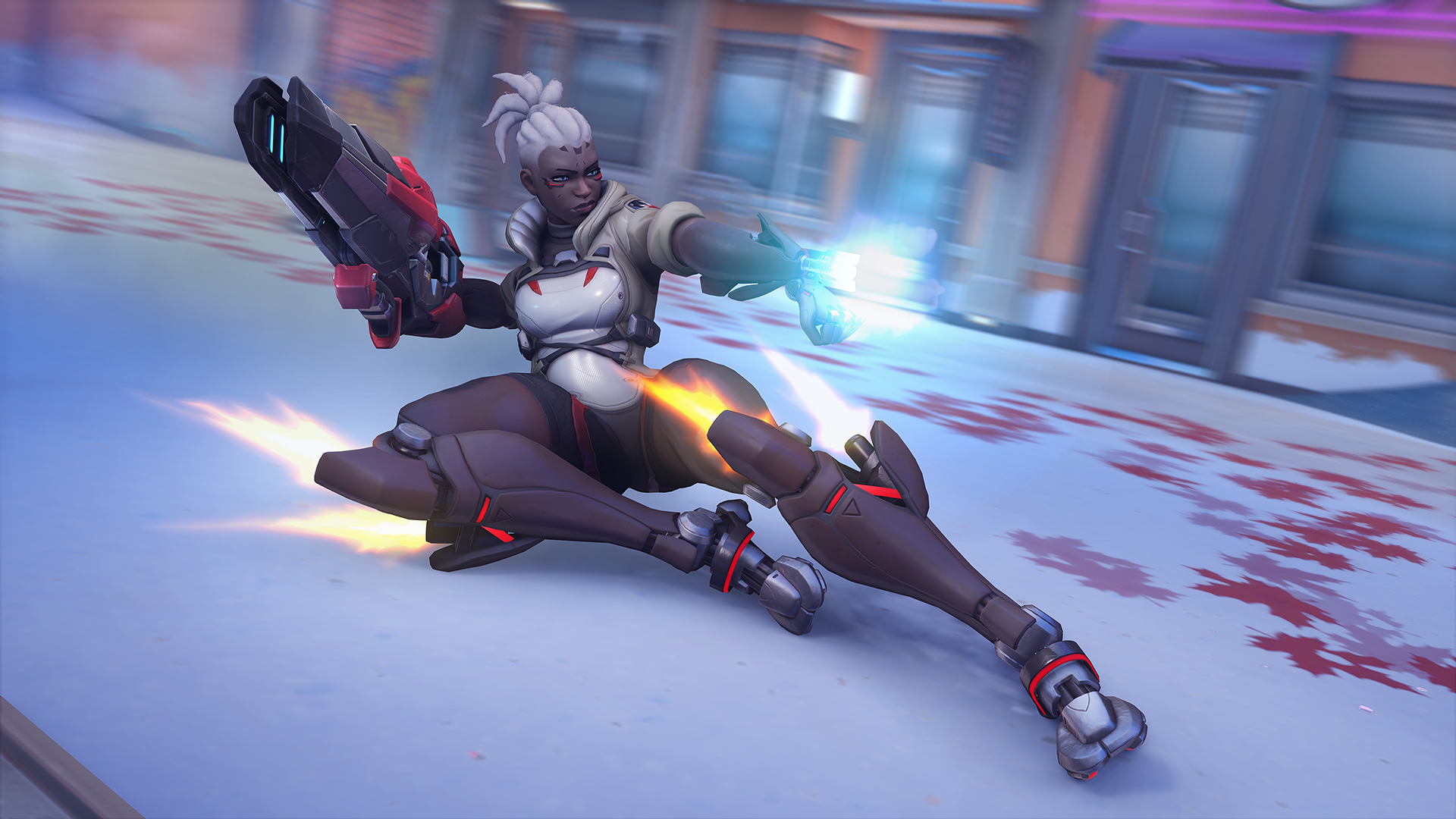 Revealed at BlizzCon 2019, the new hero Sojourn will debut in this first Overwatch 2 beta.

Sojourn is the game's first Canadian hero and one of the original members of Overwatch before the group disbanded. She is a recognized leader of the group and was introduced as a supervisor in the Storm Rising Archives event. She is now ready to join the reformed Overwatch and take on Talon.

Blizzard released this character trailer ahead of the beta release:

Blizzard hasn't released a breakdown of her abilities yet, but we do know from previous images that she's armed with a powerful railgun. However, GGRecon reportedly spoke to sources with access to the Overwatch 2 alpha who shed some light on the character. They report that she has an ability called "Disruptor Shot" which acts as "a grenade-like field that also slows enemies in an area around her."

He is also said to have a movement ability that allows him to move both horizontally and vertically, similar to Baptiste's Exo Boots.

Bastion has always been a difficult character to balance in Overwatch. His damage potential is huge, and against rookie players he tears through teams that don't know how to deal with him. However, he is nearly useless at higher levels, where players take advantage of his lack of mobility. He's not a great place for a hero, so Blizzard is considering him again.

In its current revamp, Bastion can no longer self-repair, but it does gain an alternate fire which is a short-fuse grenade that you can ricochet off walls and around corners before it explodes.

Bastion now has a much slower burst shot when firing on the move, making his primary shot feel accurate. While in turret mode, Bastion can now move at reduced speed, though this is a cooldown ability so it can't be used all the time.

Bastion also has a new Ultimate where it goes into artillery mode and you can select three sections of the map for mortar.

Sombra's rework reduces her crowd control abilities but makes her a more offensive hero. She can now hack in stealth mode (although it is briefly revealed). Her hack doesn't last as long, but hacked enemies now reveal themselves through walls and take more damage.

His EMP no longer breaks shields, it only damages victims at 40% health, but the debuffs from a hack still apply to affected characters. These changes make Sobra a really dangerous hero and one you'll probably want to be very careful with.

Doomfist is seeing the most drastic change as Blizzard has confirmed that he will be moving from a damage dealer role to a tank role. What has not been revealed are his abilities and how he works as a tank.

It is also reported that his Rising Uppercut and Seismic Slam are now an ability that starts with him launching people into the air and then slamming them into the ground for area of ​​effect damage. 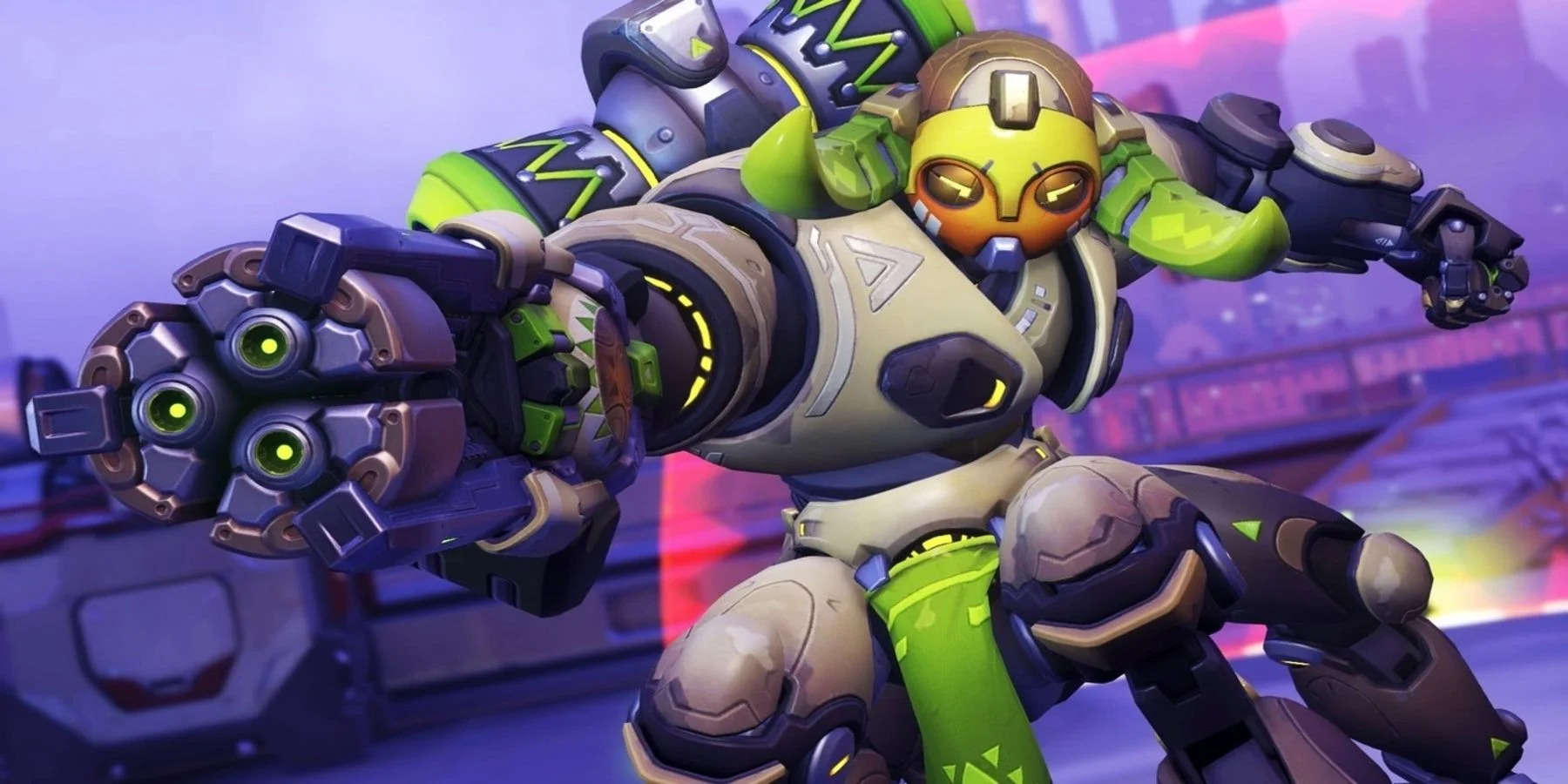 We still have no official word on Orisa's pending renewal, but GGRecon reports that all of her abilities have changed except Fortify. She now has a spear that is the heart of her new team. Energy Spear allows him to throw the spear, and another ability, Spear Spin, destroys projectiles and allows him to move faster and knock enemies back.

Her ultimate is now called Terra Lance and pulls opponents towards her and takes less damage as the ability is channeled. The longer she channels, the more damage she deals. 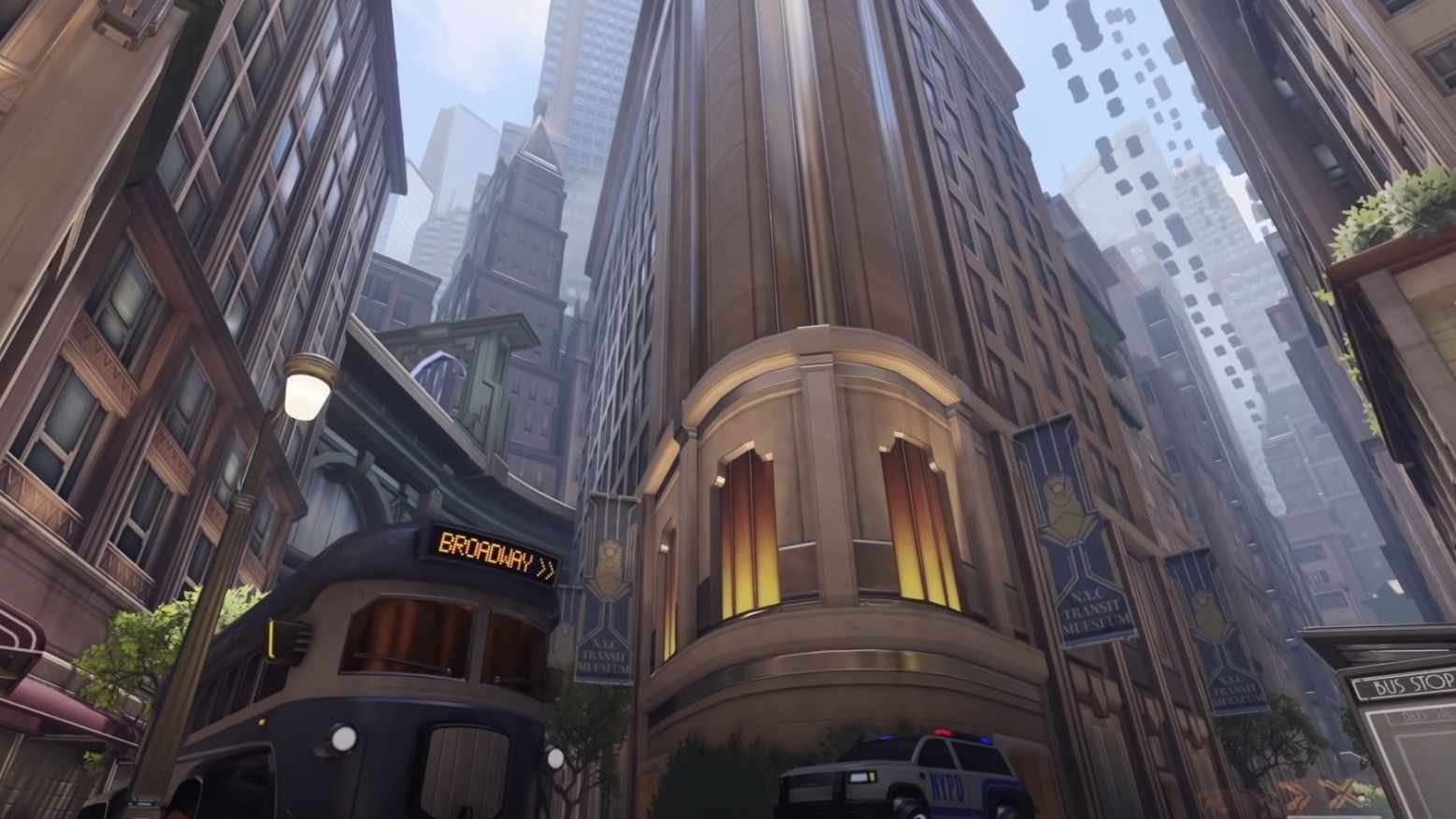 Like the heroes of Overwatch, all maps from the first game will appear in the Overwatch 2 beta, except for strike maps.

Assault maps have been a problem since Overwatch launched, as they can quickly snowball with a group getting an easy win or become increasingly difficult to capture control points over time.

In this first beta version, the development team decided to focus on Push, with two cards in this mode. There are also two other new maps, namely the New York-based Midtown map, which is a hybrid map, and the Monte Carlo-themed Circuit Royal Escort map.

Here is a full list of maps included in the beta:

The letters don't come back