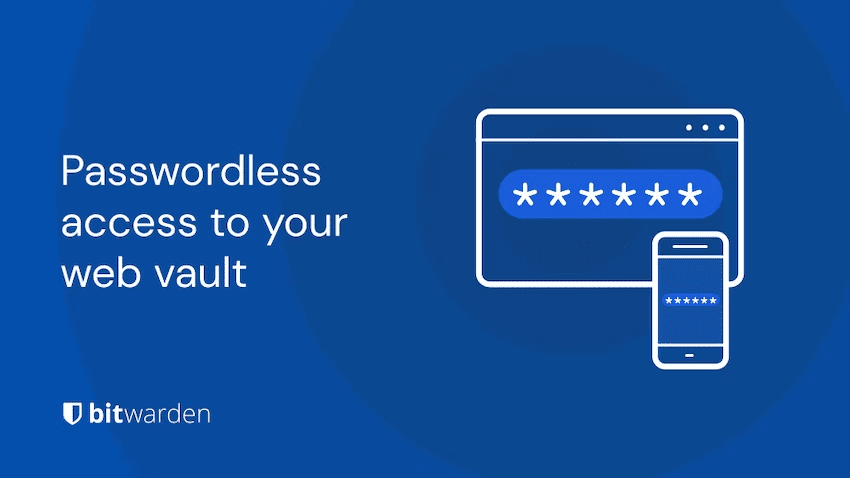 Open source password manager Bitwarden has announced that it will stop having passwords in a move that it hopes will make it easier and faster for users to access their Bitwarden vaults.

In a press release, Bitwarden explained that its new mechanism "uses a public and private key exchange between the web vault and a recognized and authorized mobile device," allowing users to approve a connection from their mobile device.

Bitwarden, a member of the FIDO Alliance, is one of many companies pioneering the implementation of more secure passwordless logins designed to reduce hacking and phishing scams to virtually zero.

In support of their commitment to the Alliance, the results of an internal survey conducted by Bitwarden, which states that "nearly 50% of companies plan to implement passwordless technologies", with security being a key driving movement.

Earlier this year, 1Password found that nearly half of employees were putting their secure credentials at risk by sharing passwords. A move to make logins more personal and less reliant on passwords could be the news many organizations need.

Pleased with the results, DuckDuckGo selected Bitwarden as the "first external password manager solution" in the browser on macOS devices, allowing the secure search engine to continue its work to protect user privacy.

Since passwordless logins became widespread at events hosted by Apple and Google, consumer interest has grown, but many companies have yet to add support. However, there are a few websites and apps where you can try this new type of authentication, including PayPal.