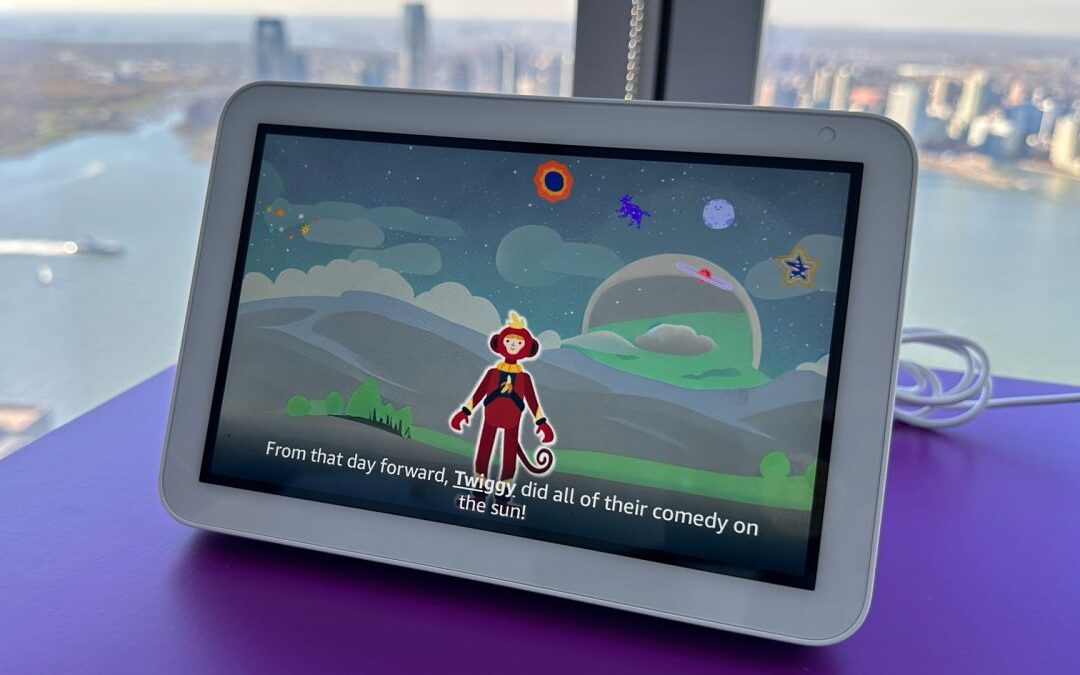 There may be a good reason to buy your family an Amazon Echo Show 5 Kids this season. And it all comes down to stupidity.

For decades, it was an age-old tradition to drive across the country with only Mad Libs (opens in a new tab) to keep a family laughing and sane. Before digital, we had notepads full of silly story frames. In reality, they were just skeletons, and the note taker would call out prompts on the page that asked for a person, place, thing, animal, feeling, etc. The goal was to generate the most absurd story possible, which would then be done by the designated transcriber. read to the hysterical groans of the family.

However, the more trips he made, the fewer unfilled pages there were. Analog Mad Libs had its limits.

I recently tested Amazon's Mad Lib-style efforts on an Amazon Echo Show 5 Kids Edition. It looks a lot like the Amazon Echo Show 5 (2nd Gen) we reviewed in 2021, but with built-in parental controls and content filters. It's also home to the Amazon Create with Alexa beta, which the company announced back in September and will officially launch today (November 29).

When I heard about these AI-powered story creation abilities, I didn't think much of them. In fact, I may have written them off since AIs currently write some of the online news prose (opens in a new tab) that you read, and to be honest, that annoys me.

Creating with Alexa, even in its beta form, isn't the kind of cold, impersonal AI content generator that burns my shorts. It's a story creator suitable for kids and adults that combines the essence of Mad Libs (no official relationship with the brand) with the power of AI, but in a way that puts you in control.

For starters, we told Alexa, Amazon's voice assistant, "Let's make a story." This started the beta version of Creative AI and its kid-friendly interface. He walked us through choosing a handful of story settings and character details:

Like Mad Libs (there is no official affiliation with Amazon), the prompts were designed to help push the story in increasingly weird (but kid-safe) directions.

The prompts are organized and offer a relatively limited set of options and themes including Underwater Exploration, Haunted Forest, and Space Exploration, as well as only four customization options (Story Hero, Hero Name, Descriptive Word, Color). The system ignores anything that does not fit these predefined prompts. In other words, you can't build a crazy story from your personal data (name, address, etc.)

Amazon told me that the system uses three different AIs to build a whimsical story. It uses a language model trained on stories written by humans. Second, it uses an AI scene generation model to create the background, correctly place objects and story subjects in the scene, and even give characters facial expressions. You can call the third AI "The Conductor" because it generates what Amazon calls "supporting music" for your story. All of these AIs increase the level of variability of each story, which means that even with the same prompts, you could end up with a different story.

That's all well and good, but from what I can tell, these AIs can also be comedians. The resulting story was as ridiculous as any Mad Lib we created on the trip from Colorado to Florida.

Here is an example passage:

Twiggy used the star-filled blue sun to broadcast her jokes to all the stars and the moon. The audience loved what he saw, and Twiggy never got tired of being funny as he watched." 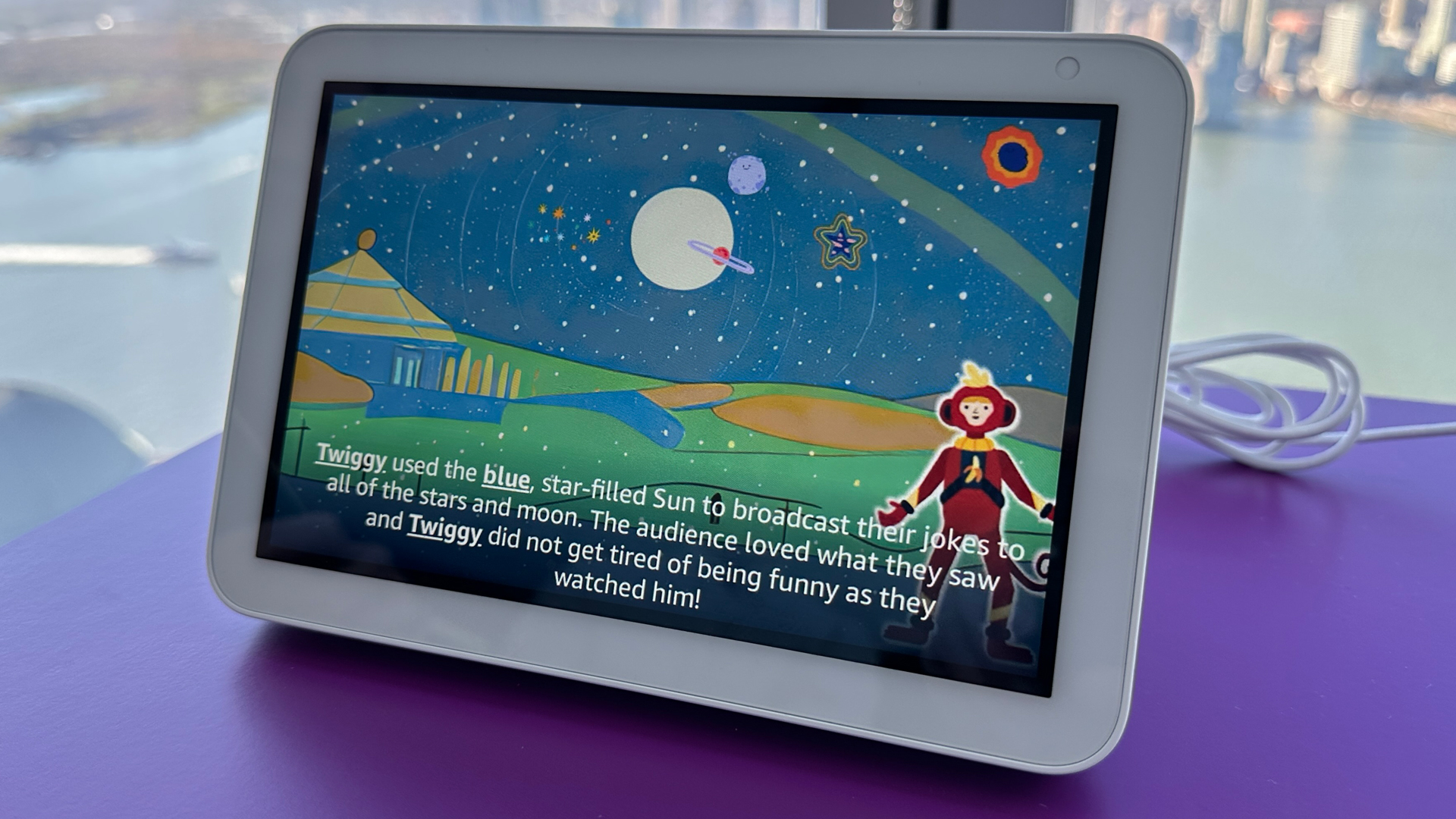 Where Mad Libs ends and Create with Alexa potentially takes off, however, is in the system's ability to retain those silly details of the story and the character you co-built with it to possibly feed into other stories. Essentially, Twiggy can, with a future update, be my main space money in any number of AI and human co-authored stories.

All of your original stories are stored in your integrated, personalized media gallery, so you can view and replay them anytime.

What I love about this concept is that it's not just about a kid or anyone else looking at another screen, hoping it will tell them another story and entertain them. Creative AI is, by design, a co-creation effort. The story doesn't develop or go anywhere without input from your child or you (or both together). It's a smart way to use the AI ​​without letting it take over.

The experience is designed to work on all Echo Show devices. When Amazon drops the price of the Echo Show 5 for kids this holiday shopping season, I think Create with Alexa might be the reason you go for this deal.