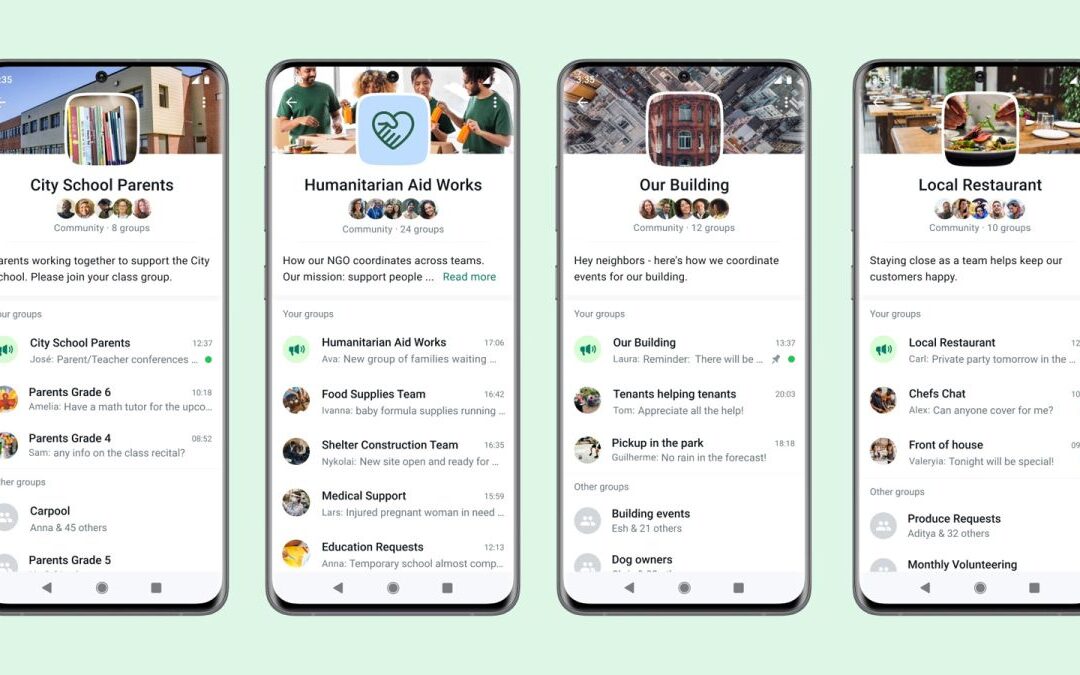 WhatsApp has made a lot of tweaks and improvements over the past few months, and there's a new one you should be aware of: the Communities feature that works similarly to public servers on Discord or Slack, which can then be broken up into small groups based on need. .

According to the official blog post announcing the news, the communities will "allow people to bring separate groups together under one umbrella to better organize conversations." The update is rolling out and will take a few weeks to reach everyone.

The idea is that the feature will facilitate communication between nonprofits, local clubs, schools, and other groups; school leaders could use these communities to share important announcements and updates, for example.

WhatsApp is also introducing a bunch of other new features for group chats, whether they're part of communities or not: voice calls for up to 32 users, improved file-sharing capabilities (up to 2GB), and the ability for admins to delete messages. . that do not suit the group.

We'll also get emoji reactions to messages, the same reactions you're probably used to on all other chat platforms, including Discord, Slack, and even Facebook Messenger.

It looks like at least some of these features will be released to beta users first before everyone has access to them, so don't panic if you can't see them right away. For more details on what it entails, check out the official blog.

Meta-boss Mark Zuckberg is no stranger to snatching the best features from other apps, or even apps entirely. Take Snapchat's stories feature, for example: Once Zuckerberg realized how popular the format was, they brought it to Instagram and Facebook as quickly as possible.

Since then, Instagram and Facebook have done their best to copy TikTok and build on its success, though these efforts aren't seeing much success so far. Recall that Instagram and WhatsApp were bought and gobbled up by Facebook as they began to take market share away from it, while Snapchat rolled back Facebook's advances.

With that in mind, the introduction of familiar Discord and Slack features to WhatsApp shouldn't come as a real surprise. Zuckerberg himself says that Communities is "an important evolution for WhatsApp and online communication in general," speaking as someone who has used these other products that WhatsApp competes with and seen how well intuitive they can be.

As Slack has been with us for eight years at this point, WhatsApp is pretty slow, but the intent is clear: to make sure you spend as little time as possible on apps that aren't made by Meta. As with all other tech giants, Meta wants to lock you in as much as possible on their products.