I've been thinking about the notch a lot in recent days, ever since I saw the news that the iPhone 14 might have the old 'pill and punch' design.

I'm not talking about the idea that the new iPhone will do away with the notch altogether - we've been hearing that rumor for a few years, ever since it first appeared on the iPhone X in 2017 - but rather that Apple might opt ​​to. for the 'pill and punch' design instead.

I wrote something about it yesterday, but I've been mulling it over ever since, and had another thought as to why it will stick around, even as I try to think of what might bring it down completely. Apple notch.

I already told the reasons for the loss of the petite découpe en haut n'a pas de sens pour Apple… notamment parce qu'il a besoin d'un endroit pour loger all the sensors and cameras that allow Face ID to work.

But don't misunderstand what I'm trying to say: I desperately want to see the notch and every little thing that interferes with a smooth display disappear from all smartphones. It's a necessary evil, sure, but I can't wait for the year when having some kind of notch or hole in the screen of any phone released is truly rare.

But I just don't see that happening in 2022. Maybe I'm wrong. Maybe the iPhone 14 and 14 Pro will come with the notch and the iPhone 14 Max will have something different. Maybe Apple will rip out its own design rule book.

But after covering every iPhone launch since 3G, we've rarely seen massive changes like this: the notch, surely, remains.

a notch is needed

Apple doesn't do anything unnecessary. When we talk about the early days of the iPhone, it didn't let you copy and paste things between apps. He didn't have a good camera for years.

It wasn't until the iPhone 13 series that it finally offered decent battery life; Of course, that was probably a byproduct of needing more power to enable 5G connectivity, but I was surprised, when I tested battery life, that Apple hadn't done a great song and dance with this huge increase in battery life. when the iPhone 13 launched. The notch houses a few key elements for the iPhone: an array of sensors, the IR blaster that enables Face ID to work, and the front-facing camera.

These are larger sensors than those found in most Android phones because Face ID needs them - they must have a home somewhere in the chassis, so when the iPhone X was made it was the best compromise Apple could find. .

So anything that replaces the notch should achieve the same functionality, and I don't see any technology in other phones that can do that at the moment.

The alternative to the notch is ugly Surely the iPhone will not look like this? (Image credit: Ark Click/Weibo)

Okay, I immediately lied. A few things come to mind, and one of them is the subject of many rumors about the new iPhone… but I don't see that happening.

The punch hole and lozenge-shaped opening have been used on some phones lately and allow more screen to spill over their edges, giving you a little more screen real estate.

But they just sit there, slightly ruining movie viewing or internet browsing, so it's hard to see how they're any better than the notch.

There is also the biggest problem: making these two holes differently is, by nature, asymmetrical. I don't see a company so obsessed with design (did you know that the edge of seats in new Apple stores has the same curvature as the iPhone 11?) would put something so ugly on it.

I mean, Apple could go for a pop-up sensor, but they can fail and also don't allow for a seamless display of notifications when you hover over your face, which is extremely unlikely given that this is such a fan-favorite feature. So the only option would be to get rid of the sensors needed to activate Face ID: use the front camera? Less precise, less sure. will not arrive

So the only option is to add an under-display fingerprint scanner. Now this one has legs as an idea: Apple might as well do it. It's a technology teetering on the brink of viability, as brands like Samsung have implemented it quite well in things like the S22 Ultra, but it's still prone to weird execution, as this piece on the Pixel's in-screen scanner unfortunately shows. .

Apple could definitely ditch Face ID in favor of the tech if it improves its capabilities (and I'm sure we'll see it as an option in the near future), but that would require taking the camera down a smaller notch to totally lose the notch and As we shall see, that is highly unlikely.

The "real" technology is not ready Not a notch in sight on the ZTE Axon 30. (Image credit: Future)

Of course, the true "full screen" iPhone is the goal here. Something that has nothing annoying about the screen, where the sensors are there but somehow hidden.

Realistically, this could only be achieved in two ways: move the earpiece and place the sensors in the frame, or place them under the screen.

Of course, we've seen a number of Android phones try the same thing, and they're getting pretty good: the ZTE Axon 30, for example, does a good job of taking selfies without a visible front-facing camera.

But "good enough" won't go away for Apple, which is determined to talk about its camera prowess all the time. Having an under-display camera also inherently covers the sensors slightly, meaning Face ID will likely be slower and/or less accurate.

The only way it will work is when display technology evolves to let in enough light for Apple's image processing to do its job, and infrared sensors for security can be miniaturized enough to sit in the frame... but not yet. we have arrived there.

The notch is iconic, and people don't really care 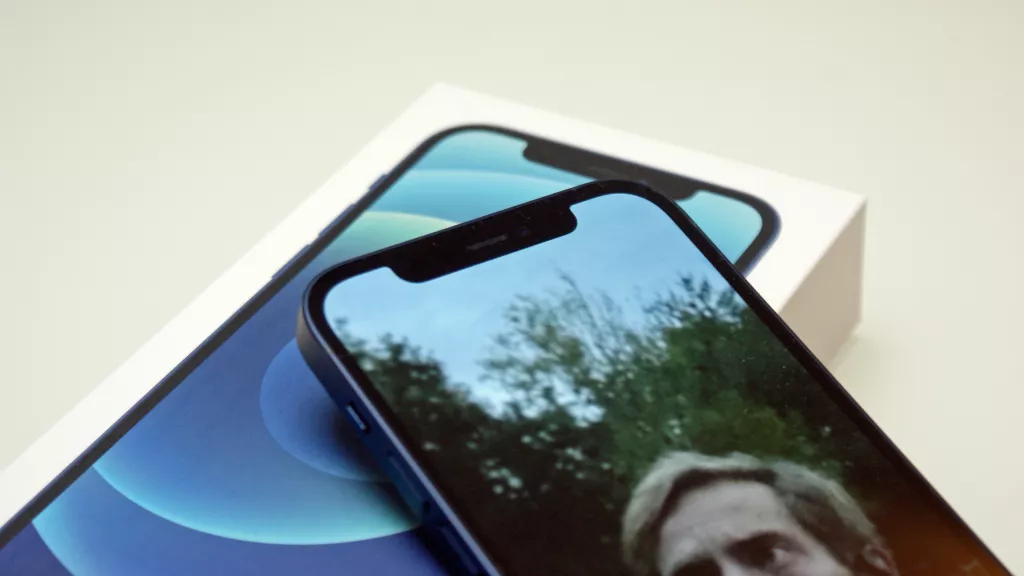 I'm sitting here in a cantina, thinking about the notch and if it's going to continue… and I can see three people in my immediate vicinity, all using recent iPhones with the part of the screen cut out at the top.

The truth is, while the notch isn't the ideal solution, Apple has embraced it and users aren't that upset. Reports that the iPhone 13 is a record-breaking model, hitting around 40 million in sales, suggest there's not much of a problem with the notch in the eyes of those considering which iPhone to buy.

That's not to say that people like it, because it's still kind of ugly and annoying, but a discussion on the r/apple forum on Reddit, discussing whether the notch should stay or go, partly explains the feeling:

People don't see it anymore. Another commenter on the thread breaks it down even simpler:

“Yeah, [Apple] tries to make [the notch] part of the design as best they can. Yes, they exploited this "design anomaly" for their brand, it has a very unique "icon" translation. if it is not necessary [sic] ugly or aberrant.

As shown here, Apple has leaned towards the notch. He went from horror to emblem.

Dented the phone icon, instead of pretending it's not there. People see a smartphone logo with a cutout and instantly see an iPhone.

Apple has gone so far with the idea that it can put it in the MacBook Pro last year and it (kind of) makes sense, although it clearly doesn't compared to various rivals that don't use the same thing. 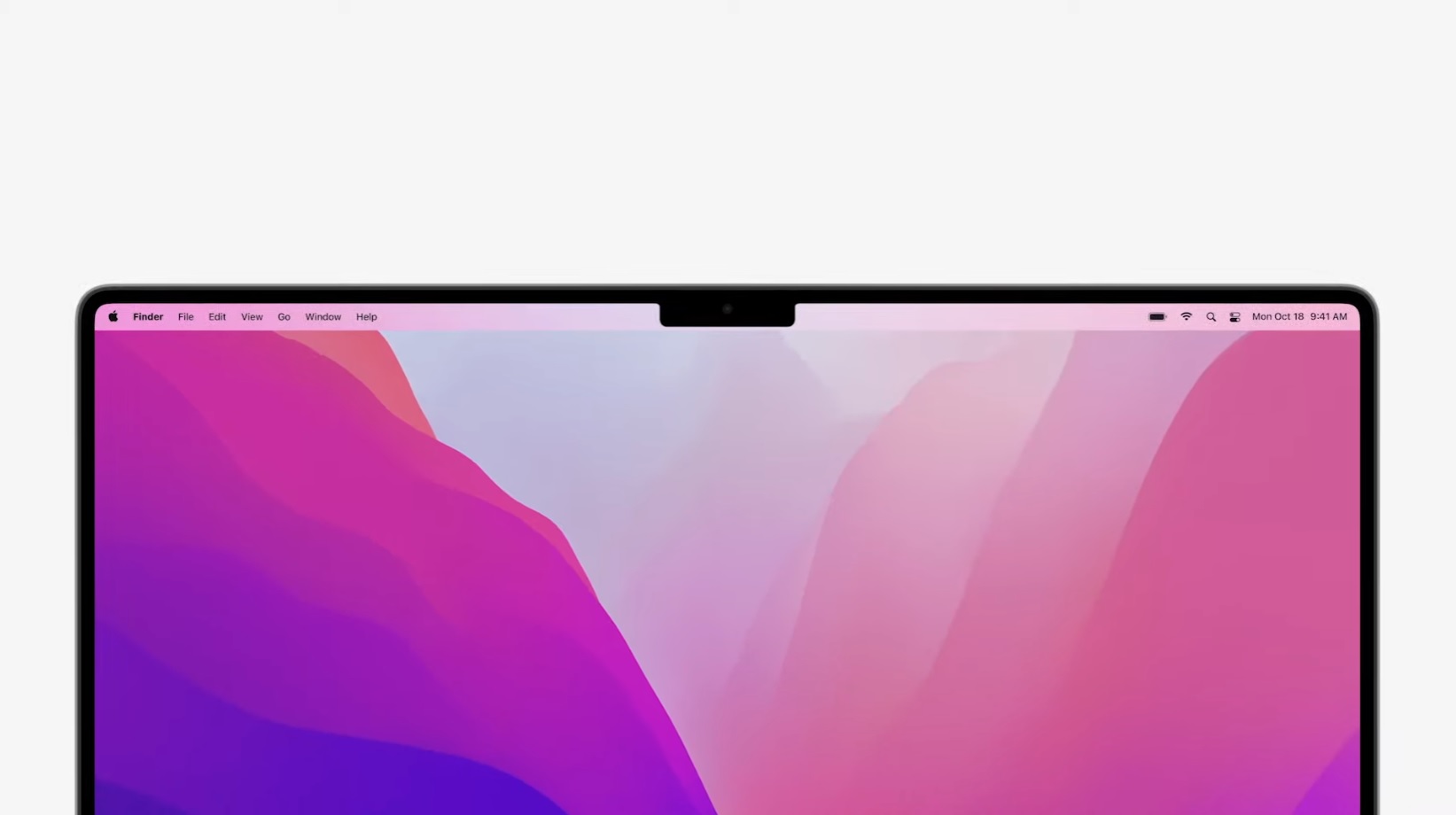 So… it seems likely that we will still see the notch on the iPhone 14. I don't see how Apple is abandoning it.

But then again, I couldn't believe the brand had lost the headphone jack from the iPhone 7, even though people wanted it then (and still do). I'm sitting across from someone with the Lightning Headphone Adapter, and yet Apple has been adamant in its yelling attitude to bring it back.

So maybe I'll be sitting here, writing another review in September, talking about how Apple found a way to stack the pill and bump design in the middle of the screen in a "sleek" way.

Or that it ditched the notch altogether and spent a fraction of its massive R&D budget to figure out how to do it.

Or… maybe the notch is just 7% smaller, a little taller, and that will be enough for another year to spur iPhone sales and upgrades.

And if you don't mind, it might be time to bite the bullet and go for the iPhone 13. We're still far enough away from the iPhone 14 launch for you to get a decent deal, and it's too long to wait until August to get it. best prices - take a look at the latest prices and see what you think.