Giving up my smartwatch helped me rediscover my love of running 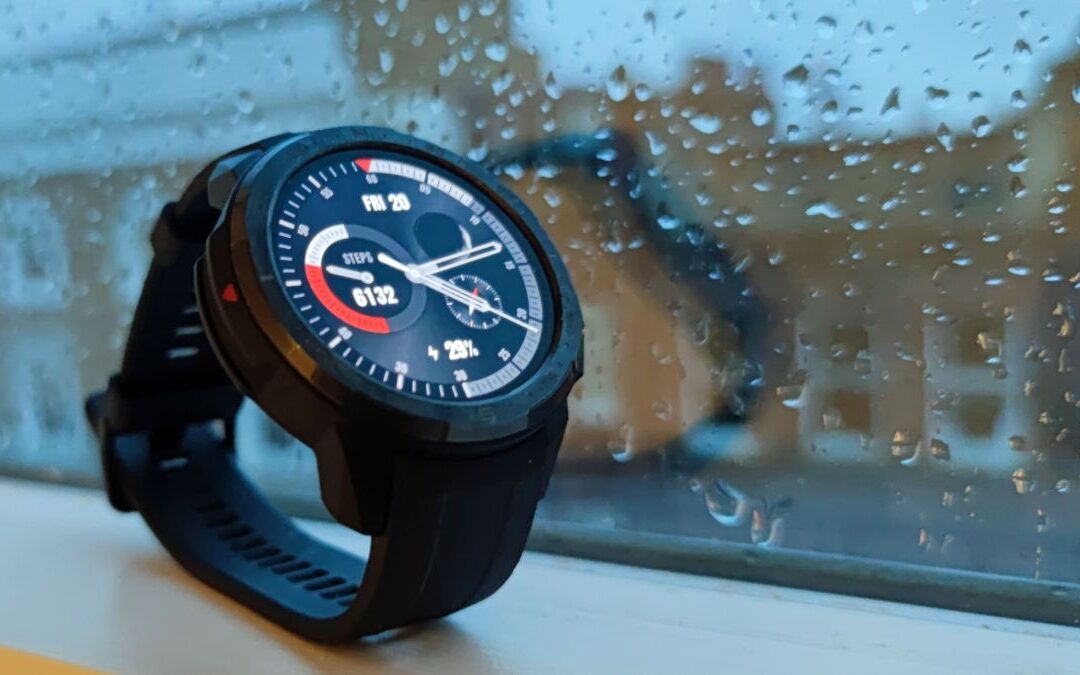 The best smartwatches offer plenty of fancy features for regular runners, and I've tested devices with tons of tools that have helped me improve my speed and time.

These features range from built-in GPS, which lets you track where you've been, to precise breakdowns of the different stages of your journey, and even modes that tell you how long you need to rest between workouts.

But after years of using running tech — smartwatches, running watches, and fitness trackers — I've started to realize they can be more of a curse than a blessing.

I tried quite a few smartwatches and wearable fitness tools during my time on TechRadar - I even used to write a bi-weekly workout column - and became addicted to using these devices to track my time, distance, and stats. I used to run three or four times a week and work out at home every day.

That is, until Black Friday, which is a terribly busy time for tech journalists. I was working 12+ hours a day, often overnight, and it completely messed up my hours of operation. I didn't exercise at all for several weeks because I didn't have the time or energy.

Working out afterwards was…a mixed bag. It's hard to build strength and endurance after losing it so dramatically, and smartwatches have made it that much harder.

Since I was wearing my smartwatch all the time, I already knew the exact times of my various routes. I knew that my "standard" route, around three different London Tube stations near my home, initially took me 45 minutes, but I managed to cut it down to an average of 42 minutes and a personal best of 39 minutes.

He knew how much time he would add if he took a warm-up lap in the park, took a different route to the river, or ran to a nearby Heath. Each of my regular and beloved routes had their Personal Best Times (PBs) pinned to my head.

But after letting my exercise routine fall apart, I didn't even come close to those moments. My standard route took me around 48 minutes, and even getting to that time was exhausting. It was the same for my other tracks. It was discouraging.

And all the while, the smartwatch strapped to my wrist reminded me of my bad times, how long I had to run, how my heart rate increased. The trackers became constant reminders of my failing health. So instead of being constantly insulted, I just stopped running.

After some disappointing races in December, I stopped racing or training regularly. I didn't need to be reminded of my inability to get closer to my PB or hit the same number of reps as before.

This obviously was something of a Catch-22 situation. I wasn't running because my time was horrible. My times were terrible because I wasn't running. It was better to avoid it altogether.

Every time I considered going for a run and turned on a smartwatch or fitness tracker, I reminded myself “you haven't run in 50, 60, 70 days. Idiot, Tom. 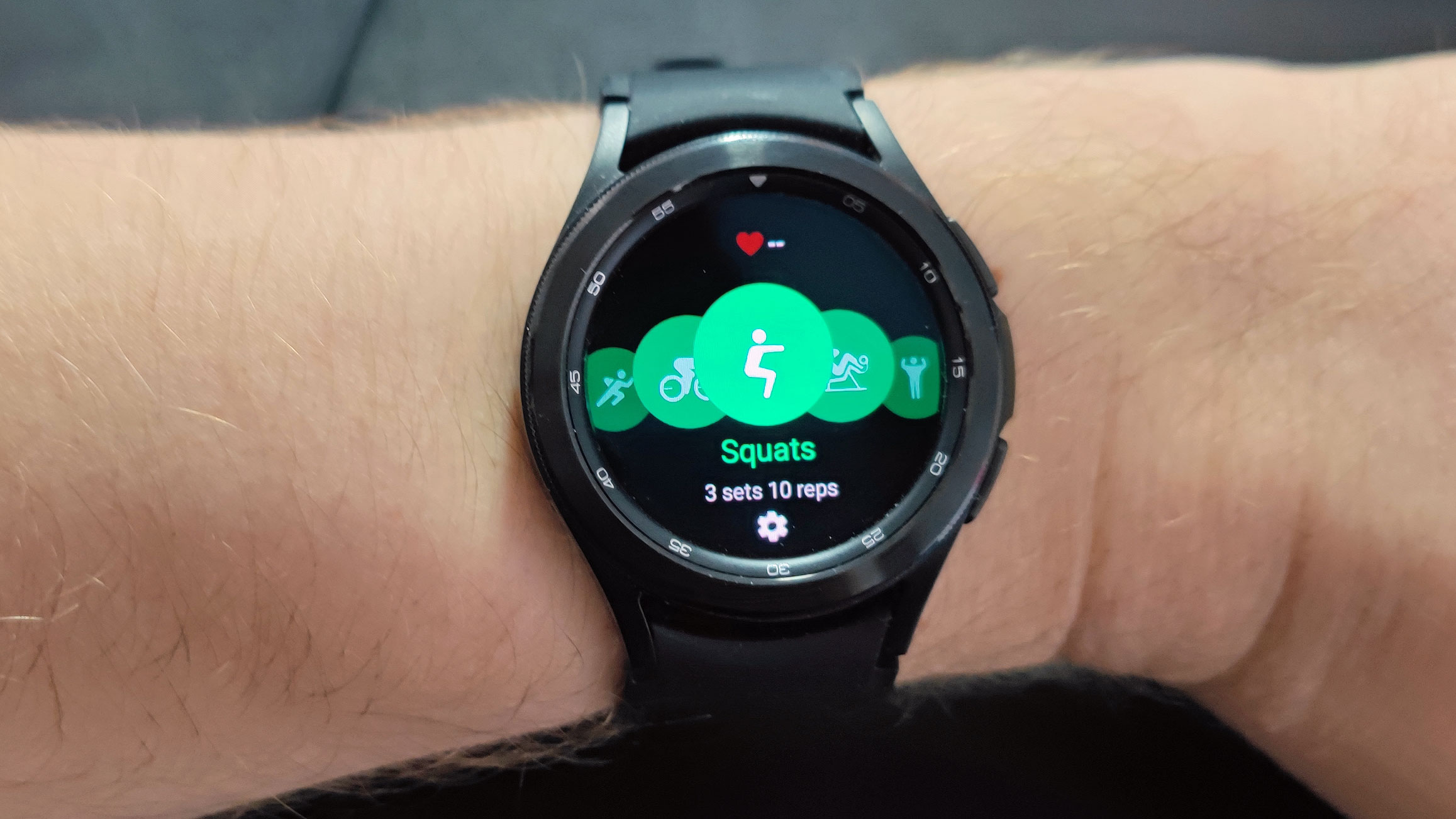 But then I moved. I deviated from all the routes I had carefully designed, all the distances etched in my mind and the attached lap times and personal bests vanished. I was in a new part of town with no numbers or numbers to worry about.

And so, one sunny day, I did the unthinkable: I just laced up my running shoes, left the house, and ran. I didn't bring my phone or headphones, especially my smart watch. With just a bottle of water and my house keys, I hit the road.

I live quite close to Hyde Park, a large open space in London, and I found myself running around it until, shrugging, I stopped at one of the tracks that cut it in two.

If you're familiar with Hyde Park, you'll know that these tracks aren't all straight lines: they jut out into open spaces, cross each other, and lead to other winding tracks. I didn't follow any predetermined direction or track, I just ran where my feet took me.

It was a refreshing trip to nature (well, as natural as a park in the middle of a metropolis), where my route was dictated by my whim and my music was just the sound of birds and dogs.

When I came back, I had no idea how far I had traveled, or how long I had traveled. And it was an incredible experience, I lost myself in the sublime feeling of running, the joy of putting one step ahead of the other.

How I felt about the run wasn't quantified by measurements or statistics provided by a wearable device, or by comparisons to previous rides, just by how good I felt after the run.

I had an even stronger response going down a nearby channel a week later. This time I brought my phone for the music, but again I ditched the fitness tracker and didn't time myself. 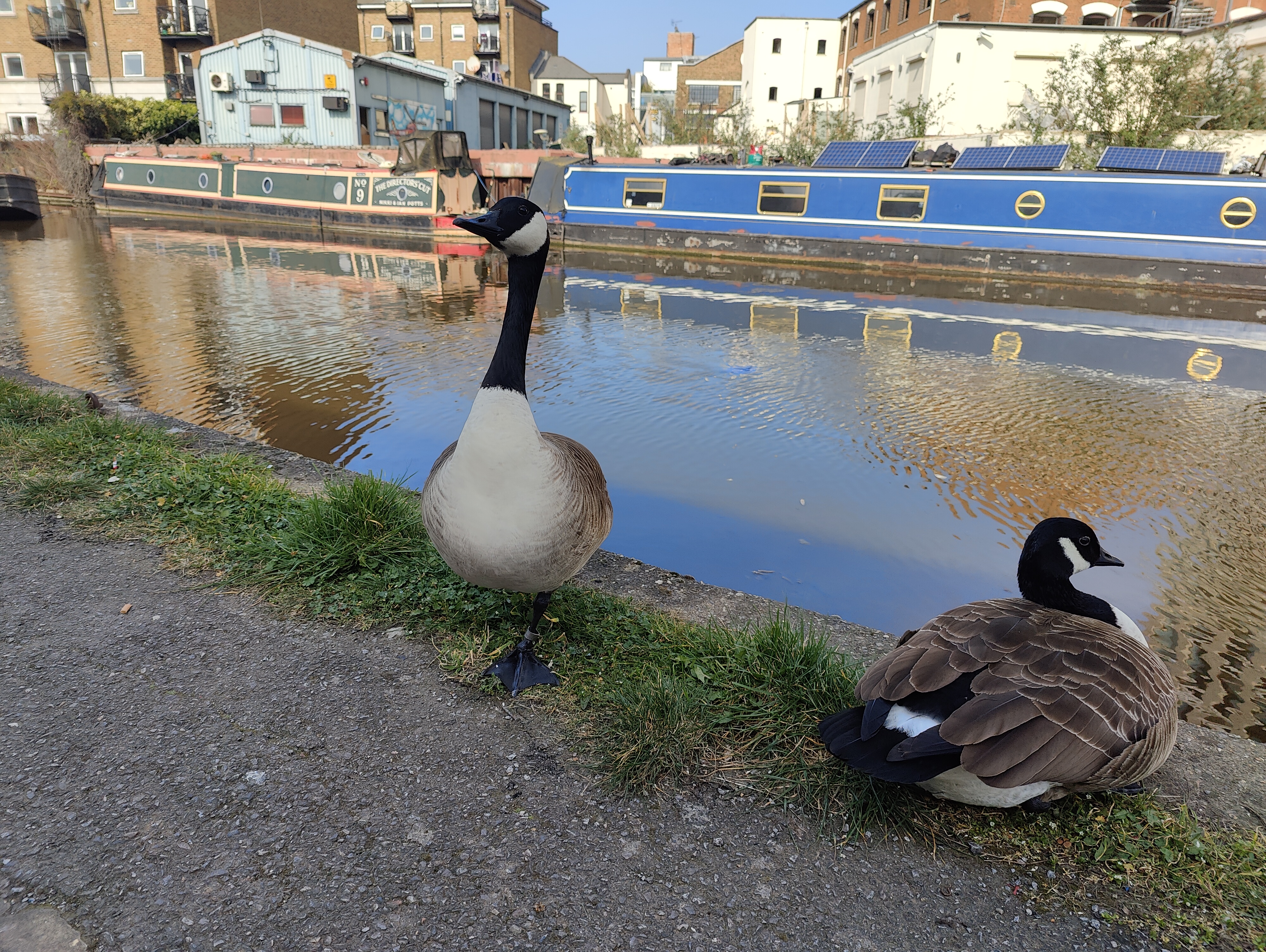 From my collection of OnePlus 10 Pro camera samples, here are some feathered friends I made on the run. (Image credit: Future)

I don't know much about the canal I traveled other than it goes on for miles and miles and miles. And the more I ran from central London through the outskirts of the city, seeing my surroundings change over and over again, the more I seemed to enter a timeless state.

It was an adventure, not in the sense that tech brands try to sell gimmicks, showing off fancy GPS that works in the mountains or modes that track your climbing speed. I wasn't in the wild, I was at Park Royal, but not knowing where I was, how long I'd run or how far I'd run, I peeled myself off all those meaningless numbers.

I kept running along the canal, I kept turning around the curves onto undiscovered stretches of dirt, I kept asking myself "what's next after this next turn?" 'What will the next area be like?' After being repressed for two years of confinement, my desire to travel appeared.

After a long time, I reached a threshold. I knew that if I continued, if I continued to watch what the channel had in store, I would never want to go back (I was only supposed to be on my lunch hour from work, maybe I would continue my endless run in this limited amount of time) was a bad idea). So I turned around and retraced my steps.

It is for me the pleasure of running. Being lost in the feeling of your feet touching the ground and hugging whatever path is graced by your shoes. Forget silly things like time, distance, and heart rate — metrics that anchor us to the boring realities of exercise — and instead, let's see what's on the horizon.

I don't think I could have this sublimity experience if I was wearing a smart watch, if I had a device attached to me that silently screamed 'you've been running for 15 minutes', 'you've run 1km' I needed to lose those numbers to get the fun back from track.

keep an eye on him

I can't be the only person who feels caught up in his constant need to improve himself, to make each circuit faster, longer or more efficient than the last. But that distracts from the fun escape from outdoor exercise.

Even if you don't think self-comparison is wearing you out, I recommend you try this: Get out your smartwatch and drive a route you've never driven before. Don't worry about the times or where you are, run until you get tired, then turn around and come back.

If you have a natural space to run, that's fine, but it doesn't matter. Try to avoid doing repeated circuits in the same place; it's good if you don't really know where you're going (be careful, obviously).

For people who like to measure every step they take, this training will be a waste. It won't be on your permanent record, even you won't know how long you ran or the distance. Not only are these measurements not the goal, but not knowing these things is at the heart of this exercise.

Hopefully, by freeing yourself from all those numbers, you'll find yourself running because you want to, not because your fitness tracker tells you to. I hope this helps. Otherwise… well, you still learned something about your way of working, and that's great too.

Running is about escaping your worries, after all, not adding to them. So if you feel like his fitness tracker is doing more harm than good, you should get rid of him.

Does all this mean that smartwatches and running watches are bad? Absolutely not, different people work in different ways, and some people like to be tracked and have numbers to put each action in context. And I can't even guarantee that I'll never use these devices again; my job is literally to test the technology, after all.

But when I'm not trying on a workout outfit, I know what I'm going to do: drop the watch strap, steer me in a new direction, and let the road take me where I've never been before.