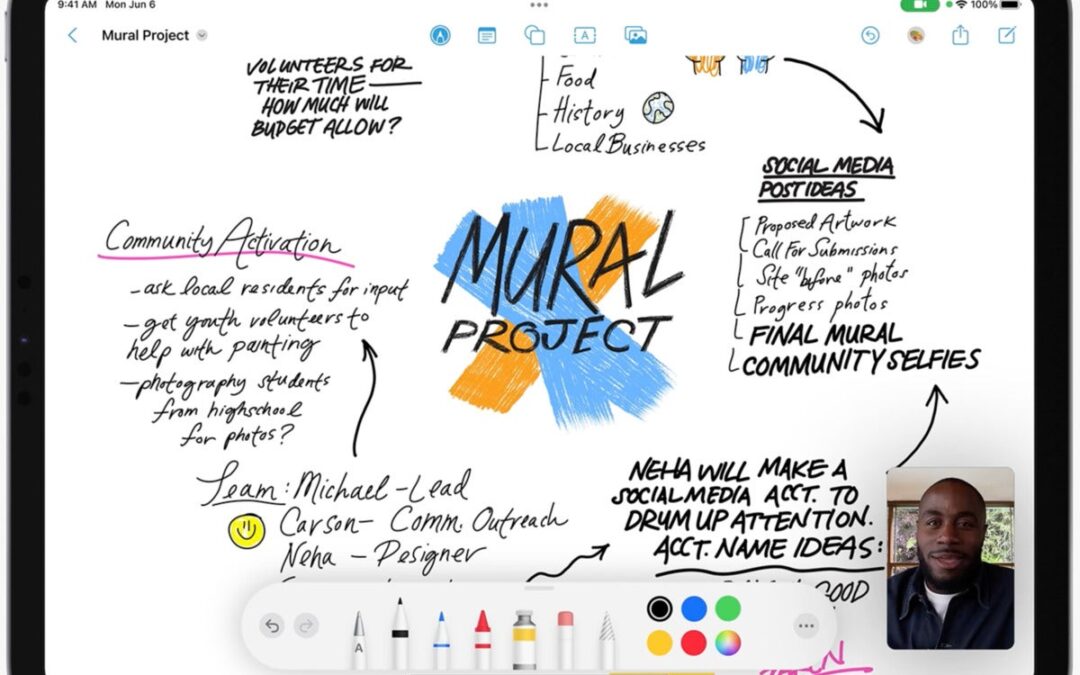 Apple, at its developer conference this week, unveiled a digital whiteboard app to support real-time collaboration between users. The snazzy app, called Freeform, was among the highlights offered by Apple executives during the WWDC keynote; they described it as a collaboration tool that could easily be used for project planning or brainstorming sessions.

But could its limited reach prevent Freeform from gaining traction in the company, just as Apple's FaceTime video app, unlike Zoom and Microsoft Teams, failed to reach large audiences during the COVID-19 coronavirus pandemic?

Freeform can be opened from within FaceTime: from there, users can access a shared whiteboard space to take notes and draw (there is support for Apple Pencil) and share content such as videos and PDFs.

Mouse cursors are visible to all participants, indicating in real time where other users are concentrating. You can also tap on a user's icon to quickly jump to what you're working on, which can be useful when tables are cluttered with information.

Freeform, expected to arrive later this year, will compete with many collaborative whiteboard apps aimed at workplace use. Mural and Miro are two popular standalone whiteboard apps, while Microsoft relaunched its Whiteboard app last year. Google, Zoom, ClickUp and Box are among other software companies that have recently integrated whiteboards into their products.

“With support for asynchronous and real-time collaboration, whiteboard tools are playing an increasingly important role in enabling teams to innovate, brainstorm and co-create when they can't be together, as evidenced by the continued growth of new companies like Miro. said Angela Ashenden, principal analyst at CCS Insight. "By leveraging the group messaging features of iOS/iPadOS/iMacOS and allowing users to invite entire groups to collaborate, Apple is looking to remove the friction of switching between apps and thereby improve adoption of its new tools."

While Freeform is comparable in functionality to other digital whiteboarding tools on the market, the app's availability only on Apple devices means it won't have as wide a reach, said Irwin Lazar, president and principal analyst at Metrigy.

"I might see this as useful for individuals or among small teams using Apple's operating system, but I don't see it having the mainstream appeal of more robust tools compatible with iOS, Mac and Windows," Lazar said.

Ashenden agreed, up to a point. "The problem is that of course all collaborators have to be Apple users, but that's the same for all iWork apps and we're still seeing consistent adoption of these tools by around 5-6% of everyone. employees in CCS Insight surveys," he said. he said she. .

Freeform will be available on iOS 16, iPadOS 16, and macOS Ventura when it launches.