Removing annoying participants from a Google Meet call will soon feel a lot better thanks to a new update.

The video conferencing tool will now offer a richer set of options for those looking to wield the hammer of justice, with the ability to not only remove participants, but also report and block them.

Hopefully, the change will put an end to disruptive users wreaking havoc on Google Meet calls, and it'll be good news for Jackie Weaver wannabes everywhere.

In a Google Workspace update blog post (opens in a new tab) announcing the news, the company noted that the move means that when a host or co-host removes a participant from a call, they will also receive a selection of resources. additional shares. 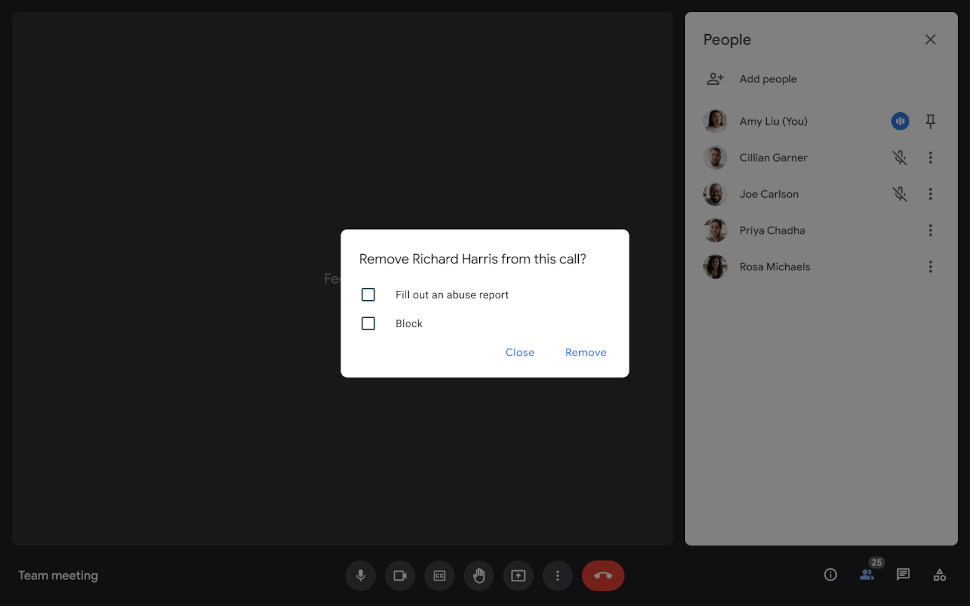 In addition to simply removing the participant from the call, you will now be prompted to file an additional abuse report and/or block the user from joining.

"We hope that these additional options will make it easier to manage your meetings and prevent further interruptions," the company said.

He notes that the use of the "block" feature should only be used when absolutely necessary, and that blocked users can be manually restored to the call from the "People" panel.

The update, which is rolling out now and doesn't require any special changes on the part of the user or administrator, will be available for Google Meet on laptops and desktops, as well as Android and iOS devices. It's available to all Google Workspace customers, as well as former G Suite Basic and Business customers, and users with personal Google accounts.

The news comes shortly after the company announced it would combine Google Meet with its more consumer-focused Duo platform into a single platform.

The move will give users "an integrated solution for video calls and meetings," as Duo will be rebranded as Google Meet later in 2022.