Explanation of the post-credits scene of Ms. Marvel 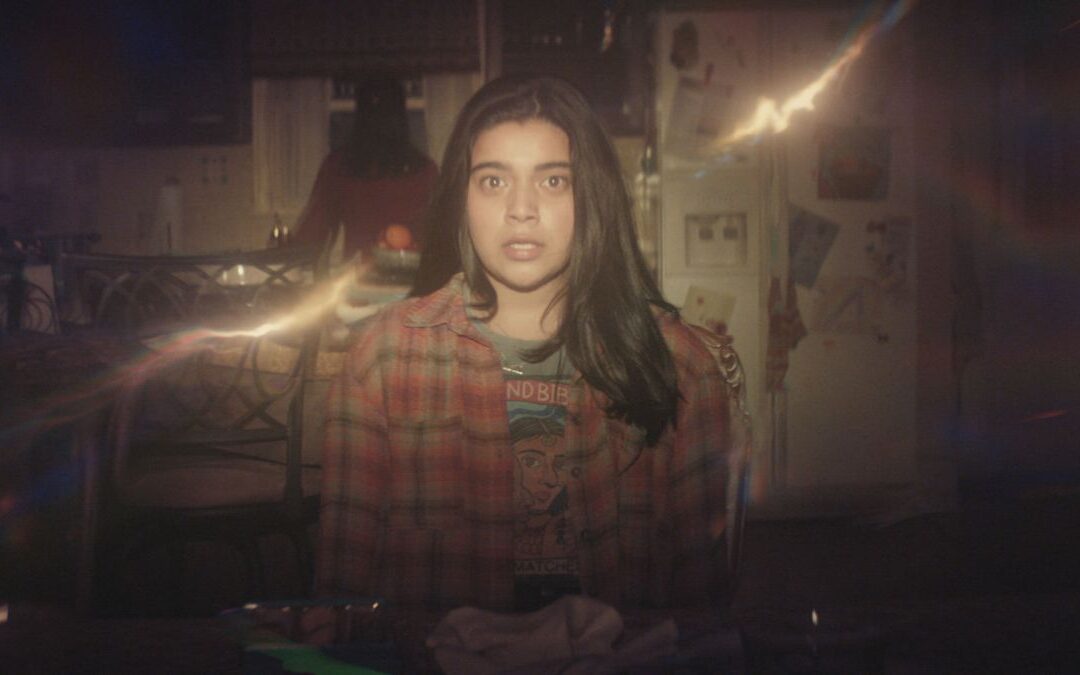 Ms. Marvel has taken her first big step into the Marvel Cinematic Universe (MCU). The fan-favorite superhero TV show has finally arrived on Disney Plus, and she's wasting no time finding her place in Marvel's behemoth franchise.

How? Well, the opening episode of Ms. Marvel contains an Easter egg that directly references Spider-Man: No Way Home. Not only that, but the Disney Plus show makes that connection in a post-credits scene. Yes, we're certainly spoiled for the latest MCU Phase 4 project.

If you need help figuring out what's going on in this post-credits stinger, we're here to help. Below, we'll walk you through what happens in this brief scene, who's involved, and what it potentially sets up for future Ms. Marvel episodes.

Be careful: we dive into Full territory of spoilers for the premiere of Ms. Marvel from now on. Don't read past this point unless you've seen the first episode of the Disney Plus series, or you'll spoil the surprise.

Wait, who is this character that works alongside Agent Cleary? (Image credit: Marvel Studios)

The scene begins with a mysterious woman watching a video of Kamala Khan, aka Ms. Marvel, using her superpowers at the first AvengerCon. This is after Khan puts his grandmother's old bracelet on his arm, which is imbued with mystical abilities that allow Khan to stretch his limbs and create energy-based platforms using cosmic powers, and accidentally displays his abilities during a contest. Marvel cosplay.

Naturally, accomplishing such a feat is sure to attract unwanted interest, which is why this anonymous woman is looking at the footage on her cell phone. She shows the video to one of her co-workers and says that she "had never seen such powers." Who is he talking to? None other than Agent Cleary (Arian Moayed), the Department of Damage Control (DODC) employee who interviewed Peter Parker at No Way Home about Mysterio's death.

Responding to her fellow agent, Cleary says that they should "bring her in," meaning find and arrest Khan to find out how she came to get such superpowers. The scene ends before we find out who Cleary's co-worker is but, in the end credits sequence, we see her walking past Agent Sadie Deever, who is played by Alysia Reiner from Orange Is The NewBlack.

Reiner was rumored to be playing someone named Deever before Ms. Marvel was released on Disney Plus. Since this speculation turned out to be true, it's likely that another part of these rumors is also correct: that agent Sadie Deever is the head of, or at least involved in, an organization called NICE.

Ms. Marvel post-credits scene: Who is Agent Deever? And what is NICE? 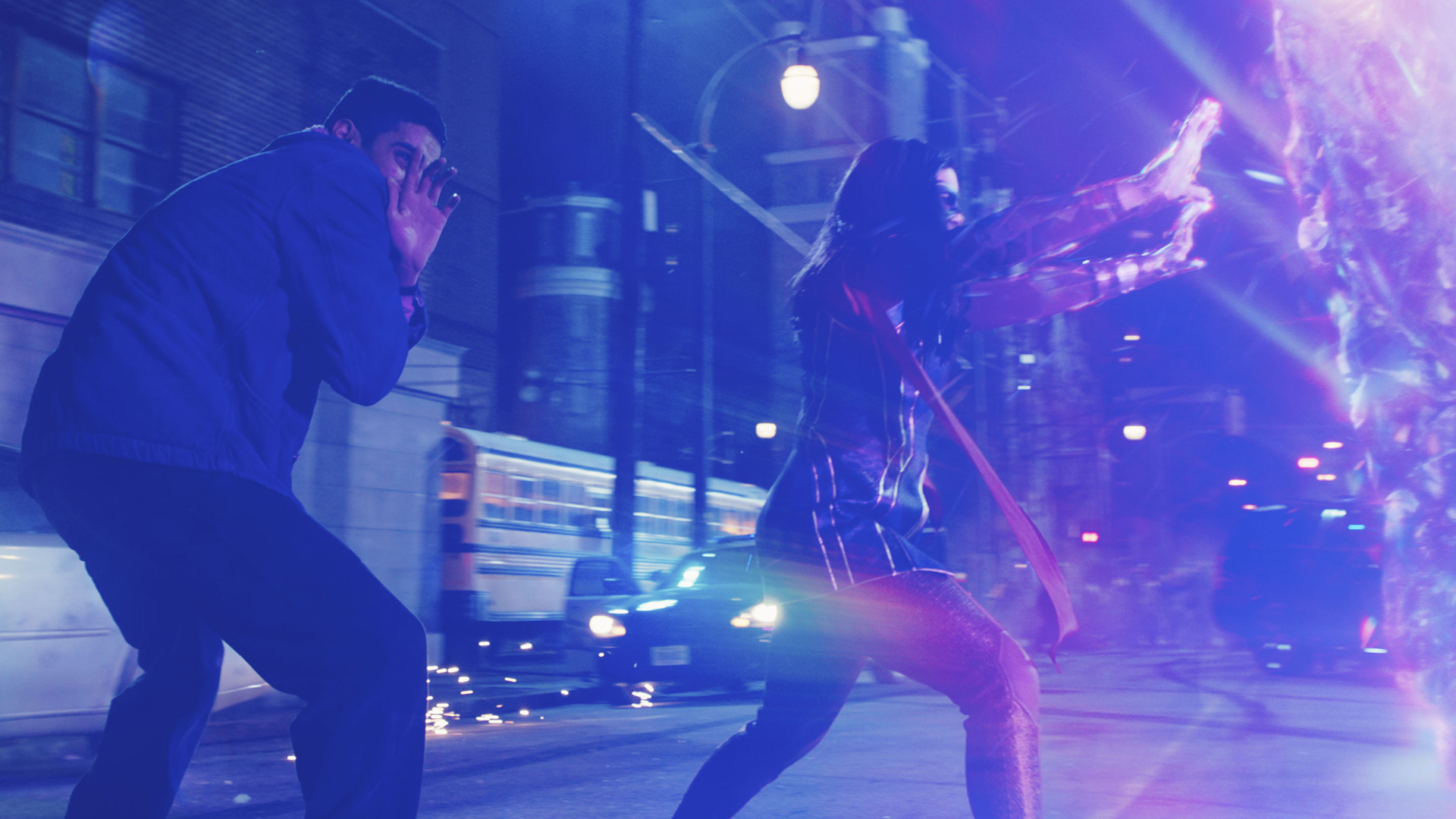 It looks like Ms. Marvel will have to stay one step ahead of NICE during her TV show. (Image credit: Marvel Studios)

Unfortunately, there is no comic book equivalent to Agent Deever or a government organization called NICE. As such, we can't delve into the backstory of this character or this company to find out how they might influence the plot of Ms. Marvel (or the MCU as a whole) moving forward.

However, there have been several leaks indicating the roles that Agent Deever and NICE will have on the Marvel TV show. High-profile insiders from the MCU, including The Cosmic Circus (Opens in a new tab) and MyTimetoShineHello (Opens in a new tab), have teased their respective roles in the proceedings, but that information has yet to be revealed. as part of the plot of Ms. Marvel.

If you want to know more about Agent Deever and NICE, we will briefly explain their antagonistic roles in the series after the image below. It's all a spoiler, so come back now if you'd rather not know. Ms. Marvel will have to take care of her… (Image credit: Marvel Studios)

According to MyTimetoShineHello, NICE is a government organization that was created after Avengers: Endgame. He spends his time capturing and imprisoning superpowered people he deems a danger to the public, which isn't much of a surprise, considering how the game ended.

With more and more superheroes emerging on earth and in the Marvel Universe, it seems like the US government is doing everything it can to combat these individuals and shut them down before they can do any more damage. They were already gearing up to rein in superheroes with the arrival of the Sokovia Accords in Captain America: Civil War. A lot has happened in the MCU since then, so it stands to reason that the authorities would want to crack down on any superpowered individual who might pose a threat to the world.

We're sure to find out what NICE stands for, as well as more information on how it was created, in an upcoming episode. For now, NICE is certainly targeting Ms. Marvel and, without spoiling anything (we've seen the first two episodes, so read our spoiler-free review for more), they're definitely positioned in a co-antagonist role. Better keep a cool head, Kamala.