These are the VR headsets Meta doesn't want you to wear 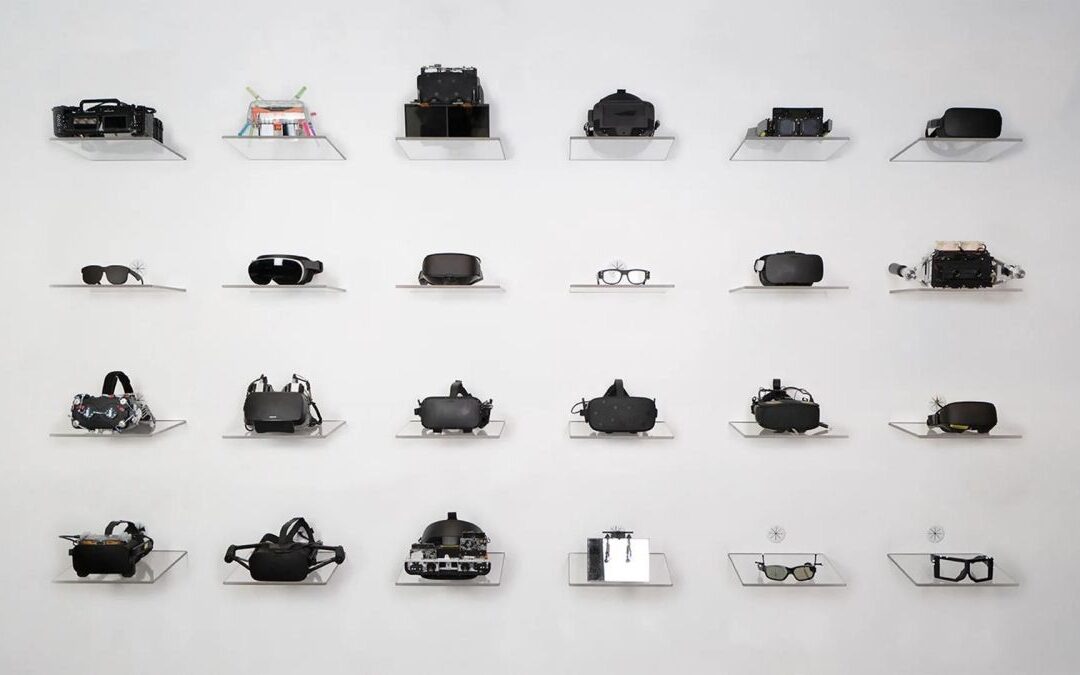 Meta has worked on more than a dozen VR headset prototypes, but doesn't want you to use any of them. That's because these big "time machines," as he calls them, are not for consumers, but are internal proofs of concept only for his internal designers.

During a virtual roundtable discussion last week, Meta CEO Mark Zuckerberg and members of Meta's Reality Labs division demonstrated several of these prototypes. Many of them have their internal circuitry exposed, and some even make it look like you're strapping everything on a desktop to your face, with extra-large cooling fans and hand grips on the side so your neck doesn't break under the ballast. .

The latter with the handles is a prototype called Starburst. The main thing is caused by Starburst containing a screen that can reach up to 20,000 nits brightness to vastly improve its HDR capabilities compared to Quest 2. A large TV can reach a few thousand at most and Quest 2 cannot reach only around 100. nits

High Dynamic Range (HDR) is the technology used by displays to bring out bright colors on your screen while keeping dark objects in the same image sharp. Without HDR, your image may look washed out; as if the contrast had been lowered too much.

Starburst in all its glory, with handles to hold it to your face. (Image credit: Meta)

Apparently, HDR is the technology most often associated with enhanced realism in VR. Unfortunately, Starburst is completely impractical as a real VR headset for ordinary people. But as with all other prototypes, Zuckerberg explained that the goal is for these headphones to "help us identify technical pathways that will allow us to make improvements that are significant enough that we can start to get closer to visual realism."

By taking the different aspects of their helmets to extremes, Meta is able to determine where the biggest gains can be made while still keeping their helmets usable. If there's an aspect, like HDR, that can have a big impact but isn't practical to implement with current technology, Meta can use these prototypes to determine which areas deserve more R&D resources.

So while we'll never see Starburst in action for ourselves, we might find echoes of its tech in headsets that Meta releases, like its upcoming Project Cambria headset and the so-called Meta Quest 3 (a follow-up to the massive People's Mission 2).

Butterscotch reduces the headset's field of view compared to the Quest 2, cutting it in half, but offers two and a half times the resolution. This near-retina quality display makes it easy to read text in VR, and Zuckerberg explains that Butterskoth offers 55 ppi.

Meta has previously stated that 60 pixels per degree (ppd) is what you're after. This is the mark where our eyes start to fail to notice improvements in visual fidelity, but currently the Quest 2 can only hit 21ppd. Apple is also trying to improve this aspect of its own long-running headphones, with high-end displays appearing to be a priority for the California tech giant. 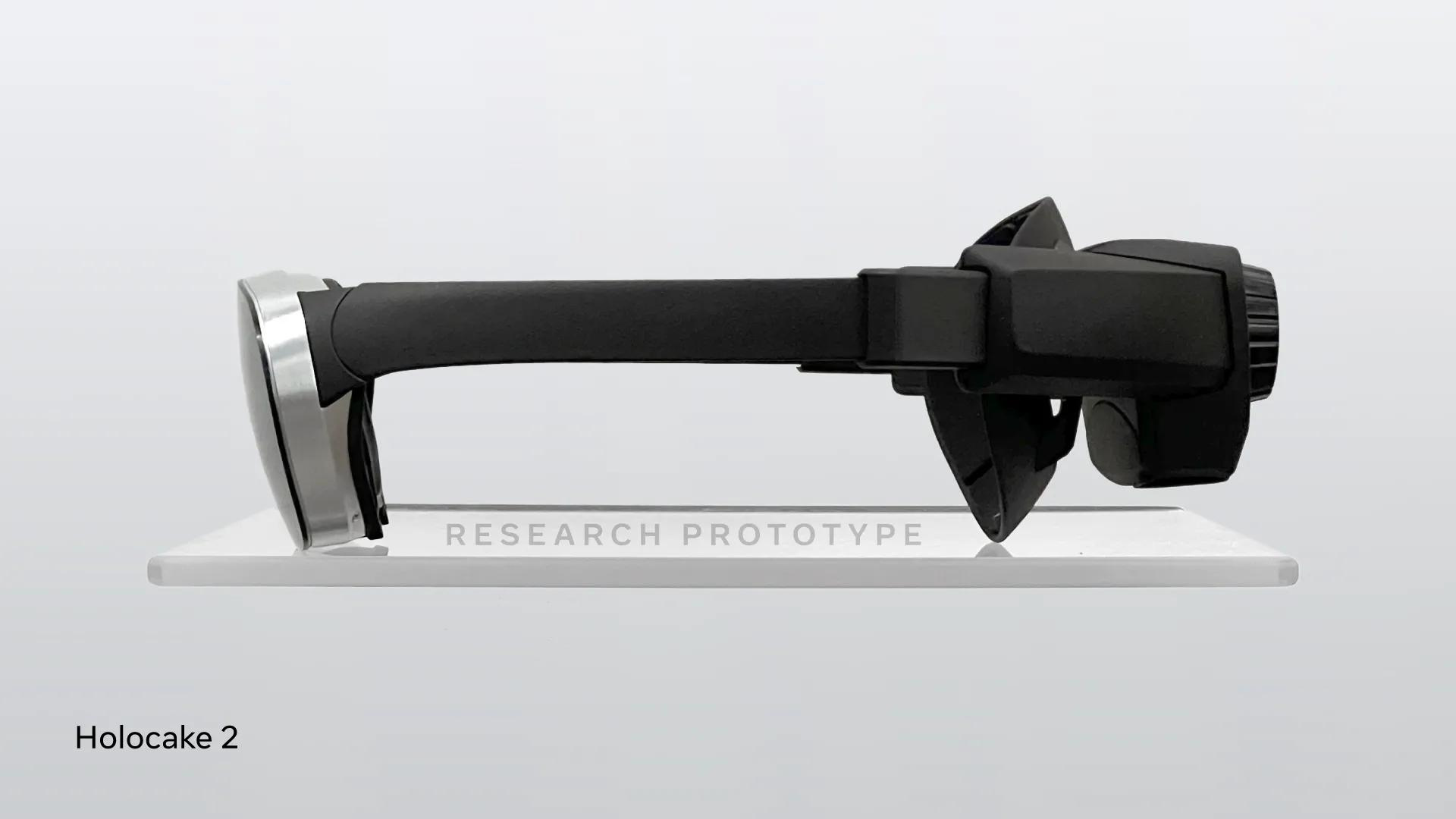 Then there's the Half Dome series of VR headset prototypes. Starting with the Half Dome Zero in 2017, the fourth generation Half Dome 3 is lighter and more comfortable, replacing the mechanical parts of the Half Dome 2 with electronically controlled liquid crystal lenses.

Using eye tracking, the Half Dome headset is designed to mimic real-world vision. If you're looking at something in the virtual distance, you'll be in focus while your foreground blurs, or vice versa if you want to look at something you're holding.

According to Meta, this feature helped participants become more immersed in their VR environment and made it a much more comfortable experience.

Last but not least was Holocake 2, the only helmet prototype Meta talked about that wasn't a real item. This sleek design could be mistaken for a skinny pair of ski goggles and is based on a 2020 model that used holographic optics.

As seen in the GIF above, the conventional approach on the left requires a fair amount of space and a thick curved refracting lens. Meanwhile, the right holographic optics method can use much thinner lenses and flat panels that can be squashed much more. The end result would be Holocake 2, a super light and small helmet.

Goal is still far from making it a reality. As Mark Zuckerberg explained, “We're going to have to do a lot of engineering to get a viable consumer laser that meets our specifications; it's safe, cheap, and efficient, and it can fit into a slim VR headset.

The security issues stem from the fact that Meta uses a laser instead of a standard OLED screen. Lasers and eyes don't mix, and we imagine Meta doesn't want there to be any chance that any of its VR headsets, prototype or not, will blind the user.

With the launch of Project Cambria still scheduled for this year, we hope it won't be long before we see some of these prototype efforts on display in one form or another. Based on what he's already shown, we can't wait to see what Meta brings to the VR space next.