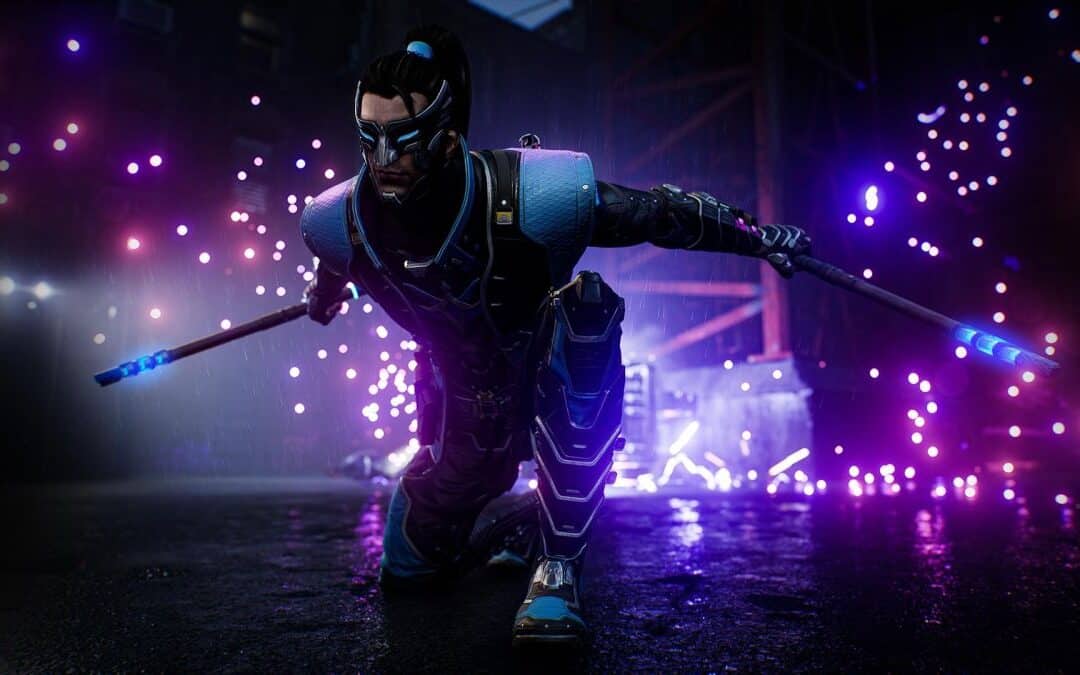 The Gotham Knights trailer covers Nightwing, the adult version of the first Robin, Dick Grayson. The game is set in a Gotham City without Batman, and despite having the support of his bat family, Nightwing finds himself shouldering the burden of being Gotham City's protector.

The trailer shows off a ton of moves and customization and is a great place to start if you're unfamiliar with the character. It's clear that Nightwing will act as the leader of the gang in some capacity.

Pay close attention to the number of haircuts you can give her too, from your normal bangs to a long ponytail and… an interesting cut. It certainly looks like you'll have plenty of ways to customize your Nightwing in the game. You can see the trailer here:

During the presentation, it was established that this was the first trailer in an upcoming series of character features, with three more showing the other playable characters: Batgirl, Redhood, and Tim Drake's Robin.

Gotham Knights is a compelling premise, emphasizing the characters that generally support players in the world of Batman. The game sees the four of them trying to navigate Bruce Wayne's death (supposedly anyway, it's based on the comics after all). It's up to them to fill those big shoes, coming together to keep their city safe.

While WB Games Montreal previously worked in the Arkham universe with Arkham Origins, this title attempted to stand out from that series and act as a separate story from that world. That said, the gameplay seems to be heavily influenced by this franchise, with special attention being paid to four-player cooperative combat in Gotham Knights, in which each player will be able to take on a member of the Bat-people at large.

Gotham Knights will launch on October 25 on PS5, Xbox Series X|S, and PC.