Discover the Oukitel WP19, the only battery-powered smartphone capable of powering a laptop 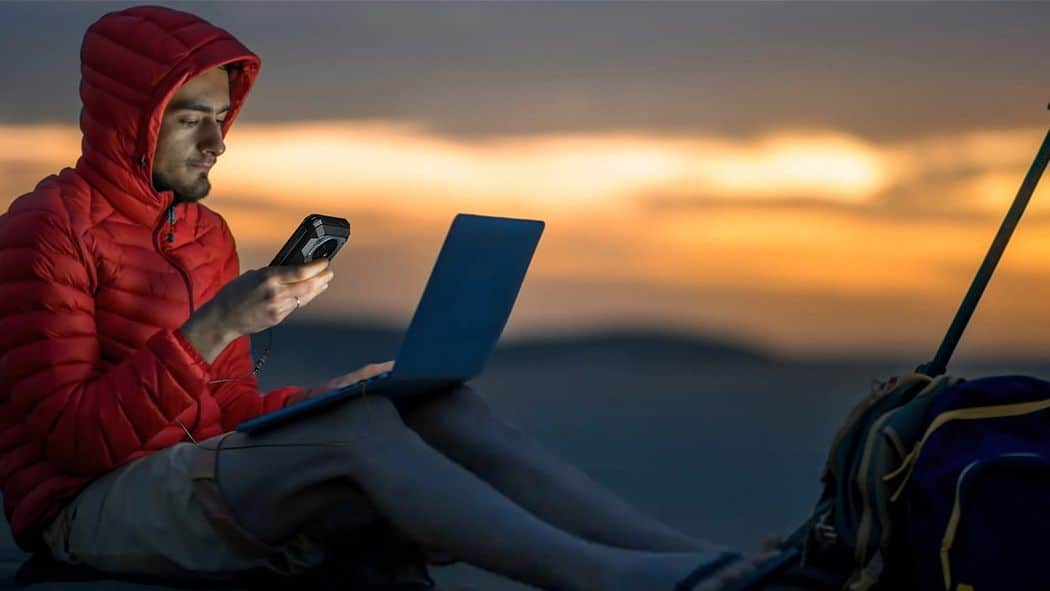 An obscure Chinese smartphone vendor is about to enter Guinness World Records with the world's largest battery in a smartphone.

Oukitel has announced that its WP19 rugged smartphone will pack a 21,000mAh battery, which is enough to charge an Apple iPhone 13 six times.

The huge battery could even be used as an emergency portable battery charger for laptops with a Type-C connector. With the right settings, you should be able to use it as a mobile hotspot or true wireless security camera.

A power bank glued to a rugged smartphone

Considering its main function, this phone cannot be expected to be slim. At 29mm, it's the thickest smartphone we've come across weighing in at 570g. The rest of its specification is solidly current; 8GB of RAM, 256GB of onboard storage, a Mediatek Helio G95 system on chip, a large 6,78-inch FHD+ display, Android 12, and more.

While the lack of 4G connectivity will dampen our enthusiasm, the presence of a 64-megapixel Samsung camera sensor, a 2-megapixel macro sensor, and a 20-megapixel Sony night vision camera on the back could prove a winner for those looking a good all-around device that can be used in the wild without worrying about running out of battery.

The phone is currently available for pre-order on Oukitel's official Aliexpress store (opens in a new tab) for just under €600 (about £480, AU$830), a price that includes free shipping for the phone. most territories worldwide but excludes customs duties and taxes as well as handling fees that may be charged by couriers. Expect the first deliveries to arrive in August 2022.

Smartphones with large batteries have become more and more available since the rumor generated by the unfortunate Energizer Power Max P18K Pop in February 2019. Since then, two 13 Ah smartphones (Ulefone Power Armor 13 and Blackview BV9100) and one smartphone of 15 Ah (the Oukitel WP15) have been released.

The price can be a bit hard to swallow, considering smartphones with the same feature set (except massive battery) can be had for half the price. So would the convenience of having a huge battery justify this equally huge price premium?