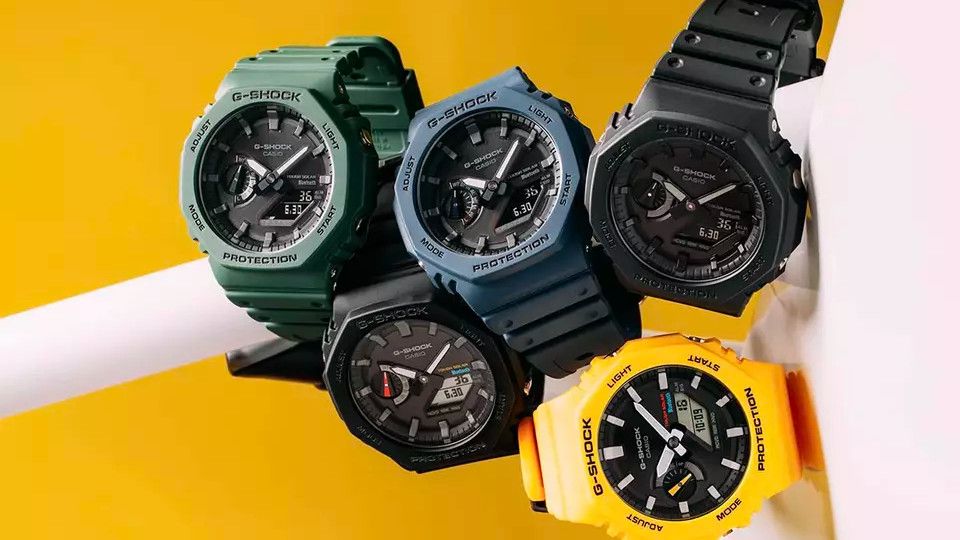 Casio has unveiled a range of five new G-Shock watches that add solar charging to one of the company's most popular models. The new G-Shock GA-B2100 series is based on the ultra-slim line GA-2100 released in 2019.

The GA-2100 was nicknamed "AlmostOak" due to its octagonal face, which somewhat resembles the Audemars Piguet Royal Oak. The GA-B2100 retains its predecessor's distinctive retro case design and resin strap, but adds a few small tweaks, like a new battery indicator where the GA-2100 displays the day of the week.

As G-Central reports, the new watch can run for about 18 months on a single charge with its power-saving features enabled, and giving it a daily dose of sunlight will keep it running for years without maintenance.

Despite this, the GA-B2100 weighs just 1g more than its predecessor, tipping the scales at 52g, and is just 0,1mm thicker.

The G-Shock GA-B2100 will be available in five colors at launch (grey and black, all black, blue, green and yellow) and comes equipped with Casio's Carbon Core Guard technology to protect its components from drops and bumps.

It is scheduled to land in Japan on May 14 and is expected to hit other places in Asia later in the month. We don't have a global release date yet, but it's likely to be released globally at a later stage.