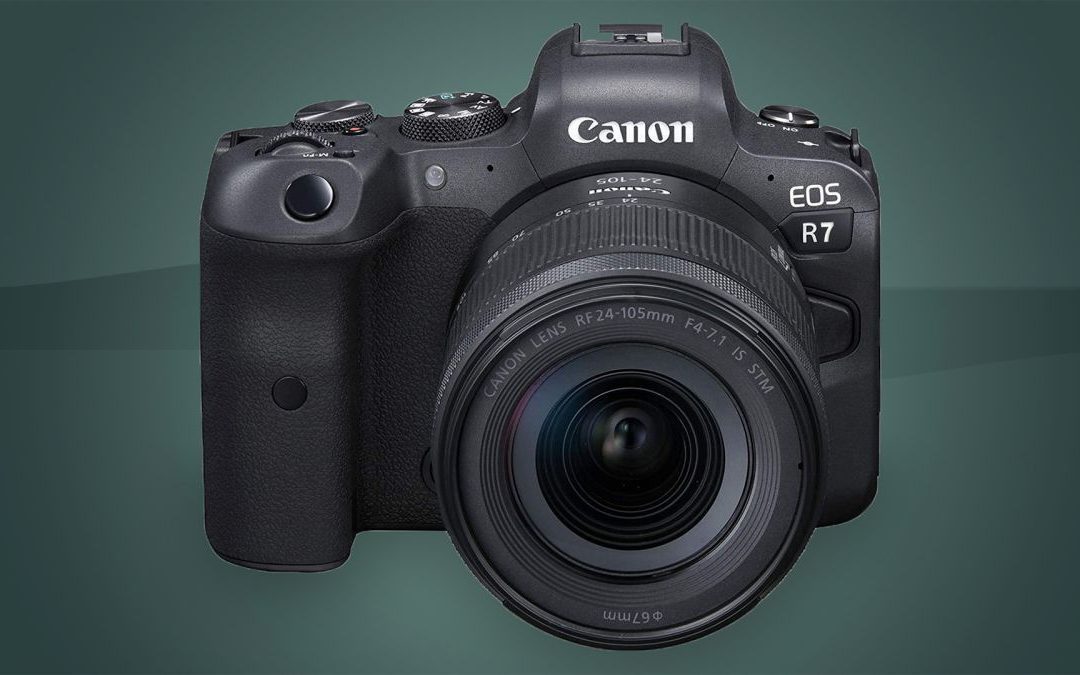 Until now, all Canon's RF mount mirrorless cameras have been expensive models and focused on professionals with slightly painful price tags. But the good news for amateur shooters and amateurs alike is that that will almost certainly change in 2022, according to new rumors.

Reliable Canon rumors have been told by a "solid source" that "Canon" will definitely launch "an APS-C RF mount camera in 2022." The site stopped short of naming the model or details, only mentioning the possibility of an EOS R7 that "could replace the EOS M line." But given the rumors above, the arrival of an EOS R7 is certainly the most likely scenario.

there has been a growing speculation about the arrival of a Canon EOS R7 or at least a Canon RF mount APS-C camera, for more than a year ago. Canon Rumors even reported in December 2020 that one of them has already been tested in the wild and was based on the Canon EOS R6 chassis.

Whether due to delays from a pandemic or simply the fact that Canon is targeting the Canon EOS R3 and expanding its lens lineup, the highly anticipated EOS R7 seems to have stalled in recent months. But it seems almost certain that an APS-C RF-mount camera will land in 2022, given that Canon Rumors has given their speculations a rumor note saying it amounts to a 'fact'.

The question now is, what kind of camera will it be and what does that mean for Canon's current EOS M series? The latter, which arrived in 2012 as a mirrorless alternative to Canon's EF-mount DSLRs, seems doomed. Canon is now focusing on making high-end glass for its RF-mount cameras, although the EOS M-series will continue to offer very affordable entry-level options for years to come.

We will have to wait for firmer rumors about the Canon EOS R7, if it is indeed the first RF-mount camera with a smaller APS-C sensor, but previous speculation has suggested that it would probably be 'a compact hybrid model for sports shooters and videographers. If it's based on the design and engine of the Canon EOS R6, it could be a recipe for Canon's most popular mirrorless camera.

Sensor size is usually a good indicator of a camera's price and target audience, and while many professionals, especially landscape photographers, use cameras with smaller APS-C sensors, it's fair to say that the arrival of a Canon EOS R7 would open up RF support to a whole new audience.

Previous speculation has suggested that the EOS R7 will not be an entry-level model, but rather a "mini EOS R6" for sports and wildlife shooters who demand a fast and light camera. But it's also likely to be the first of many RF-mount mirrorless cameras from Canon, as they'll replace the aging EOS M lineup in 2022.

Why does Canon need a whole new system for APS-C mirrorless cameras? Some might cynically say “sell more lenses”, but there are solid technical reasons why this makes sense. First of all, the RF mount has great advantages over previous Canon mounts, including a significantly reduced flange distance (the gap between the lens mount and the image sensor) and a data path that has a wider swath of band. This means that you can design new goals that were not possible before.

It also makes sense for Canon, and Canon photographers, to have only one mirrorless mount to worry about. That's an advantage Sony has often touted with its E-mount, which can be found on both APS-C and full-frame mirrorless cameras. This would allow Canon snappers and video creators to have two or more cameras sharing the same lenses.

The other benefit of APS-C sensors is that they can provide a longer range (with longer effective focal lengths) on smaller, lighter lenses. This means Canon should develop a more compact RF mount glass, or at least properly open the RF mount to other lens manufacturers, to help its new APS-C cameras realize their potential. But the Canon EOS R7, if ultimately called that, would certainly be an exciting first step for anyone looking to buy a powerful and compact mirrorless camera in 2022.