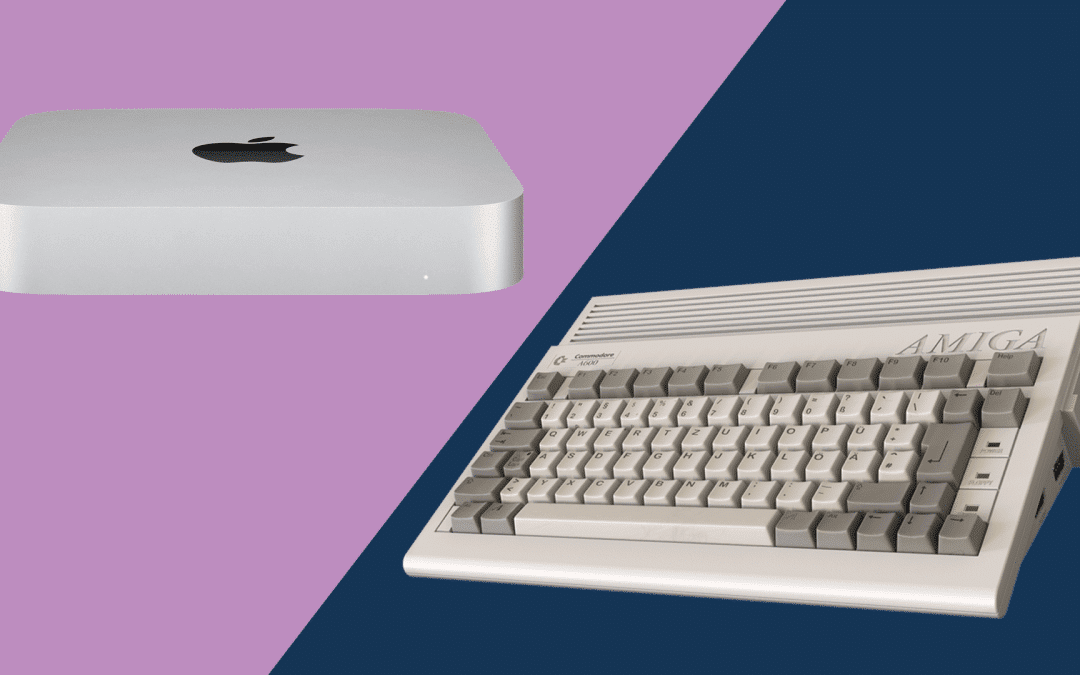 If you browse through forums and news sites, you will most likely come across conceptual ideas from users who want to give their vision of what an Apple or Microsoft product could be.

When having an iPhone was a desire for many in the early 2000s, I would see concept images from videos of iPods with a "Phone" menu, but in the same body as the iPod, or a design that looks like the iPhone. -blue from 1997.

However, one user went beyond this conceptual idea and removed the display from a MacBook Pro, but left the keyboard part intact.

Not only does it harken back to the days of the Amiga with its 2-in-1 design, but it gives me the idea that it could be a perfect replacement for the Mac mini.

A hybrid Amiga and Apple?

The Mac mini has been around since 2006, and Apple mentioned at the time that they could only do so thanks to the transition from the PowerPC processor to Intel.

But with another transition underway, Apple has repeated the same mantra, which is why we've seen a redesigned iMac and MacBook Pro so far.

Although others have tried to show that a smaller Mac mini could be powered by Apple Silicon chips, it still needs to have a keyboard and trackpad to use it.

That's why what follows makes sense in the long run, rather than being an effort to go viral for one day.

More and more people are buying a MacBook Pro without a display to use as a Mac mini. Not only does it have a trackpad and keyboard, but it also has better speakers, and the main price tag is particularly affordable. pic.twitter.com/WtxMQk1h8FMMarch 7, 2022

It would change the way a Mac mini works, especially if that concept could also run on battery power if needed.

You can take this hybrid to work and connect the HDMI or Thunderbolt cable to start the day. This would cut down on the setup you'd normally have to do for a Mac mini, since the keyboard and trackpad are already there.

But it's also reminiscent of the days of the Amiga, an 80s PC that let you do this with a similar design. It's one thing to look at a photo, but seeing someone using a broken MacBook like it's an Amiga 600 in 2022 makes perfect sense.

The design can work for a time when you can easily find a spare monitor in the office and get to work, without having to search for a keyboard and mouse.