Apple doesn't say much, but augmented reality is everywhere at WWDC 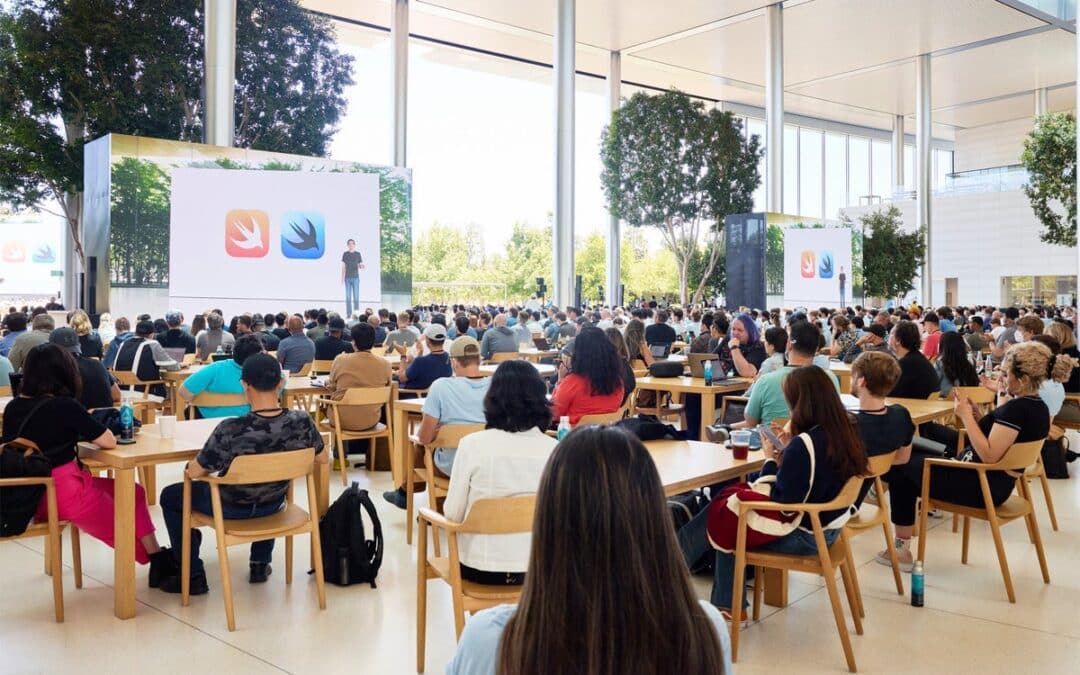 Although virtual, the elements (earth, air, fire and water) are as important in unreality as they are in reality. These virtual elements must be complemented with technologies that replace ordinary sensory perception: spatial positioning, object detection, remote sensing, etc. Combine all this and you have an operating system to emulate reality in unreality.

Augmented reality is everywhere at WWDC22

WWDC 2022 didn't see Apple mention the augmented reality (AR) glasses we all think they're working on.

And while augmented reality received a few mentions during the company's keynote on Monday, it didn't really evangelize the technology. It is quite different from previous years. Overall, the company has had something to offer on the subject for six years, with CEO Tim Cook saying, "We're long-term in augmented reality, we think there's great things for customers and a great business opportunity."

That he hasn't said much this year is remarkable.

While the company may not have mentioned much on stage, the development sessions that take place during the show tell a different story. They seem to show overt and hidden examples of philosophies and technologies to support AR in almost every way.

Even the ability to support multiple windows in Swift UI apps can be important as the company moves toward new ways to interact with data. This amazing camera-driven wide-angle desktop view tool for simultaneously displaying a user's face and a bird's-eye view of their desktop could just as easily be a tip of the proverbial hat for new ways to use it.

Do your fingers need a real keyboard when you can have a virtual one? When will we use our Macs as sunglasses?

What Apple is really about

Apple's WWDC dev sessions are laced with features to promote, activate, or suggest how Apple is at an advanced stage of laying the groundwork for augmentation on its platforms. Take a look at the session calendar and you will find relevant sessions, such as:

Helping computers understand where they are and what they can see is also an essential part of building augmented reality. RoomPlan shows how Apple is building the technology for this, even as the growing number of categories understood by its powerful search tool shows a growing understanding of surrounding environments. LiveText in Video makes every word you can type on the camera usable in all your apps.

And there's more Check out the growing crop of location data now available in Maps and MapKit, where you can explore entire cities in detailed 3D. LiDAR cameras give you depth. UWB can be an alternative LAN and supporting technology like Universal Scene Description. Take a look at these sessions one more time and you'll see that there are many that do double duty: supporting Apple's existing platforms and supporting those we think are slowly coming to light. .

More than it seems

I've only scratched the surface of what we can see, but the bottom line is simple: Apple isn't quite ready to discuss its broader plans yet, but at WWDC 2022 it's quietly equipping its developers with the tools they need to create ever more sophisticated . AR experiences. .

The focus on intelligent (machine) perception and understanding of the immediate reality around the computer is the deepest piece of this puzzle. Resolving it will allow Apple to offer tools to develop automated solutions for many roles. What we might end up calling realityOS for consumer experiences could very easily become an "industrial operating system" for smart manufacturing. Once you have perception, depth, location, and object recognition, you have the opportunity to automate.

Apple has all of these things, and it also makes the silicon to power them.

I've already gotten too far ahead of the reality we find ourselves in right now. But while Apple sounded quiet about its AR plans during its keynote, dig deeper and you'll see that where it matters, in its developer contacts at the event, AR and the technology to support AR are very much in vogue.

Meanwhile, everyone's favorite enigmatic Apple rumor miller Ming-Chi Kuo thinks the company will shed some light on its AR plans at a special media event in January 2023, 16 years after the iPhone was unveiled. by the company in January 2007. be a move that has some historical resonance and speaks volumes about the company's growing confidence in the platform it seeks to build. In my opinion, the company already has a lot of development technologies to support this next step. You just need a little more time to get it right.