Apple has heard your cries: iOS 16 will complete captchas for you 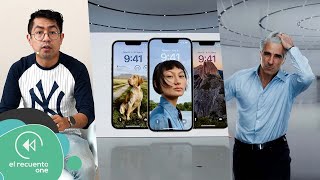 If you encounter a captcha that prevents you from signing in to your mail or elsewhere, iOS 16 can do it for you with additional code for servers that host websites and apps.

If you're not familiar, captchas are little pop-ups that appear when you log in to a website. It may ask you once or twice to select six boats from nine photos, and if you're successful, you're granted access to your account. But these have bothered many people over the years, mainly due to the fact that it is too complex an issue that is considered overkill to verify an account.

According to a developer video (opens in a new tab) from Apple, iOS 16 is getting another little feature that can get rid of those frustrations on your iPhone. This also has a big impact for people with accessibility needs, as this feature will allow them to access their account without a headache if they are hearing or visually impaired.

Apple is promoting private access tokens for this feature, which will be sent to the website's server as a means of authentication, letting the site know that the user has passed a security check through iCloud. While you can enable it by going to Settings > Apple ID > Privacy and Security > Automatic Verification, Apple hasn't confirmed if this will come to macOS Ventura.

Analytics: One useful little feature at a time Captchas are part of a legacy that must disappear forever on the Internet. Other examples, like solving a math problem or putting a monkey's arm in the correct position, are other ridiculous security methods that don't make sense to anyone.

Take banking apps, for example. For some purchases, you'll need to sign in to your banking app to approve a payment and then return to the appropriate shopping app or site to complete the order. There is no captcha, and you only use your face or finger (or PIN) to authenticate the purchase.

That's Apple's version of what banking apps already do, and it's a step in the right direction. However, what could make it a hit with users is that the code can be applied to a server that hosts a bunch of websites, like Cloudflare and Fastly. This means that adding this feature could be applied to all sites hosted on a server at once, speeding up captcha decay.

Once again, this is another little feature in iOS 16 that will make a big difference for many, especially those with visual impairments, and makes us wonder what Apple could do to get rid of the most irritating things we find on the web.